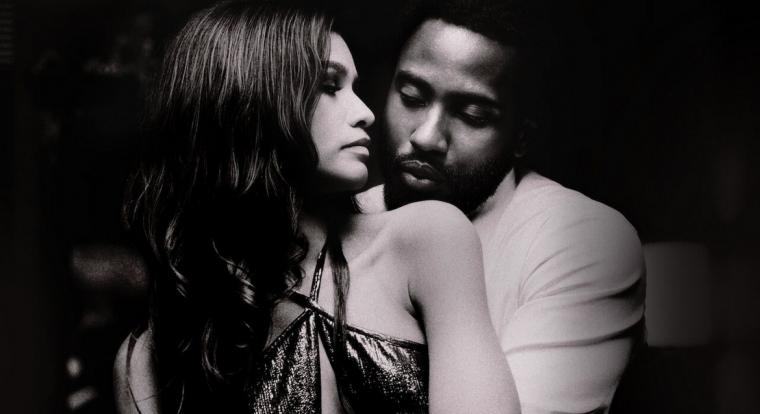 Last year, with the second-season filming of HBO's Euphoria delayed due to COVID-19, series creator Sam Levinson wrote a movie: a two-character relationship drama set in one locale that would transpire, more or less, in real time. He completed the script quickly; budgeted the film at $2.5 million; secured John David Washington and Euphoria's Zendaya as its stars; received the necessary guild approval; shot it in black-and-white, under strict safety protocols, over two weeks in June and July; and sold its distribution rights to Netflix, in early September, for $30 million.

So-o-o-o … what did you do on your pandemic-summer vacation?

Desperate times call for desperate measures, and while the professional polish of Malcolm & Marie doesn't imply desperation, it's sort of impossible not to be impressed by Levinson's anti-romance as an on-the-fly achievement. The movie is also commendable – sometimes even glorious – as a showcase for Zendaya, who is granted innumerable long closeups and tears into lengthy, actor's-catnip monologues with (usually) subtle ferocity and fearlessness, the kind that's abundant in her finest HBO performances. (Euphoria's star has never been better than she was in the show's recent Christmas special opposite the equally sublime Colman Domingo – an hour-long piece that plays like a soulful warmup to Malcolm & Marie.) Your overall enjoyment of Levinson's Netflix release, however, will likely depend on whether you view its only two characters as charismatic, damaged souls whose epic meltdowns both mask and reveal their deep love for another, or as helplessly, and hopelessly, gabby, self-centered whiners who just need to put a lid on it already. Levinson's film isn't hard to sit through, and it boasts outstanding individual moments, but it's frequently a pain.

Some viewers have compared Malcolm & Marie to the gritty, ultra-low-budget works of John Cassavetes back in the '60s, yet given the inherent glamor of Levinson's leads and Marcell Rév's crisp cinematography, that doesn't feel quite right. It's more like the 1966 screen version of Who's Afraid of Virginia Woolf? if Martha hadn't invited Nick and Honey over for drinks. Our long night's journey into day opens after its title characters return to their sprawling rental property in southern California, having just attended a wildly successful movie premiere and post-screening party. Malcolm, the film's writer/director, is riding high on his acclaim, and eagerly awaiting what he suspects will be rave reviews for a career-making project. Marie, his girlfriend, doesn't appear nearly so celebratory, and quietly prepares macaroni and cheese in between back-patio cigarettes. As we soon discover, what's bothering Marie is seemingly mundane: Malcolm forgot to thank her in his post-screening speech. Yet the man's oversight quickly becomes the catalyst for nearly 100 minutes of recriminations and longstanding hostilities, many of them stemming from Malcolm's decision to cast another actress in a film ostensibly inspired by Marie and her former battles with addiction.

As should be evident, these are what you might call “one-percenter problems.” But anyone who's been in a relationship can relate to a verbally ugly fight, and just because Malcolm and Marie are warring over a movie premiere and not, say, the gas bill doesn't mean we can't empathize with characters for whom a theoretically minor grievance escalates into a nightmare. In this regard, Levinson's script is smart and shrewd; the leads bicker, and the bickering turns into an argument, and the argument turns into a cease-fire, and the cease-fire turns into a much bigger, more hateful and hurtful argument. There may be a reason, though, that most fights of this nature aren't turned into major motion pictures: They're fundamentally narrow-minded, and as a result, fundamentally boring. 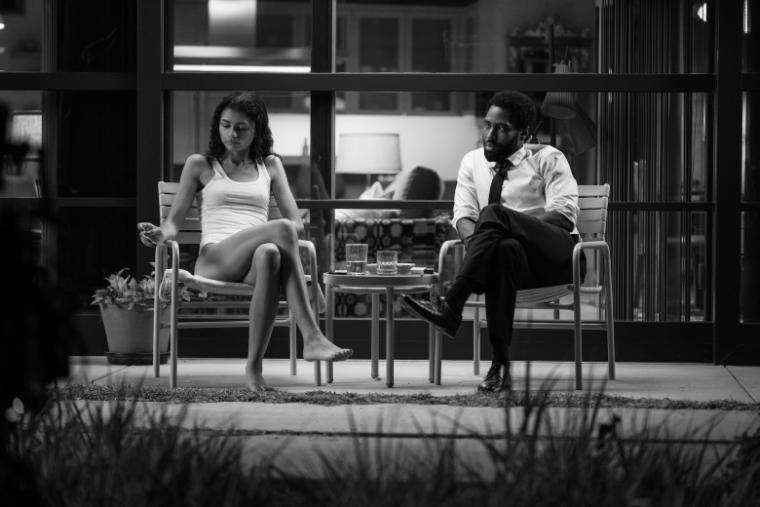 Malcolm actually has no end of things he's pissed off about. He rails against expectations of him as a filmmaker. He rails against expectations of him as a Black filmmaker. He rails against critics who don't understand his work. He rails against critics who appreciate his work. (In one obnoxious sequence, Malcolm spends 10 minutes hyperactively demeaning “that woman from the Los Angeles Times” who calls his latest a masterpiece yet does so in ways that the filmmaker finds insulting. That Levinson's 2018 film Assassination Nation got panned by a female Times reviewer is, I'm sure, completely coincidental.) Most aggressively of all, Malcolm rails against Marie, and at her thunderous audacity in not understanding him – the go-to reaction of the eternally self-involved. Washington is a solid, magnetic actor who's at his best when he's physical, and there's a fun moment early on that finds him leaping onto a window ledge and duck-walking across the room. But Malcolm's histrionic, self-conscious tirades are badly overwritten, and Washington doesn't do himself, or his movie, any favors by yelling so many of them at top volume. While someone who talks only about himself is irritating, someone who shouts only about himself is excruciating.

Thankfully, Zendaya is in much stronger form, even if her performance dominance over Washington makes Malcolm & Marie a bit of an awkward mismatch. There's really only one scene – a fight that Marie initiates right after her bath – in which you sense Zendaya pushing too hard for her effects; she's shrill and unconvincing in ways that the 24-year-old generally isn't even when playing bratty teens. Aside from that misjudged rant, however, what she gives us is oftentimes astounding. Even her most incensed talk-a-thons and withering sardonic replies are delivered with ironic understatement, and she's spectacular in her wordless bathtub scene that finds Marie's chin quivering while she suffers through Malcolm's verbal cruelty. Zendaya is so good, so potently present, that she even pulls off her character's climactic coup de grâce – a line-for-line recitation of what Malcolm should have said at the premiere – without your being much bothered by the flabbergasting egocentrism of her speech.

It should go without saying that Zendaya is also an exquisite camera subject who appears able to look 13 or 40 at will, and perhaps, in the end, it's wisest to view Malcolm & Marie as a film of surface pleasures – a pandemic-summer excuse for two gorgeous, fiercely watchable performers to emote their hearts out amidst chic surroundings and a drool-inducing bowl of mac 'n' cheese. There's nowhere near as much depth in the film as Levinson and his stars likely intended. But every once in a while, its tired recipe manages to provide something that isn't necessarily nutritious, but still pretty damned tasty.