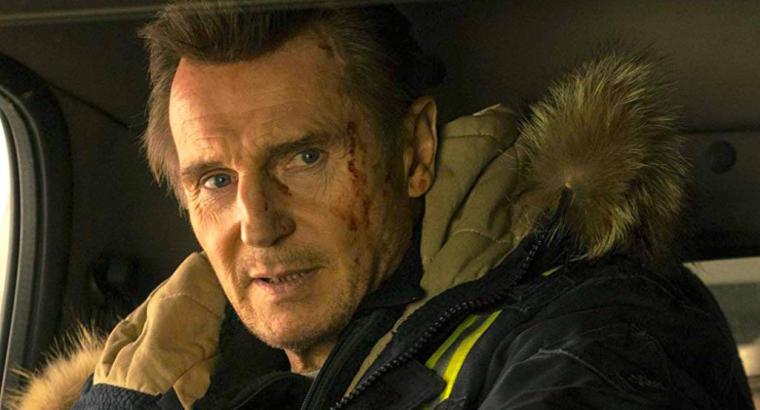 Hollywood unveiled a quartet of new releases over the weekend – a comedy-hit reboot, a high-concept horror flick, a fourth franchise installment, and a Liam Neeson revenge thriller – and the only thing that seemed to link them was that they were all examples of types of movies that generally aren't good. But surprise! They were actually all good, if of undeniably varying levels of goodness.

In order of preference …

Offhand, I can't think of any sub-genre I look forward to less than those seemingly annual action thrillers (usually set in wintry locales) in which a predictably gruff Liam Neeson (usually toting a gun) avenges some heinous wrong (usually a murder) inflicted on some member of his family (usually one of his kids). But after seeing director Hans Petter Moland's Cold Pursuit, I think I've figured out precisely why Neeson's Taken and Taken-esque outings do so little for me: They're not in any way funny. By contrast, and barring its overtly pun-ny title, Cold Pursuit is in almost every way funny – an intricately plotted, character-driven revenge thriller that elicits so many nasty laughs you half-expect to see the Coen brothers' names pop up in the end credits. (With its script by Frank Baldwin, the movie is actually a remake of Moland's 2014 Norwegian release In Order of Disappearance.)

In outline, it sounds much like every other Bloodthirsty Liam endeavor of the past 10 years, with our brooding, hulking star, in his role as Rocky Mountains snowplow driver Nels Coxman, extracting payback from those responsible for killing his son (played by Neeson's own son Micheál Richardson). Yet something seems amusingly off from the very start, given that the film opens with a title-card quote – “Some cause happiness wherever they go; others whenever they go” – by none other than Oscar Wilde. Oscar Wilde! Prefacing a Liam Neeson thriller! From that point on, with Coxman's unstoppable vengeance involving a Caucasian drug cartel (led by the fiendishly charismatic Tom Bateman), a Native Amerian drug cartel (led by Tom Jackson), Max's ex-con brother (William Forsythe), and a pair of dutiful cops (Emmy Rossum and John Doman), Cold Pursuit is never less than clever and wholly gripping. But it's also, nearly scene for scene, laugh-out-loud hilarious in the vein of Fargo, with even the executions inspiring you to wince and giggle in equal measure. The moment Nels walks into a pristine bridal shop owned by one of his future victims, it's impossible not to chuckle, in black-comedy anticipation, at what color all of those beautiful white gowns will be inevitably sprayed with.

Moland and Baldwin, however, in no way restrict their gags to the carnage. As even the drug lords' henchmen are allowed three dimensions, the characters are funny and recognizable, and reveal their personalities, in blessedly human ways: the hired goon who brags about annually bedding 31 percent of his hotel maids; the African-American contract killer, nicknamed “The Eskimo,” who will listen to anything on his taxi ride except Tammy Wynette and Kanye; the kidnapped pre-teen who cuddles up beside his captor asking, “Have you ever heard of Stockholm syndrome?” (Even Laura Dern, stuck in the traditionally thankless role of Grieving Wife, is given an appropriate yet hysterical exit.) The movie's only major bummer, in truth, is Neeson himself, who now seems so past the point of caring about these types of movies that even his righteous fury comes off as halfhearted. That's a shame, because this particular movie – the first Neeson thriller in ages that feels legitimately directed, rather than merely assembled – is an utter blast that elicited, and earned, random bursts of applause throughout my screening. Cold Pursuit is the most satisfying release of its kind since the original John Wick and maybe the most satisfying Vengeful Liam thriller ever, and I'm eager to see it again for its riotous fringe touches, such as the threat made by a Native American thug after a hotel clerk mistakenly tells him that he can't get a room without a reservation. “A reservation?!” he asks in mock outrage. “Do you know how much trouble I can make for you … on Yelp?!”

On several occasions in director Nicholas McCarthy's fright film The Prodigy, characters make a point of stressing that even though its horrors involve a little boy who appears evil in the manner of those kids from The Exorcist and The Omen, this is not, not, a demonic-possession flick. Rather, it's a reincarnation-gone-wrong flick, with our eight-year-old title character (Jackson Robert Scott's Miles) the re-born version of a gunned-down serial killer who cut off his victims' hands. Potato, potahto. Either way, it's one of the creepiest, most viciously effective movies of its type that we've seen this millennium – a well-paced, beautifully acted, and legitimately upsetting genre entry almost entirely free of camp. To be sure, it's not void of clichés, and I may have audibly groaned when the child's tormented mom discovered the extent of her progeny's – or rather, that serial killer's – wickedness by stumbling upon some yellowing newspaper clippings hidden in a shoebox. (Seriously: Must every murderer in these sorts of movies own a box such as this? Have none of them gone digital?) But running a tight 90 minutes, The Prodigy is intense and serious-minded right off the bat, delivering quick blasts of disconcerting violence when it's not more frequently offering spine-chilling threat; the showdown between Miles and his off-putting therapist (Colm Feore) is more menacing, and certainly ickier, than a good three-fourths of the film's visual shocks. With Taylor Schilling excellent as Miles' increasingly traumatized mom, Peter Mooney (who resembles Ben Affleck's bearded baby brother) first-rate as her affable bear of a husband, and young Scott offering a portrayal nearly equivalent to Edward Norton's in the 1996 thriller Primal Fear, McCarthy's unpretentious genre entry is a really good bad time. I'd give it a hand, but you know, the movie hardly needs another one.

Considering it's a gender-reversed remake of Nancy Meyers' 2000 smash What Women Want, a largely maudlin comedy in which Mel Gibson suffered a mild bathtub electrocution and became a less noxious person (ah, if wishing made it so …), director Adam Shankman's What Men Want really had nowhere to go but up. Here, it's Taraji P. Henson who, after being bypassed for a partnership at her sports-management firm, ingests a magical elixir, suffers a blow to the head, and wakes with the ability to hear men's secret thoughts – and it, too, is unnecessarily maudlin. You'd think that since Henson's mover and shaker Ali Davis is unfairly victimized from the start, the rest of the film would find her exacting glorious comic revenge on the macho blowhards surrounding her, and that does happen to an extent (if not nearly as much as the trailers implied). But almost within minutes of Ali's supernatural transformation, the movie's trio of screenwriters feel compelled to make her see the errors of her power-hungry, self-centered ways. This made sense for Gibson, whose character was an egomaniacal jerk who deserved to be taken down a peg or 50. But why inflict a similar fate on Henson, who barely has the chance to psychically one-up Tracy Morgan and Brian Bosworth and Max Greenfield before being put back in her place?

It's a rather depressing turn of events, but thankfully, it's also about as dispiriting as Shankman's film ever gets. Henson, who really deserves more opportunities to strut her comic stuff, goes for broke in her slapstick and lends the proceedings her usual empathy and relatability, and she's beautifully matched with the sweet and soulful Aldis Hodge as the new beau whose thoughts, Ali happily discovers, are nothing but loving. True, I wish they weren't stuck with the dopey subplot that finds Ali having to pretend that the guy is her husband and that his son is actually hers. But the lapses in plotting are handily ignored in light of the winning turns by comic talents such as Josh Brener, as Ali's gay assistant, and Phoebe Robinson, Wendiu McLendon-Covey, and Tamala Jones as her besties. And enough can't be said about the spectacularly funny, remarkably weird Erykah Badu as the psychic with four-inch fingerhails who gives Ali her fateful potion. She only appears three times, but Badu makes the absolute most of her screen minutes, at one point stealing a scene simply by zipping her way through her Tarot deck that also boasts a misplaced Uno card – “Skip.” Zany moments such as this made me glad I didn't do that with What Men Want. 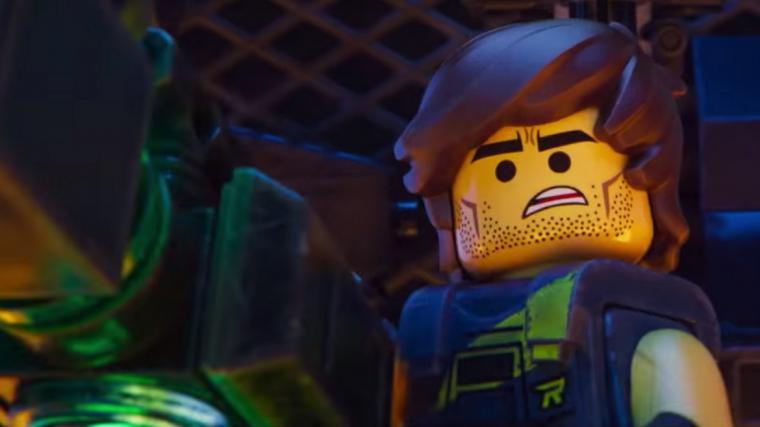 THE LEGO MOVIE 2: THE SECOND PART

My biggest fear entering The Lego Movie 2: The Second Part was that it was going to be a case of diminishing returns – not that it wouldn't hold a candle to the madly inventive original or skillful Lego Batman Movie, but that it wouldn't even be as fresh as 2017's Lego Ninjago Movie, which already felt pretty stale. And sadly, during the new film's first 45 minutes, my fear proved founded. Despite being reunited with the once-jolly land of Bricksburg and its delightful figurines led by Chris Pratt's Emmett and Elizabeth Banks' Lucy, I sensed a distracting, going-through-the-motions vibe regarding everything from the stars' vocals to the Lego Movie callbacks to the pop-culture allusions (though the casting of Jason Momoa as Aquaman was a nice touch). Meanwhile, when Tiffany Haddish's Duplo-block ruler Queen Whatevra Wa'Nabi launched into a kiddie-pop jingle, I silently echoed the aghast words of Lucy: “Oh no … are we in a musical?” (Yes, we are, and the songs here range from the relatively witty ode to Batman's ego “Gotham City Guys” to the under-imagined “Catchy Song,” a number that's unfortunately merely catchy.)

Yet director Mike Mitchell's sequel, with its script by the first film's writer/directors Phil Lord and Christopher Miller, eventually won me over. Partly, this was because the surprise reveal from 2014 – that the original's true Master Builder was a human child playing in his dad's basement workshop – is no longer a surprise, allowing us to enjoy, from the start, the connections between the Lego and Duplo characters' adventures and those of the real-life youths making their worlds come to life. (Those kids are played by the returning Jadon Sand and series newcomer Brooklynn Prince – and it was frankly a relief to see the latter, after her starring role in The Florida Project, getting out of that crappy mauve motel and into a safe suburban environment.) After the film's midpoint, however, the aggressively random jokes also find a thematic purpose, the plotting grows more Lego Movie-inventive, and even the throwaway comic routines become more inspired, with the screenwriters saving a topnotch “Honey, where are my pants?” gag for the final minutes. All of the Lego flicks, with their thumb-printed animation that bears evidence of real-world activity, look sensational, of course. But if you're patient, the second half of The Second Part proves pretty sensational, too, and that's without even mentioning the sight of a Lego Bruce Willis crawling around in the Bricksburg air vents. Now I'm antsy for a fifth franchise entry. Damn it.