Hudson Hawkeye: "Sully," "When the Bough Breaks," and "The Wild Life" 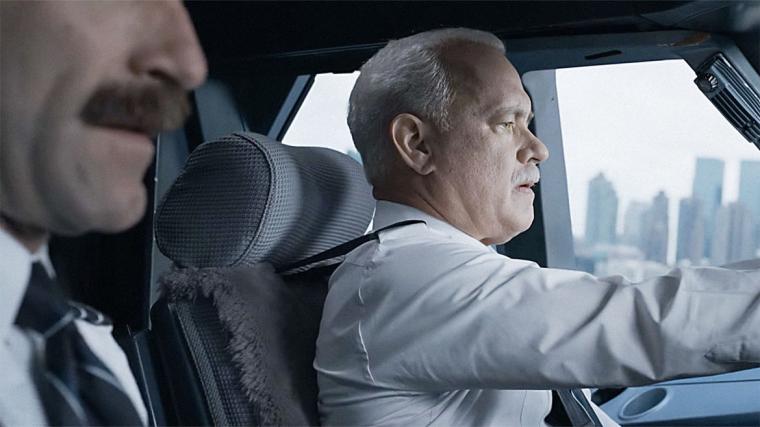 Sully is a well-crafted, touching, feel-good movie whose existence, for the life of me, I can’t comprehend.

In detailing the January 2009 events of the near-disaster that found Chesley “Sully” Sullenberger (Tom Hanks, inevitably) landing US Airways Flight 1549 in New York’s Hudson River, director Clint Eastwood and screenwriter Todd Komarnicki, in adapting Sullenberger’s memoir, show the pilot and his crew to be models of professionalism, the damage to the plane not at all their fault, and the passengers courteous to the point of saintliness. A few investigators (principally those played by Anna Gunn, Jamey Sheridan, and Mike O’Malley) show up to muddy matters, and Sully and his co-pilot Jeffrey Skiles (Aaron Eckhart) have nightmares and lingering guilt about their landing in the Hudson instead of attempting a return to LaGuardia. But otherwise, it’s just what a 2009 news cycle eager for happy news told us: 155 passengers lived, none died, and Sully was a hero. Where, may I ask, is the drama? Where’s the point?

I myself never found one, but I did find a pretty good time. Admittedly, I rolled my eyes at the über-chipper passenger manifest and Sully’s inability to watch TV without seeing news reports about his heroism, and really wished that Laura Linney wasn’t forced to literally phone in her portrayal of the pilot’s wife. But the airborne scenes, including Sully’s imagined ones, are harrowing, and the film does a fine job of demonstrating professional careerists performing their duties with exceeding capability. And I hugely admired Eastwood’s decision to let a quartet of climactic flight simulations play out in real time – potential dullness magically transformed into nail-biting verisimilitude. (Clint must also be commended for not allowing his bio-pic to last a single second longer than it needs to.) Sully may be a meaningless movie, but it’s an honorable one, and Hanks gives yet another of his smashingly thoughtful, nuanced, lived-in mid-career performances that, again, likely won’t net him an Oscar nod. At least he was spared the indignity of his latest being titled Splash, Too. WHEN THE BOUGH BREAKS

I saw the psycho-houseguest thriller When the Bough Breaks at a nearly empty matinée screening, so I have no idea how the moment plays in a packed house. But when our sociopathic hottie was kicking the crap out of our female lead and then, without warning, the nutjob’s water broke, I pray the crowd went absolutely bat-shit insane with happy hoots and cheers. What other possible response could there be to a moment so profoundly, ludicrously over-the-top? This tale of a sexy, fabulously wealthy New Orleans couple (Morris Chestnut and Regina Hall) who pick the world’s worst surrogate (Jaz Sinclair) to carry their child is preposterous and insulting in all the expected ways, and quite a few unexpected ones. (I wish no ill of expectant mothers, but if any see the movie, I’m hoping they get at least slightly queasy hearing Sinclair’s obviously unhinged mental state casually dismissed as “hormonal.”) Yet terrible though director Jon Cassar’s genre offering is, the actors keep things lively, even if the routine staging and predictable “shocks” don’t. Stuck in a ridiculous role, the debuting Sinclair plays doe-eyed-ingénue well and is even better as her inevitable Glenn-Close-in-Fatal-Attraction whack-job (and is coiffed with a similar hairdo), while Theo Rossi, as Sinclair’s equally lunatic beau, delivers some malignant creepiness. And Chestnut and Hall are terrific together, humane and believable no matter the nonsense piling up around them, and sensationally sweet in their lighter moments, as when Hall teases her spouse, who wants a son, with “I hope our daughter becomes the first female president.” Not to bring politics into things, but God, I hope not. There are limits to how much credit an animated movie deserves simply for looking good, and the visually impressive The Wild Life stretches those limits about as far as (in)humanly possible. A family adventure for those who would’ve enjoyed Robinson Crusoe more had Dafoe populated it with lovable talking animals, Crusoe’s tale is narrated here by a squawking parrot named Mak who just wants to see the world, and who is instead introduced to humans via the castaway’s arrival. You may be tempted to mutter, “If you want to see the world, Mak, freakin’ fly there,” but that would require more direct engagement with the movie than it deserves. A product of the Belgian animation studio nWave, directors Vincent Kesteloot’s and Ben Stassen’s outing is being nationally released in a version with an English-speaking, no-star cast, and the language shift might help explain why there isn’t (or is no longer) even one funny or mildly interesting line of dialogue in the entire film. But that wouldn’t account for why events are so ceaselessly manic and why Crusoe is such an accident-prone, panic-stricken whiner, and certainly wouldn’t explain the narration not making a lick of sense. (Mak’s saga starts with him telling his story to a pair of pirate-ship mice, but within minutes, he’s speaking to us directly and referencing on-screen events the mice can’t see.) The Wild Life is kind of fun to look at, and the action sequences – especially the one involving an impossibly Byzantine, makeshift water slide – are cleverly choreographed. But despite the title, it’s just well-animated stagnancy, and you won’t believe who the chief villain is: a pregnant feral cat. Just like the pregnant feral floozy in When the Bough Breaks. I still can’t decide which mother-to-be is the more cartoonish one.