Keep On Trekkin': "Star Trek," "Next Day Air," and "Kilimanjaro: To the Roof of Africa" 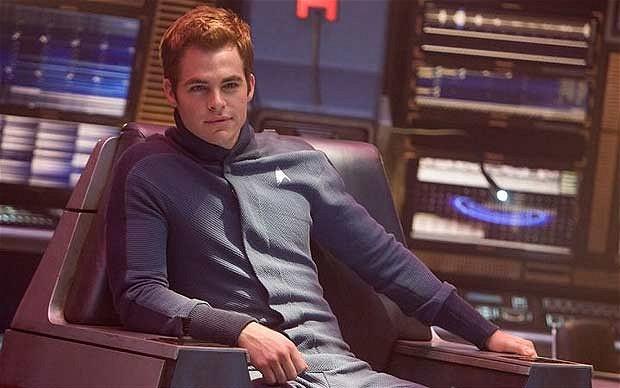 J.J. Abrams' Star Trek revamp is the second pop-mythology origin tale that Hollywood has delivered this month, and it's a pleasure to report that the film is everything Wolverine isn't: speedy, smart, thrilling, funny, and, in the end, almost criminally enjoyable.

What Abrams and screenwriters Roberto Orci and Alex Kurtzman have pulled off with this updating of the beloved sci-fi series is really quite remarkable; the movie is playful without being parodistic, serious without being sanctimonious, and reverent without being kitschy. (It also boasts some of the finest, most evocative visual effects seen in years.) In short, it's a blockbuster entertainment that's likely to be embraced both by longtime fans and viewers with no particular attachment to Star Trek, and for those of us in the latter camp, Abrams' film is so deeply sincere - and so good-humored in its sincerity - that its considerable emotional pull comes as something of a shock. At its best, the movie awakens a fondness for Gene Roddenberry's creation that you may not have realized you had; who thought it would be possible to simultaneously laugh and get misty-eyed upon hearing Scotty, for the umpteenth time, shout, "I'm givin' 'er all she's got, Captain!"?

For my money, the storyline concerning the vengeful Romulans (led by an impressively fearsome Eric Bana) isn't half as interesting as the film's comedic, lightly touching introduction to the Enterprise crew, and several characters here - among them John Cho's Sulu and Zoe Saldana's Uhura - will likely be given more satisfying material in future installments. But as franchise kick-offs go, Star Trek is exceptional, and the casting of Chris Pine as Kirk, Simon Pegg as Scotty, and the outstanding Zachary Quinto as Spock is, I think, perfect. (The appearance of Leonard Nimoy, meanwhile, proves to be better than perfect.) It's a dream of a re-boot, a snappy and gloriously imagined trip to both the future and our collective past, and it even finds room for marauding arctic creatures, unexpected romance, and a Tyler Perry cameo. May the series live long and prosper. In director Benny Boom's Next Day Air, a crate of cocaine, shipped from Mexico to Philadelphia, is accidentally dropped off at the wrong apartment, leading to a farcical and bloody struggle involving vicious dealers, desperate drug mules, hapless bank robbers, and stoned deliverymen. How's that for counter-programming to Star Trek?

Answer: Pretty damned awesome, thank you. Written by Blair Cobbs, Next Day Air is a profane, low-rent, and completely unpretentious 80-minute comic thriller, and for what it is, it's hard to imagine it being any better. Despite the grunge, Cobbs' dialogue sparkles with seedy wit, and Boom choreographs the converging plotlines with visual panache and a breathless pace that never lapses into incoherence. There's excitement and raunch and a goodly amount of cleverness - the conversation that finds street lingo subtitled into satirically proper English ("How does one of your standing acquire 10 kilograms?") is a better joke here than it was in Airplane! - and Mos Def, Mike Epps, Wood Harris, Cisco Reyes, Yasmin Deliz, Debbie Allen, and Scrubs' Donald Faison keep the laughs coming. If your Star Trek screening is sold out, Next Day Air would make a more-than-fine alternative, but I'd actually recommend going the route I did, and making it one half of a hugely enjoyable double-feature. KILIMANJARO: TO THE ROOF OF AFRICA

Given the title Kilimanjaro: To the Roof of Africa, I expected the Putnam Museum & IMAX Theatre's latest big-screen edu-tainment to be visually wondrous, and it certainly is. With its stunningly beautiful vistas and terrain that finds its climbers traveling through deserts, rocky expanses, and snow-capped peaks, this inactive stratovolcano has been gorgeously photographed by director David Breashears and his camera operators, and the soundtrack underscores the imagery with just the right amount of heavenly-choir awe; even with a 40-minute running length, it's a film that can rightly be called majestic.

Yet what I absolutely did not expect from Kilimanjaro was for it to be as moving as it is. Breashers and his team follow a septet of journeyers on their trek to the African summit, and in a marvelous surprise, the movie appears as fascinated with its "cast" as it is with its locale. We meet a pair of British senior citizens, a twentysomething Danish woman, a Tanzanian teenager, an American 12-year-old and her father, and the group's guide (who, we learn, has scaled Kilimanjaro more than 250 times), and every one of them emerges as determined, brave, and delightfully human; the pre-teen accurately describes her surroundings as "Dr. Seuss-land," and the Tanzanian shares his infectious excitement at seeing snow for the very first time. I won't reveal whether all of them make it to the summit - annually, more than half of those who attempt the climb don't reach Kilimanjaro's peak - but by the film's climax, I was so taken by their tenacity and spirit that it barely mattered. By all means, bring the family to Kilimanjaro: To the Roof of Africa, but be sure to bring something else, too: Kleenex.