The Clan That Pins Together Wins Together: “Fighting with My Family” and “How to Train Your Dragon: The Hidden World” 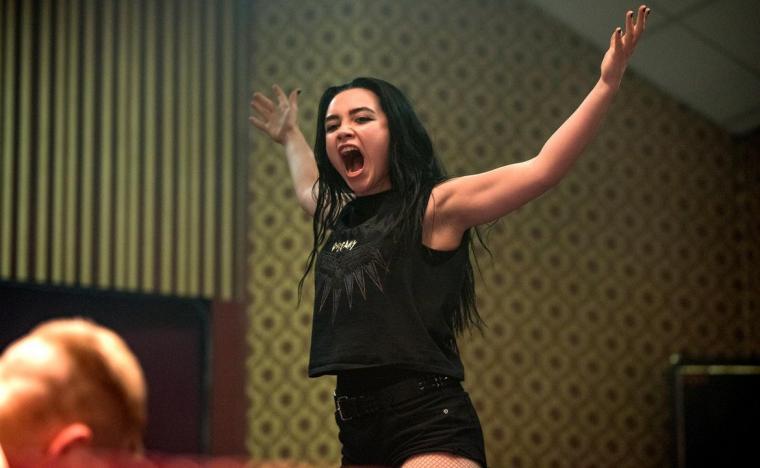 Florence Pugh in Fighting with My Family

FIGHTING WITH MY FAMILY

Given that they tend to get their jobs done even when the works themselves are crap, triumph-of-the-underdog sports flicks are perhaps the only genre movies almost completely impervious to criticism. You can fail to be amused by a comedy or excited by a thriller, but if the heroes win the big game and the music swells and everyone on-screen – and everyone sitting around you – is tearfully cheering and somehow you're still not moved? That's on you, not the film. At least, that's how I felt during Fighting with My Family, a well-acted, moderately engaging sports dramedy that I kept wanting to like more than I did. It was easy to pinpoint why I wasn't crazy about the movie, which chronicles the real-life rise to fame of British pro-wrestling sensation Paige. Yet considering the tears I've shed at far less accomplished outings of this ilk, I left my screening thinking it must have been my fault – A bad mood? Lunch that wasn't sitting well? – that I didn't well up at this thing even once.

I did, however, chuckle a few times, though that was bound to happen with writer/director Stephen Merchant at the helm. Alongside Ricky Gervais, Merchant created two of the millennium's finest, funniest TV series in the BBC's The Office and Extras, and the early minutes here – with a perfectly cast Nick Frost and Lena Headey guiding their children toward lifelong obsessions with wrestling – suggest that he might lend this well-worn genre an inventive comic spin. (In our introduction to Frost's and Headey's lovable eccentrics Ricky and Julia Knight, they break up a tussle between their kids by demonstrating the proper way for their grade-school son to administer a chokehold on his younger sister.) It doesn't take long, however, to realize that invention isn't high on Merchant's list of priorities.

The crux of Fighting with My Family's narrative comes after the announcement that World Wrestling Entertainment is hosting auditions in England, with the chosen candidates to be sent to Florida for several weeks of WWE boot camp and a shot at stardom. While this has been the lifelong dream for the Knights' now-grown children Zak (Jack Lowden) and Saraya (Florence Pugh), only the latter makes the cut, and Merchant's film consequently follows the pair as Saraya struggles with the rigorous pressures of training and Zak struggles with being left behind. This is a perfectly serviceable set-up for an inspirational sports flick, and in Pugh, the movie boasts as easy central figure to root for, the performer's petite goth girl (with Saraya's wrestling-ring moniker Paige taken from a character on TV's Charmed) a sardonic, black-haired spitfire in a world of tall, tanned Amazon blondes. But scene after scene, FwMF keeps taking the most obvious paths toward its inevitable happy ending, and does so with such aggressive sentimentality, and with so little deviation from the norm, that the frisky, funny sequences at the beginning start to feel like they were in another film altogether. 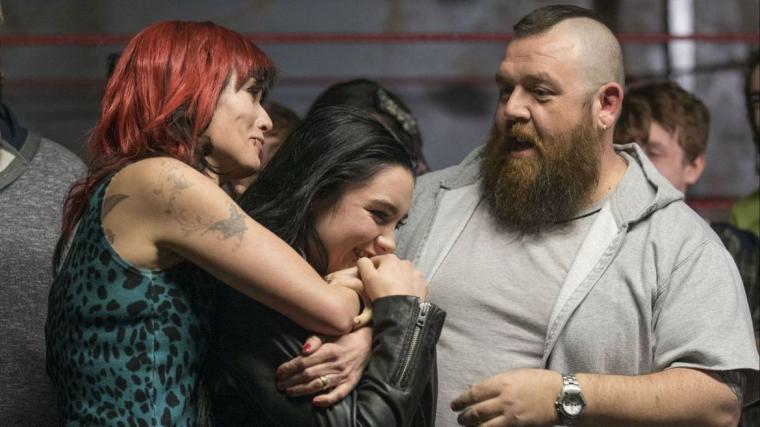 Not long into the proceedings, Dwayne Johnson (who serves as one of the producers for this WWE Studios presentation) shows up as the movie's unofficial guardian angel, at one point explaining that the matches in pro wrestling aren't faked, but rather fixed. But no matter how true-to-life the events here are, what we see feels less fixed than faked: Paige's teary vulnerability as she contends with ringside stage fright, homesickness, the side eye given by a trio of presumed Mean Girls, and tough-lough banalities from her coach (Vince Vaughn, first-rate despite the platitudes); Zak's downward spiral, and descent into drunken anguish, as he watches his baby sister get everything he himself wanted. And even if you've only seen one or two triumphing-underdog movies (and haven't even pre-teens seen more than that?), you can't help but roll your eyes at the clichés and mawkishness you'd think Merchant would've been way too hip for. A training montage scored to “Taking Care of Business”? A subplot involving Zak coaching a group of at-risk kids, one of them a cherubic blind boy? I suppose those heart-tugging finales to The Office and Extras should have primed us for Merchant's sentimentalization of his subject, yet viewing this film is like watching those farewell episodes without having seen the dozen each that came beforehand – emotionalism in practice, but without preparation.

There's certainly quite a bit to enjoy here, from the admirably lived-in quality of the Knight's blue-collar environment to Vaughn's no-nonsense practicality to the amusing sight of Cersei Lannister with a lip ring. (Hopefully, this release leads to Game of Thrones' Heady scoring more comedies, because she's wonderful in this one.) But while familiarity is all but baked into its genre, I still found Fighting with My Family to be an achingly unsurprising outing that squanders its initial goodwill. I was also a little offended by its disingenuous finale in which Paige's Divas Champion victory is presented as a legitimate one. Cheers are heard and tears are shed, but was even Paige somehow not informed that the match and her triumph were as fixed as any narratives previously concocted by the WWE? For Pete's sake, The Rock told us so! 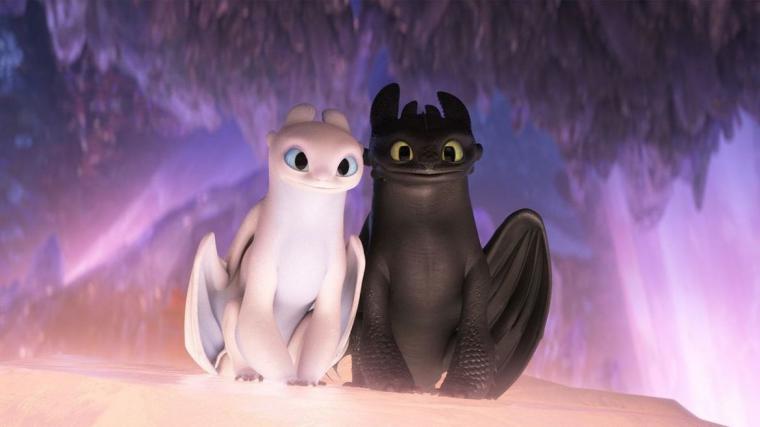 HOW TO TRAIN YOUR DRAGON: THE HIDDEN WORLD

Though other plotlines give it a run for its money, the big story in the animated adventure How to Train Your Dragon: The Hidden World is that Toothless, the series' endearing puppy dog of a fire-breather, finally gets a girlfriend. The big story of the movie, however, is that it's fantastic – a bold, thrilling, honestly moving franchise conclusion that earns its comparisons to Lord of the Rings: The Return of the King and is 100 minutes shorter, to boot. Set one year after the events of 2014's part two, writer/director Dean DeBlois' second sequel finds the Viking land ruled by the nerdy young Hiccup (Jay Baruchel) overrun with dragons and in danger of attack by the malevolent dragon hunter Grimmel (a vocally commanding F. Murray Abraham), forcing the Vikings to seek out a legendary sanctuary once sought by Hiccup's late father Stoick (Gerard Butler in flashbacks). This simple setup, however, proves to be a grand tent housing everything from majestic action sequences to broad slapstick farce – most of it courtesy of a queasily lascivious Kristen Wiig – and the animation, as in previous installments, is jaw-droppingly fine, with the peach fuzz on Hiccup's cheeks as vibrant as the scores of intricately designed dragons careening through cloud-covered skies. For all of its blissful grandeur, though, the emotions on display are decidedly human-scale, and the readings by Baruchel, America Ferrera, Cate Blanchett, Craig Ferguson, Jonah Hill, and others keep the film as grounded as it is ethereal. A powerfully satisfying wrap-up that's also a tremendous amount of fun, The Hidden World is marvelous, and never more so than when Toothless is trying, with varying degrees of success, to woo his new lady(-dragon) love, finally winning her over with a goofy mating dance that's like the animated equivalent of Andrew Garfield's adorable shake-and-shimmy in The Social Network. It should go without saying that Toothless' and the female dragon's courtship is also conducted wholly without dialogue, so now that DeBlois is finished with this franchise, maybe he can be recruited for a Pixar sequel reuniting WALL●E and Eve.