Mammals, Fish, and Foul: “Dolittle” and “Bad Boys for Life” 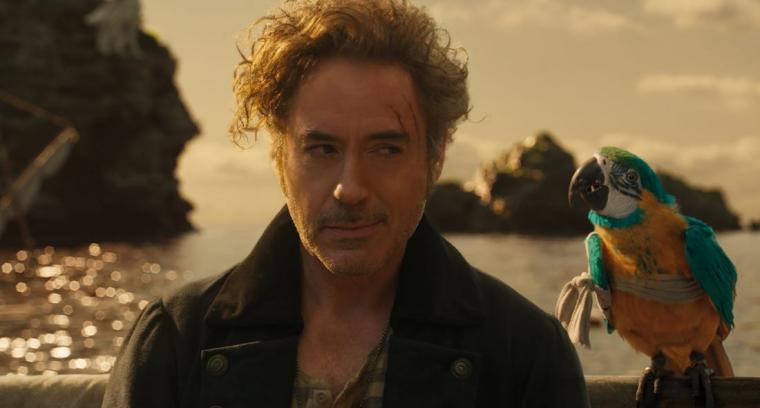 Overstated though most of them seemed to be, I enjoyed the mean-spirited take-downs of Cats as much as the next guy. But I think I've figured out why director Stephen Gaghan's new family adventure Dolittle – a far worse movie – hasn't suffered nearly the critical indignities of Tom Hooper's musical train wreck: It's so tediously by-the-numbers, and so predictably awful in all the expected ways, that it simply saps your will to mock. Cats at least inspired reviewers to greater heights/depths of inventive sniping by being colossally, thoroughly nuts. Dolittle, by contrast, is exactly the lame, juvenile, overpriced fiasco the trailers (and reported weeks of re-shoots) suggested – a wannabe franchise-starter void of even one engaging set piece, or clever joke, or spontaneous bit suggesting that someone, at some point, actually cared about the making of this bludgeoning waste of talent and resources. Watching Cats was frequently a trial, but I never hated the film. Dolittle I hate.

One of my professional New Year's resolutions was to stop writing lengthy screeds about movies not deserving of the time I'd spend writing them and you'd spend reading them. We'll see how that pans out. But I think I can make this particular screed relatively brief, given that you already know Dolittle's six-word hook: “Eccentric doctor talks to the animals.” The title role was previously played by Rex Harrison and then, a couple of times, by Eddie Murphy, and now it's Robert Downey Jr.'s turn, portraying the good doctor with a Welsh dialect so incomprehensible that Christian Bale himself would likely tell the actor, “I don' understan' a fing yer sayin'.” (At least half of Downey's dialogue sounds unconvincingly looped-in at the recording studio, perhaps because it was making too much sense.) Based, apparently, on Dolittle creator Hugh Lofting's second book in his series that began in 1920, this tale by Gaghan and a trio of co-screenwriters and “story by” contributors sends the widowed Dolittle, in the mid-1800s, to an enchanted island in search of a tree with purportedly miraculous powers of healing. His goal is to find a cure for the gravely ill Queen Victoria (Jessie Buckley), whose malady is a mystery to everyone but the audience, as we've already learned that she's being poisoned by a pair of unctuous servants (Jim Broadbent and Michael Sheen). Dolittle, though, is at least suspicious, and before he embarks on his journey accompanied by an orphaned apprentice (Harry Collett) and a menagerie of animal pals, the doctor uses his magical communication abilities to ask a squid in Victoria's aquarium just what happened to the queen. Its cryptic reply? “Snitches get stitches, man!”

That's right. “Snitches get stitches, man!” In Victorian England. But you're not really surprised by that, are you? Nor would you be surprised if I told you that the polar bear and ostrich voiced by John Cena and Kumail Nanjiani, respectively, routinely called each other “bro,” or that the action climaxes with an expulsion of flatulence so grand that it knocks Craig Robinson's squirrel against a wall. Crassness, and anachronisms, and crass anachronisms are what family comedies, at their worst, routinely deliver. And Dolittle is at-its-worst like nobody's business, with the plotting beyond incoherent (I still can't tell you what purpose is served by Antonio Banderas' swarthy pirate), the $175 million worth of effects routinely lackluster, the human acting uniformly tiresome, and the vocal performances – especially Jason Mantzoukas' as a hyperactive dragonfly – so inappropriate and distracting that you only want to play “Guess the celebrity voice!” to decide whose agent you want to write an angry letter to first. For Pete's sake, there isn't even any amusement in the sort-of reunion between Downey and his Spider-Man ward Tom Holland; even after punchlines landed, the kids at my screening were silent to the point of complete absence. (Maybe they were just in the restroom or at the concession stand when the “funny” parts happened, but it's hard to tell, because this movie is all restroom and/or concession breaks.) Dolittle isn't Cats. But it is a dog. And a turkey. And Downey, for agreeing to star in this now that he's finally free of franchise duties, was clearly just thinking like an ass. 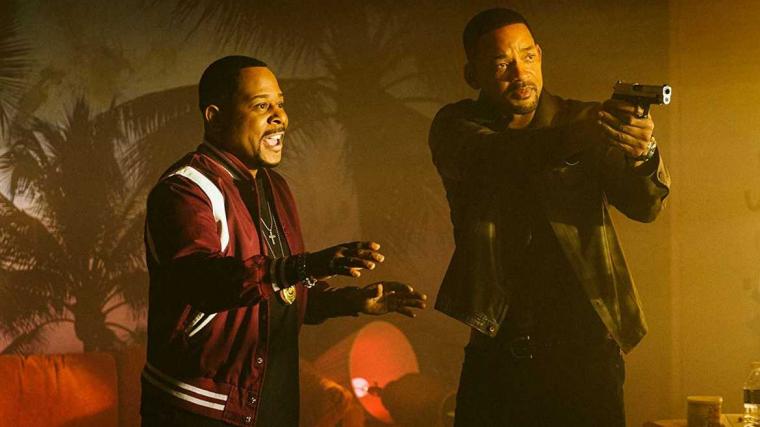 As with Dolittle, the hook for the action-comedy sequel Bad Boys for Life can be effectively described in six words: “Smith and Lawrence – much older now!” Because 17 years after the release of Bad Boys II, everyone's favorite Miami detectives played by Will Smith and Martin Lawrence have, naturally, been pulled out of franchise purgatory for yet another guns-and-wisecracks outing, this one propelled by a nefarious figure from the past intent on crippling the guys emotionally before watching them die. I should probably have clarified that by “everyone's favorites,” I meant “everyone else's favorites,” given that, despite the undeniable pleasures of Smith's and Lawrence's screen chemistry, I couldn't stand this series back when it was being helmed by Michael Bay. Perhaps the only director alive who could pair these two sensational comedians and find so many ways to make them collectively unappealing, Bay killed the Bad Boys flicks, for me, by so routinely trashing their natural comic appeal and instead dialing up the machismo and blockbuster portentousness to 11; between Bay's ego and the ego he demanded of his stars, there was no way for any lightness or spontaneity to creep in. Bad Boys for Life, however, was directed by the team of Adil & Bilall (a.k.a. Adil El Arbi and Bilall Fallah), and the change makes all the difference – it's still Bad Boys, just kind of fun this time.

Not a lot of fun, mind you, though the cackling patrons surrounding me would no doubt beg to differ. Two minutes into the film, I was already yawning at the high-speed mania of the first of many merely adequately staged car chases. Meanwhile, the only times in which the storyline veered from its expected arc where when it went so deliriously off the rails – principally in the romantic liaison from the early professional tenure of Smith's Mike Lowrey – that I worried the movie might never recover from its “WTF?!?” detours. Unlike Michael Bay, however, Adil & Bilall appear to possess an actual sense of humor. And while Bad Boys for Life is severely wanting as an action extravaganza, it's totally passable as a friendly, sweetly profane buddy comedy, with Smith and Lawrence razzing each other for their exasperating foibles and aging bodies. (Few screen sights this year will likely be as endearing as Lawrence's Marcus Burnett gently applying coloring to his comatose pal's graying goatee.) Although their material is lacking, Smith's and Lawrence's camaraderie is spiky and tender enough to not make you bemoan this latest exercise in fading stars returning to the glory days of their youths, and I was delighted to see the return of the great Joe Pantoliano as the guys' epically aggrieved captain, still barking and gulping Pepto-Bismol to beat the band. Best of all, Adil & Bilall's continuation also finds room for a new quartet of co-stars – a team of covert operators portrayed by Paola Núñez, Vanessa Hudgens, Alexander Ludwig, and Charles Melton – who initially seem like afterthoughts and eventually prove to be both narratively and, blessedly, comedically essential. (Ludwig is especially entertaining as a beefy Ken doll who's much smarter and, as his therapist would tell you, more sensitive than you might anticipate.) Chided by Mike for inviting these millennials and their leader to the climactic mission, Marcus smiles and says, “I'm just happier when they're around.” Mike demurs: “I am, too.” This Mike was, too.