Maternal Sunshine of the Spotless Kind: “Snatched” and “T2 Trainspotting” 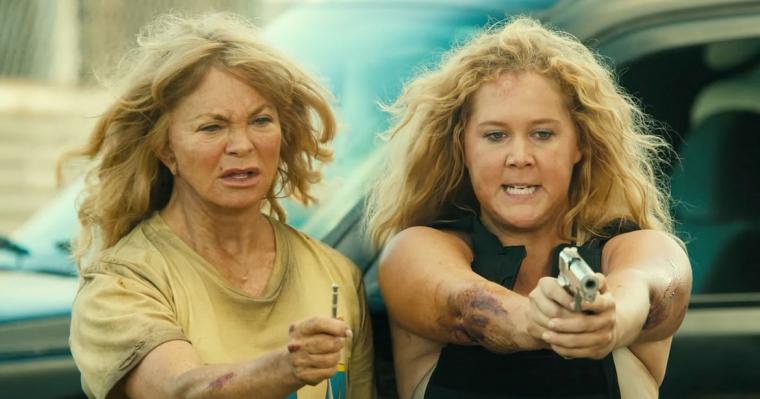 Director Jonathan Levine’s Snatched, which finds Amy Schumer’s and Goldie Hawn’s daughter-mother duo evading thugs and kidnappers during an Ecuadorian vacation, is one of those one-joke, sentimental slapsticks that you somehow just know isn’t going to be nearly as funny as you want it to be. That’s why it was something of a shock to return to the recorded notes I took during my Friday screening, and to hear all of one critique (“the music is doing way too much”) in the midst of loads of compliments, many of them made while chuckling. No one could conceivably mistake the film – with its meandering Katie Dippold script and seemingly insignificant direction – for a work of comedic greatness, or even much invention. Yet it’s filled with so many incidental pleasures that I barely cared; it turns out that, with a solid supporting crew in tow, the high-concept grab of “Amy and Goldie go to Ecuador” actually is sustaining enough for 90 minutes of carefree fun.

With her singular talent for making hedonism and boozy uncouthness not only an adorable but a desirable quality, Schumer is Schumer, which is still a plus at this early stage in her movie career. There are wonderful small roles for Joan Cusack (as a special-ops veteran who cut out her own tongue), Wanda Sykes, and Randall Park. Ike Barinholtz is unclassifiably weird and sweet as Schumer’s agoraphobic-nerd brother. Christopher Meloni is sublimely hysterical as a first-time adventurer who fancies himself an Indiana Jones, or at least a Michael Douglas in Romancing the Stone. The sequence involving Schumer’s tapeworm extraction is equal parts queasy and hilarious. Barinholtz’s phone duels with Bashir Salahuddin’s increasingly incensed State Department official make you hope that somebody’s busy writing the actors their very own buddy comedy.

And then, of course, there’s Goldie Hawn. Sure, it would’ve been nice if more of her legendarily fizzy ebullience were in view, and if she weren’t cast as quite this much of a stick-in-the-mud. But after a screen absence of 15 years (!), I’d be lying if I didn’t admit to adoring Hawn’s every second here, especially when she peppers her honest, and honestly touching, performance with reminders of the Goldie of old – giggling at some random comment, or incredulously popping her eyes, or, in one instance, pulling off a perfectly explosive spit-take. In an opening scene, Schumer looks through photographs of her mom in her 20s, and seeing that mischievous Laugh-In grin was enough to get me misty. At the finale, with the 71-year-old shaking her booty on the dance floor, that youthful smile suddenly reappears, and the radiantly happy Hawn instantly looks 50 years younger. Snatched may only be a goofy, dopey comedy, yet if you love Goldie Hawn the way so many of us do, I’d still recommend bringing tissues. 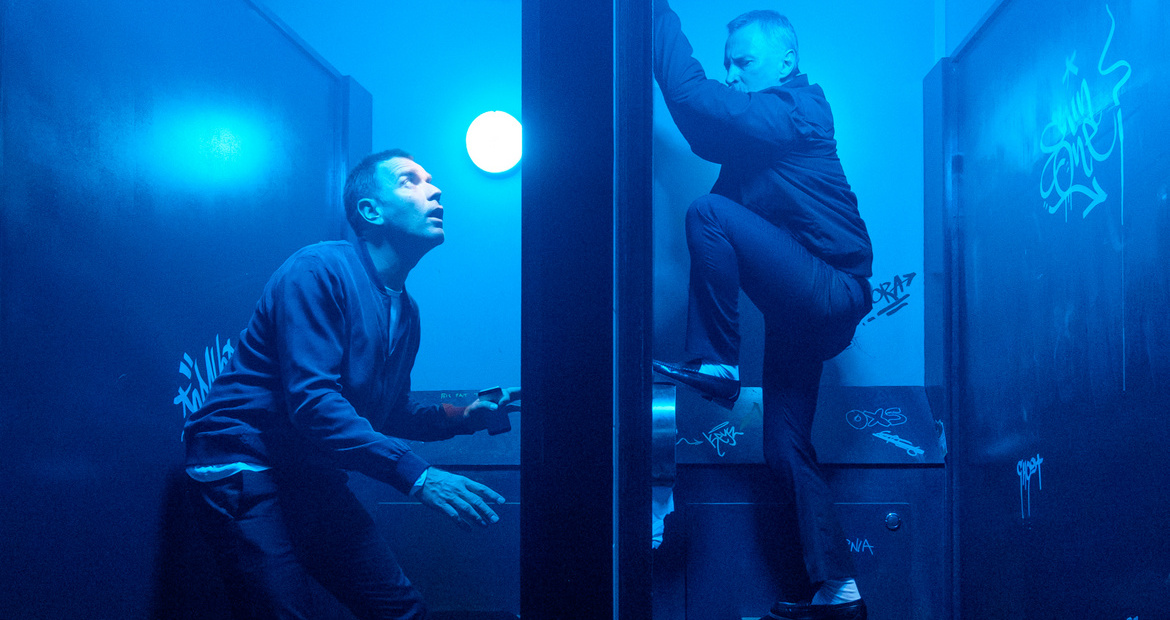 Arriving 21 years after his instant-classic original, Danny Boyle’s awkwardly titled T2 Trainspotting reunites us with the drug- and booze-hounds Mark Renton (Ewan McGregor), “Sick Boy” Simon (Jonny Lee Miller), Spud (Ewen Bremner), and Begbie (Robert Carlyle) two decades after Mark casually strode off with 16,000 pounds of their collective drug money. Of course, we don’t “need” a sequel to Trainspotting, the same way we don’t “need” a return to Twin Peaks, which, as of this writing, is only seven days, five hours, 53 minutes, and 17 seconds away. (Sixteen ... 15 ... .) But I hope that acknowledgment of worshipful obsessiveness suggests just how much, I suppose, I do need another dose of Lynch-in-the-woods. And all it took were a few minutes of T2’s milieu, characters, and crazy-loud rock soundtrack to make me realize how much I apparently needed another hit of Trainspotting, even if Boyle’s and screenwriter John Hodge’s follow-up (currently playing at Iowa City’s FilmScene) is not-so-great and so-great-it-hurts in pretty much equal measure.

Boyle’s latest finds Mark coming home to Edinburgh after 20 years spent in Amsterdam – which would seem, you know, a total safe haven for recovering drug addicts – and attempting to make amends with Simon and Spud while staying far away from the ambulatory rage emoji Begbie. Needless to say, at least initially, things don’t go well, and they occasionally don’t go well for T2, either. A number of shout-outs to the original Trainspotting fall sadly flat – none more so than Hodge’s forced, contrived update on Mark’s seminal “Choose Life” soliloquy – and the already-lax plotting features holes that even Boyle’s wizardly visuals can’t distract from. (How, after the imprisoned Begbie escapes custody, do the cops never think to look for the guy at his wife’s house?) Although she adds some welcome softness to the on-screen mania, there’s perhaps too much time spent with Anjela Nedyalkova as the requisite hindrance to Mark’s and Simon’s bro bonding, and certainly not enough time spent with Kelly Macdonald as the former party girl who’s now an upstanding attorney. (To be fair, even when she’s the lead – as she was in the latest season-ender for Black Mirror – Macdonald is rarely around as often as you want.) Meanwhile, plenty of setups to gags, particularly Begbie’s incessant Viagra-popping, don’t yield satisfactory punchlines; after 21 years away from these folks, the sequel’s overall tone is a bit on the wobbly side.

But I wouldn’t have missed the movie for its glorious fringe touches: Mark and Begbie slo-o-owly realizing they’re sitting in adjoining men’s-room stalls; Mark’s and Simon’s impromptu, sing-along rant against Catholics in a local Protestant tavern; the parking-garage chase that climaxes with McGregor rekindling his crazed 1996 grin. And while there may be few images as magically unsettling as the original’s toilet dive or baby crawling on the ceiling, Boyle is still such an arresting stylist that he can make even rudimentary scenes crackle with excitement and surprise, whether it’s the aging lads driving a car whose trajectory morphs into that of a spaceship in flight, or Spud explosively puking into a plastic bag wrapped around his head. (Yeah, that one’s gonna linger in my memory for a while ... .) It’s not at all necessary, and it’s even a bit disappointing, and I still loved my time at T2 Trainspotting. As you may have hoped, one scene does indeed find McGregor, dazed and delighted, dancing to Iggy Pop’s Trainspotting anthem “Lust for Life.” In my head, I was dancing right along with him.

For reviews of King Arthur: Legend of the Sword and The Wall, visit “Ritchie Riches.”