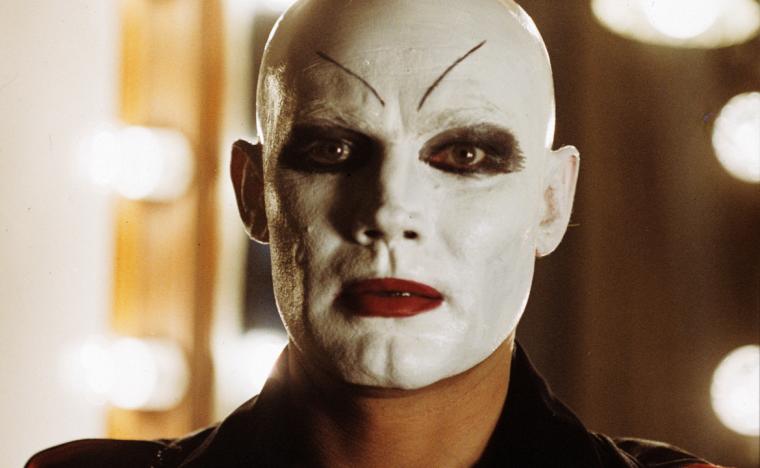 Lauded by the Boston Globe as “brilliant metaphorical filmmaking,” director István Szabó's 1981 drama Mephisto serves as the latest presentation in the Kinogarten series of German-themed works screened on the first Friday of every month, with Rock Island's Rozz-Tox and Davenport's German American Heritage Center, on July 2, co-hosting their presentation of the first Hungarian movie to ever win the Academy Award for Best Foreign-Language Film.

Szabó's critical smash adapts the story of Mephistopheles and Doctor Faustus by revealing the costs of abandoning one's conscience in order to improve one's social position. In the film, Hendrik Höfgen (modeled on German actor Gustaf Gründgens and played by Klaus Maria Brandauer) craves center stage. A frustrated, passionate actor slogging it out in provincial theaters, Hendrik occasionally sings, dances, and takes small parts in cinema in an attempt to gain notice. He even founds a Bolshevik theatre with a friend to generate more work, in the avant-garde period of the early 1930s, before the Nazis came to power. Initially, Hendrik is more successful in his social and love lives than as a performer. Both strands unite, however, when his new wife watches him play the ultimate role of Mephisto (the devil in the Faustus play) just before the Nazi party comes to power in Germany.

While his wife, leading actors, and friends go into exile or protest against the new regime, Hendrik returns to Germany lured by the promise of forgiveness for his communist theatre escapade and a desire to act in his native language. When the Nazi party effectively offers to make him a star, he doesn't hesitate. Great roles and accolades quickly come his way, and Hendrik revels in his success, eventually reprising his greatest role as Mephisto and agreeing to run the national theatre, working around the cultural restrictions and brutality of the Nazi government. As Hendrik blithely overlooks the profound moral compromises of his situation, excusing himself by using the power of his close relationships with Nazi officials to help friends who would otherwise be targeted by the regime, Mephisto's bitter irony grows clear: Hendrik may become Germany's greatest actor, but in order to achieve his dream, he'll have to sell his soul.

With its 1981 box-office intake of $3.9 million, Mephisto became the highest-grossing Hungarian film in the United States and Canada, with the film's raves including Variety magazine's praise for the movie's “extraordinary period flair for the Germany of the 1920s and '30s, balanced acting by a multinational cast, and exemplary direction.” And in addition to winning the 1981 Best Foreign-Language Film Oscar, a first for Hungary (and a feat not repeated until Szabó won the prize again, in 2016, for Son of Saul), Mephisto received the Best Screenplay Award at the 1981 Cannes Film Festival.

Mephisto, which will be presented in German, Hungarian, and Esperanto with English subtitles, will enjoy a socially distanced outdoor screening at Rozz-Tox on July 2 beginning at sundown or 8 p.m. (whichever comes first). Guests are required to wear masks, food and beverages will be available for purchase, and the screening itself is free. For more information on the Kinogarten film series, visit RozzTox.com and the German American Heritage Center at GAHC.org.