Mettle to the Pedal: "Baby Driver" and "Despicable Me 3" 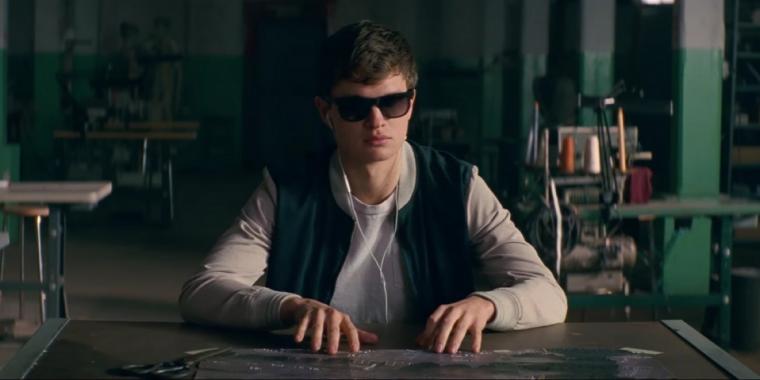 Halfway through writer/director Edgar Wright’s comedic action thriller Baby Driver, we witness a weapons sale gone south and a bloody shootout with accompanying car chase, and the whole thing is scored to that 1958 mambo-rock classic “Tequila.” This shouldn’t, of course, be anything new or surprising, even if that diminutive 1970s fixture Paul Williams does play a white-suited arms dealer nicknamed “The Butcher.” Underscoring violent melees to familiar radio hits – at least since the early days of Scorsese – is what movies do.

This particular underscored melee, though, is different. Because while we’re privy to the tune pulsing from the earbuds of our getaway-driver hero Baby (Ansel Elgort), every gunshot, every door slam, every squeal of tires lands on a precise beat from that über-catchy song by The Champs, as if the sequence’s direction and editing were orchestrated by some eerily cognizant, mid-tempo metronome. By this point, Wright – in only his fifth feature film – has more than prepared us for what he’s pulling off here; similar diversions, from breakneck highway pursuits to the act of a man stacking wads of cash on a table, have found aural equivalents in music that only Baby, and we, can hear. Yet this mid-film explosion of sight and sound – a scene that’s about as enjoyable as any that 2017 has yet provided – is the bravura fulfillment of nearly an hour’s worth of expectation. I saw Wright’s latest at a minimally populated Wednesday-afternoon screening, and pray that larger crowds go justifiably nuts when the final blast occurs and Jamie Foxx, as one of Baby’s more lunatic traveling companions, utters a perfectly timed “Tequila.” It has no traditional showstopper numbers or crooning chorus kids, and Baby Driver might still prove to be the movie musical of the year. 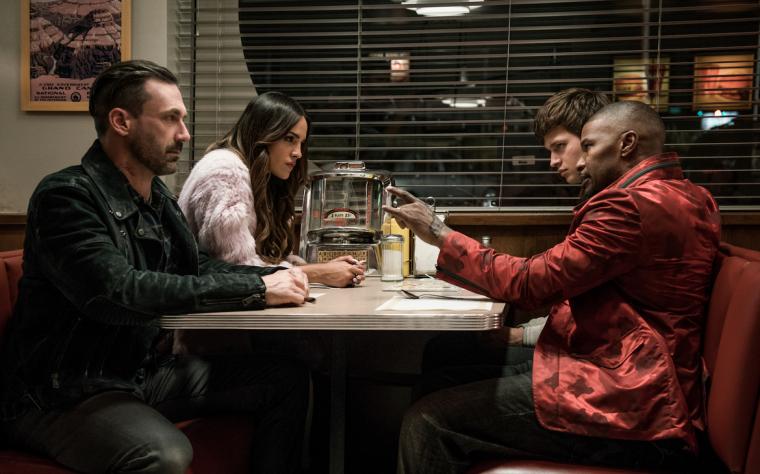 Its plot could fit on a cocktail napkin, and with room to spare, as it’s basically a One Last Heist flick in which the apologetic criminal Baby – a brilliant speed demon whose accident-caused tinnitus makes earbud tunes mandatory – gets lured into Just One More. Its cast, meanwhile, features Lily James as the wide-eyed ingénue who becomes Baby’s chaste beloved, and assorted lowlifes, ranging from mild to psychopathic, portrayed by Foxx, Jon Hamm, Eiza González, Jon Bernthal, and Kevin Spacey. This, however, is like 2011’s Drive with a happy face. Instead of a brooding Ryan Gosling, we get Elgort, who may brood, but who’s also quick with a smile when partnering James (and who wouldn’t smile?), and affectionate when signing conversation with his deaf foster father (C.J. Jones, doing wonders with little), and unafraid to dance when iPod accompaniment takes over and demands that he boogie. (Elgort, in an ingenious and graceful performance, enacts a guy who’ll never walk in a straight line when he could instead scoot, slide, or twirl into one.)

But also unlike Drive, a movie I love, Baby Driver isn’t self-conscious. Self-aware, yes, as its nods to cinematic inspirations – just like in Wright’s blissful “Cornetto trilogy” of Shaun of the Dead, Hot Fuzz, and The World’s End – are right there for the plucking. (After Baby briefly escapes the clutches of blackmailing boss Spacey, he gains legitimate employment with the eatery GoodFellas Pizza & Wings.) Yet while Wright will probably always be show-offy, he also gives every indication that his talents are forever in service to our pleasure – and his latest is positively teeming with pleasures.

Foxx and Hamm more scary/funny than you thought movies might ever allow them to be. The comically breathtaking convenience of identical red Subarus showing up just when our hero needs them most. Baby, in a junkyard, listening with melancholy rapture to The Commodores’ “Easy” – a tune that pays enormous dividends toward the film’s finale. Not-yet-10-year-old Brogan Hall stealing his scenes as a Mini-Spacey. Spacey himself, attacking Baby’s weak apology with a pointed “Don’t feed me any more lines from Monsters, Inc.” Literally everything done and said by González. (She and Hamm play spouses, with “Hers” tattooed on his neck and “His” on hers. Ah, modern love.) And always the propulsive, narrative-minded soundtrack – some of it boasting intentionally laid-back tunes – and wizardly technical skills of Wright and editors Jonathan Amos and Paul Machliss. The legitimately fast and furious Baby Driver is almost obscenely entertaining. See it with the utmost haste. 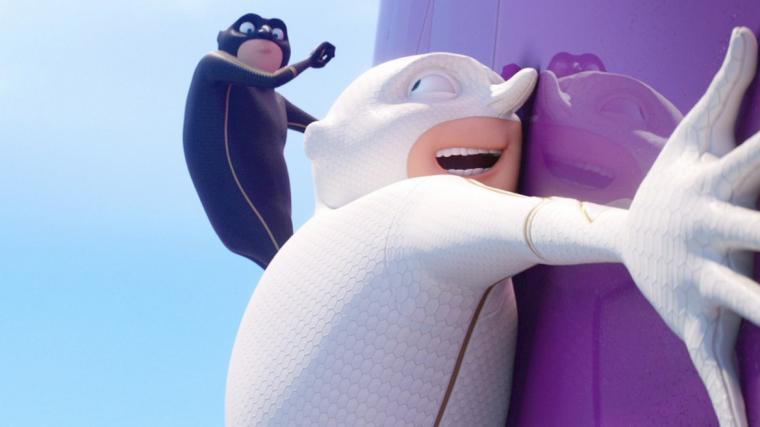 When a long-running series finds it necessary to introduce a secret twin that one of the regulars never knew existed – be it on daytime drama or that unsettling Brady Bunch episode in which Peter bumped into his doppelgänger at school – it’s usually a sign of creative fatigue. Hey, guess what Despicable Me 3 is all about! But even though the arrival of the no-longer-despicable Gru’s bumbling lookalike Dru gives us twice the Steve Carell, at least in voice, it doesn’t provide the guy with any inspiring material in directors’ Kyle Balda’s and Pierre Coffin’s follow-up. Nor, sadly, is there any for Trey Parker as new nemesis Balthazar Bratt, a former ’80 child star whose every crime is accompanied by musical riffs from “Sussudio,” “99 Luftballoons,” and the like. Nor, really, is there any in about 90 percent of this sadly tired (albeit beautifully animated) exercise that did make the many kids at my screening sporadically giggle, even if adult-companion laughter was scarcely heard. It is what it is, I guess. I was just grateful that the Minions were back in supporting roles after their iffy solo outing two summers ago, and that the film found a way to allow them a glorious, expectedly garbled rendition of Gilbert & Sullivan’s “I Am the Very Model of a Modern Major-General.” It’s the closest the critters ever come to being truly, recognizably “Banana-a-a-a-as!!!"