Monster Mush: "Godzilla vs. Kong," "French Exit," and "The Unholy" 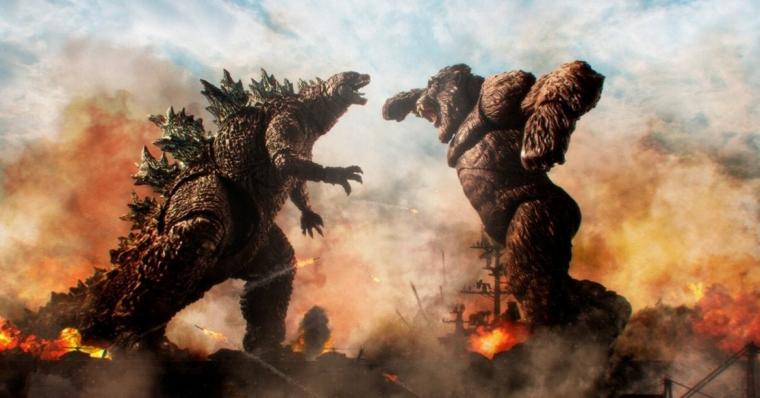 Near as I can recall, the last cineplex release that caused me to accidentally fall asleep was 2019's Godzilla: King of the Monsters, and I'm on-record as having nodded off not once, but twice, during 2014's Godzilla. I wish I could say those were the only two mutant-lizard flicks over the years to make me conk out, but alas, we're now confronted with Godzilla vs. Kong both on the big screen and via HBO Max. At least this time, my snoring was confined to my apartment.

Honestly, I've seen lousier action blockbusters than these three titles in the aptly named MonsterVerse. I've even seen lousier ones than the fourth, 2017's Kong: Skull Island … though not many. There's just something about this series, however, that affects me like two shots of bourbon after a 5K run and a heavy pasta dinner. Enormous creatures roar and growl while punching out other enormous, roaring, growling creatures. Tidal waves crash and skyscrapers topple. Breathless characters deliver “scientific” gobbledygook designed to convince us the Earth is hollow. And through it all, I practically need a forklift to keep my eyelids open, exhausted as I am by the deeply repetitive spectacle, achingly obvious music cues, and traditionally terrific actors forced to mug their way through stupefyingly witless exposition and jokes that are somehow even worse. I'm not proud of momentarily passing out during these things, but there you have it. Some people count sheep; I count scales.

Yet while director Adam Wingard's new franchise installment was hardly my cup of Sleepytime tea, I was at least jazzed, this past Friday, to see so many families gathered in the cineplex lobby to catch it. (At least I think that's what they were there to see – it's not like my auditoriums were overflowing with patrons for French Exit and The Unholy.) Those viewers, many of whom were likely at the movies for the first time in more than a year, probably got their money's worth. The Kaiju and the simian do indeed beat the ever-loving crap out of each other, and also impose their wrath on a behemoth robot and half of Hong Kong. Our misunderstood ape, with no ingénue around to paw at, forges a bond with an adorable little deaf girl. Godzilla speed-swims underwater and belches laser beams. Kong gets his mitts on a giant glowing axe. Alexander Skarsgård, Rebecca Hall, Millie Bobby Brown, Brian Tyree Henry, Kyle Chandler, Demián Bichir, and other noteworthy talents pop their eyes and do their best to mutter or shout unspeakable dialogue with straight faces. Godzilla vs. Kong, in short, gives MonsterVerse fans everything they no doubt expect and presumably want, and with Wingard's film (in a significant surprise) clocking in at under two hours, even I was able to stay fully conscious on a third attempt. Granted, I had to watch the last 45 minutes standing up, but we do what we have to, right? 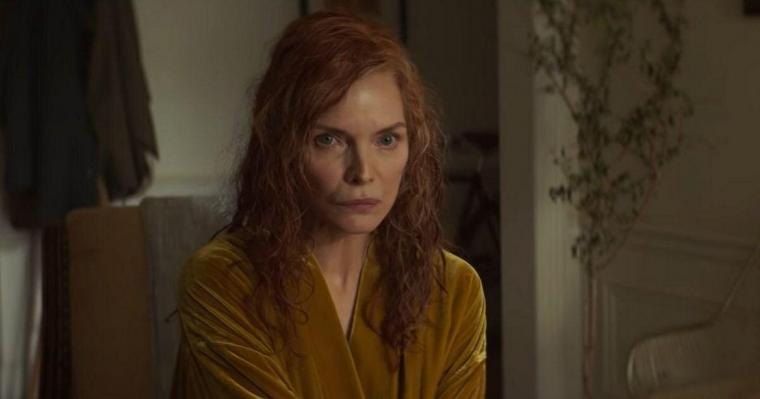 FRENCH EXIT and THE UNHOLY

While fellow movie-goers spent part of their Good Friday watching Kong practice his sign language and Godzilla throw yet another epically destructive temper tantrum, I took refuge amidst the subtler, usually quieter pleasures of French Exit, a melancholy comedy starring Michelle Pfeiffer, and The Unholy, a religion-minded horror flick starring Jeffrey Dean Morgan. Actually, neither release was a complete pleasure, but at least I stayed awake.

Coming off like a more serious, more lugubrious take on Schitt's Creek, director Azezel Jacobs' French Exit finds Pfeiffer playing widowed Manhattan socialite Frances Price, a woman who, after losing her fortune, hightails it to Paris with her adult son (Lucas Hedges' Malcolm) and a plan to live a modest life until she runs out of cash and commits suicide. Happy Easter, everyone! Unless you're Wes Anderson, downbeat whimsy is really tough to pull off, and I'm not sure I ever bought what screenwriter Patrick deWitt (adapting his 2018 novel) was selling: not Frances' apartment turning into a haven for lovable eccentrics; not the séances in which supernatural astonishments are treated with blasé indifference; and certainly not Malcolm, a colorless, unmotivated, entitled prick made even less interesting through Hedges' seemingly catatonic portrayal. (Watching the actor here is like watching me watch Godzilla vs. Kong.) Yet I was in heaven whenever Valerie Mahaffey popped in as lonely, chatty drunk and Danielle Macdonald showed up a deadpan psychic with genuine gifts. And even though I didn't much care for French Exit, I might easily view it again just for the divine treat of seeing Pfeiffer in the most expansive, affecting lead role she's had in decades. Even when ennui is dripping off Frances like sweat, Pfeiffer's dazzlingly thoughtful, funny, tragic line readings and exquisitely languid physicality keep you riveted, as well as hopeful for a happy ending that Frances clearly doesn't think she deserves. Rarely has evident boredom been so electrifying. 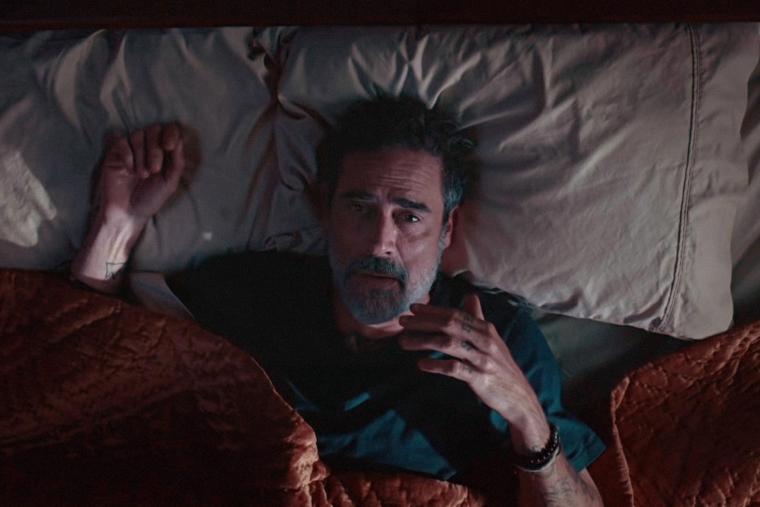 Writer/director Evan Spiliotopoulos' The Unholy, meanwhile, casts The Walking Dead's Jeffrey Dean Morgan as a disgraced journalist seeking career resurrection in the story of a deaf 18-year-old (Cricket Brown) purportedly healed by the Virgin Mary – a saintly apparition that, as the Elvis song goes, might be the devil in disguise. Did I remember to wish everyone a Happy Easter? From the largely cheesy digital effects to the borderline-sacrilegious imagery (so many burning, upside-down crucifixes!) to the shots of a haggard crone rushing the camera with accompanying screeches, there's nothing here that we horror aficionados haven't seen done better many times before. But it was at least reassuring to be in the company of the reliably grizzled and confident Morgan, and the endearing yet slighty creepy Brown is a real find, and Spiliotopoulos handles the PG-13 suspense with a fair amount of finesse; the movie may be typical, but it's never dull. Plus, we get William Sadler as a priest, a kick for those of us who fondly remember the veteran character actor in Bill & Ted's Bogus Journey, where he played the Grim Reaper. Talk about range.