Moving Pictures: "Once Upon a Time ... in Hollywood" 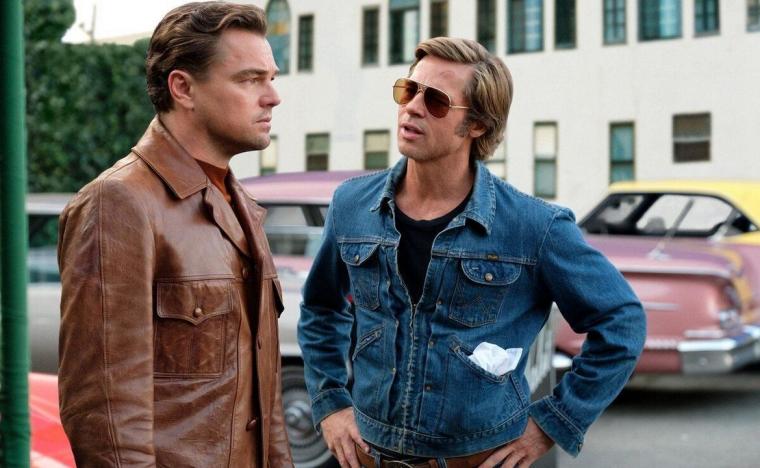 Leonardo DiCaprio and Brad Pitt in Once Upon a Time ... in Hollywood

ONCE UPON A TIME … IN HOLLYWOOD

There are certain things, many things, we've come to expect from a Quentin Tarantino movie, and unless John Travolta is jump-starting one with a shot of adrenaline, heart isn't exactly among them. That's why the primary shock of the writer/director's ninth feature Once Upon a Time … in Hollywood is that it's positively teeming with heart – an unabashed love letter to Tinseltown fringe figures of a bygone era who, as the fairytale title suggests, are eminently deserving of Happily Ever Afters. Whether they actually get them isn't for me to spoil. What can be safely said, however, is that for the first time since 1997's Jackie Brown, Tarantino's love for his characters feels as genuine as his love for the tricky, frequently nasty narrative contraptions he builds for them. The auteur's works will never be accused of being endearing. Compared to his previous eight outings, though, One Upon a Time is a puppy licking your face.

I say this as someone who loves puppies and generally loves Tarantino – at least before those self-conscious, grossly indulgent revenge fantasies Django Unchained and The Hateful Eight dulled my interest in their creator's output. (Inglourious Basterds is a self-conscious, grossly indulgent revenge fantasy, too, but that one I adore.) With Once Upon a Time, however, I've fully re-boarded the Tarantino Express. Over its 165 minutes, we're given a truckload of what we admirers have enjoyed for decades: sterling production and sound design; playful tinkerings with chronology and structure; roles for frequently under-served talents (and Quentin vets) Kurt Russell and Michael Madsen and Bruce Dern. Yet in what is easily his most wholly relaxed outing to date, there's also an inviting sense of ease. Unlike in his other releases this decade, Tarantino, here, doesn't appear all that interested in topping himself, or topping the efforts of others. Instead, he seems content to let scenes and individual set pieces amble along at their own natural tempos, and while there's some serious foreboding of Bad Times Ahead from early on, the overall mood isn't one of escalating panic. It's one of wistfulness, and nostalgia, and almost unbridled sweetness. Yes, the Manson Family shows up. I still found it impossible, over two-and-three-quarter hours, to wipe the ever-present smile from my face. When the credits rolled on this latest Tarantino, though, I was literally wiping away tears. Given this particular filmmaker, that's a first.

In ways that could easily drive many Tarantino fans crazy, there's actually very little plot to Once Upon a Time … in Hollywood; this is the first and very likely last of the man's movies to deserve the descriptor “Altman-esque.” In terms of narrative, we basically follow three characters over just a few days in the span of six months in 1969: former TV-Western hero and current heavy-for-hire Rick Dalton (Leonardo DiCaprio), an alcoholic near-has-been enduring an existential crisis of confidence; Rick's best friend and longtime stunt double Cliff Booth (Brad Pitt), a laid-back charmer with a possibly murderous past and a faithful pit bull named Brandy; and rising screen starlet Sharon Tate (Margot Robbie), the new wife of director Roman Polanski (Rafal Zawierucha), who's enjoying her first flush of fame in the Dean Martin comedy The Wrecking Crew. Dalton and Booth are fictional creations; Tate is not. (Nor are Polanski and The Wrecking Crew.) And if you're aware of Tate's eventual fate at the hands of residents of the Manson-controlled Spahn Movie Ranch commune, you'll quite likely watch Once Upon a Time with a brick of horror in your gut. Tarantino wants you to feel that. (The horror begins with his lingering closeup on the street sign “Cielo Drive,” where Tate and her friends were eventually murdered … and where, in a slightly less-upscale locale, DiCaprio's Rick Dalton resides.) But Tarantino also wants you to feel so much else. And under his exquisite care, we do. 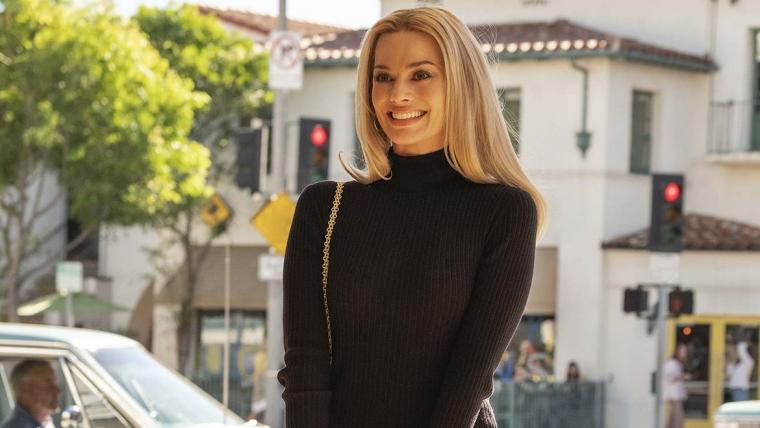 We feel for Dalton, his middle-aged anguish and drunkenness keeping him forever on the verge of weeping in those rare moments he's not openly doing so, and his newfound insecurity and self-doubt manifesting itself in an off-screen stutter he's unable to contain. (This might be my all-time-favorite DiCaprio performance, and Rick's early, helpless collapse on his buddy Cliff's shoulder in the midst of a crying jag might be the most graceful bit of tragicomic sweetness the actor has ever pulled off.) We feel for Booth, who has resigned himself to a second-banana life in a dilapidated trailer yet doesn't appear to hold one ounce of resentment about it, or toward Dalton; Pitt delivers his most elegant, lived-in work since Moneyball, with the added benefit of some uproarious 12 Monkeys weirdness after Cliff gets high off an acid-dipped cigarette. We feel for Tate, not merely – for those of us in the know – because of her historically inevitable grim fate, but for the transcendent happiness that Robbie radiates throughout. Scene after scene finds Sharon serene beyond words, and that's exactly the sensation Robbie's presence inspires.

Yet in an absolute rarity for his canon, Tarantino's ninth is a movie almost over-stuffed with feeling – even lamentation for a long-dead studio-system era you suspect we may be better off without. Granted, in a few of its narrative meanderings, what you experience may well be boredom. (For my part, especially in Cliff's long drives through Los Angeles, the production design alone kept me from even thinking of yawning, but I certainly understand the impulse.) Far more of them, however, are suffused with electricity: Booth facing off, hilariously, against an antagonistic Bruce Lee (Mike Moh) for the Biggest Bad-Ass on the Backlot crown; Dalton finding an unexpected thespian soulmate in an eight-year-old co-star (Julia Butters, who, in her two scenes, handily steals the movie from her adult co-stars); Dakota Fanning's Squeaky Fromme suggesting the nightmare behind her cult's consequence-free lifestyle; the batshit-crazy, über-violent climax that will either completely ruin the film for you or be precisely what you wanted. As of this writing, it's been two days since I've seen Once Upon a Time … in Hollywood, and I'm already antsy to see it again, if only to see Tarantino return not just to form, but a mature, thoughtful, still-devastatingly-entertaining form that even he may not have known he had in him. Quentin may not have been trying to top himself. It's quite possible that he did anyway.