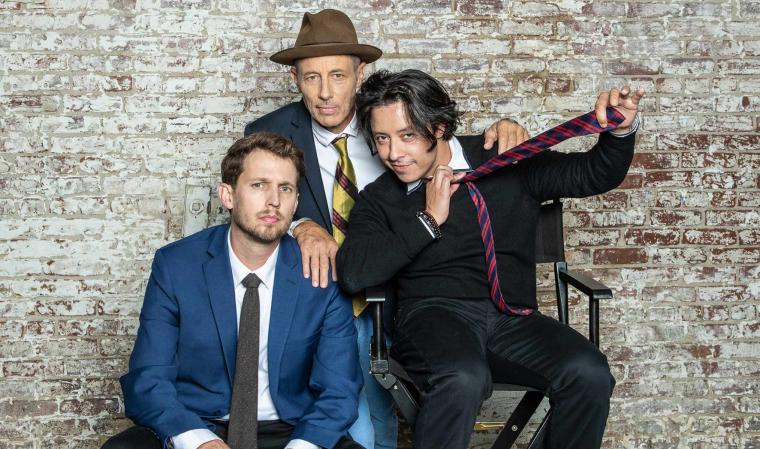 A legendary cult comedy that wound up grossing more than 100 times its reported $400,000 budget and ranks as number 14 on Bravo's list of history's 100 funniest movies, 2004's deliriously deadpan riot Napoleon Dynamite enjoys its long-awaited screening at Davenport's Adler Theatre on September 25, the evening highlighted by a special in-person conversation with three of the film's stars: Jon Heder, Efren Ramirez, and Jon Cries.

Having debuted at the Sundance Film Festival before its national release in the summer of 2004, Napoleon Dynamite concerns its titular high-school student: a social awkward outcast with a complicated family life (including a memorably nutty Uncle Rico) who befriends class-president wannabe Pedro and tentatively romances fellow classmate Deb. Deliberately dry and thoroughly weird, the film was an under-the-radar release that quickly had audiences in stitches thanks to its off-kilter slapstick and endless run of quotable lines, qualities that eventually earned the movie the Best Feature Film prize at 2004's U.S. Comedy Arts Festival. Critics were on-board from the start, with the Village Voice deeming the film “an epic, magisterially observed pastiche on all-American geekhood” and Rolling Stone insisting, “You'll laugh 'til it hurts.” Napoleon Dynamite went on to earn more than $46 million at the box office, and in 2010, Entertainment Weekly – a periodical that initially gave the film a mixed review – listed the title figure as one of the 100 Greatest Characters of the Last 20 Years.

In addition to a screening of the film, Adler attendees on September 25 will be treated to an in-person conversation with cast members Jon Heder, Efren Ramirez (who plays Pedro), and Jon Gries (who plays Napoleon's Uncle Rico.) After achieving instant fame for his portrayal of Napoleon Dynamite – a performance that earned him an MTV Movie Award for Best Breakthrough Performance – Heder went on to co-star in such film comedies as Just Like Heaven, The Benchwarmers, and Blades of Glory, and he provided vocal performances for animated movies including Monster House, Surf's Up, and Pinocchio. Ramirez, who had appeared in such films as Kazaam and King Cobra prior to Napoleon Dynamite, was featured among the casts of Crank, Gamer, When in Rome, and HBO's Eastbound & Down. And veteran character actor Gries, a frequent guest on such classic TV series as Seinfeld, Quantum Leap, ER, and The X-Files (and an Independent Spirit Award nominee for Best Supporting Male for Napoleon Dynamite) has added more than 75 credits to his résumé since 2004, among them his role as Jennifer Coolidge's unhealthy vacation beau in HBO's limited-series hit The White Lotus.