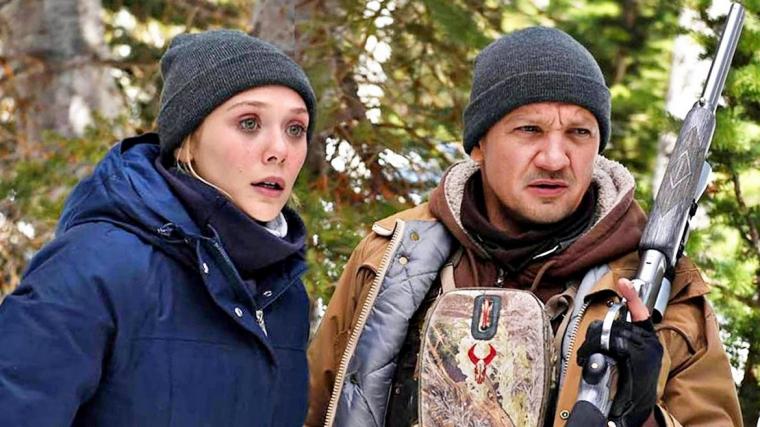 Written and directed by Hell or High Water author Taylor Sheridan, Wind River is another regionally specific crime saga – this one set in a Native American reservation in Wyoming – and it stars Jeremy Renner as a federal wildlife officer and Elizabeth Olsen as an FBI agent. The casting alone makes Sheridan's latest, like, one-tenth of an Avengers movie. But this fantastically smart, supremely entertaining thriller proves that Hawkeye and the Scarlet Witch can perform super-heroics even without the benefit of colorful monikers, otherworldly abilities, and CGI. Sheridan clearly can, too.

Admittedly, Wind River's setup wouldn't make it unfit for a CSI: Wyoming spinoff, with Renner's veteran tracker Cory Lambert and Olsen's newbie agent Jane Banner investigating the probable murder of a teen girl found dead in the snow, and barefoot, six miles from the nearest shelter. There's also something inevitably, and unfortunately, broadcast-TV-ish about the chief defender of the reservation's people being played by a white guy, with Native American actors (among them the sterling Graham Greene and Gil Birmingham) relegated to second-banana status. It's hard for me to complain too much, though, considering Renner's ferociously lived-in performance as a grieving man – one whose own teen daughter died years earlier – trying to survive behind a mask of implacable professionalism. (Renner does perhaps career-finest work in Cory's beautiful, sad monologues about coping with traumatic loss and the details of his daughter's mysterious demise.) And it becomes nearly impossible to complain when confronted with Sheridan's inspiring artistry as both director and screenwriter, his evocation of wintry landscapes and bitter cold as nuanced as his clear-eyed view of the reservation's economically and emotionally depressed inhabitants. But don't mistake Wind River for any kind of bummer, because the film is also spectacularly exciting, with much in its final 20 minutes – which boast a terrifying, arms-wielding standoff and maybe the scariest shootout since L.A. Confidential – a miracle of careful editing and nerve-wracking composition. Forget the Avengers and their nefarious Zemo: This is what true Civil War looks like. 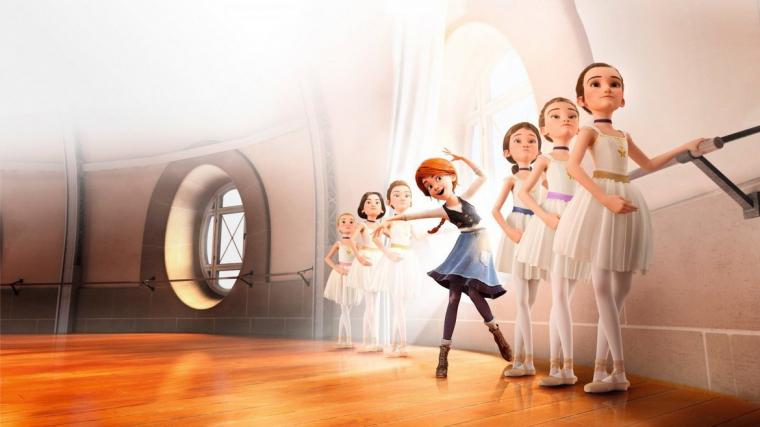 On paper, the animated Leap! would seem to feature everything I traditionally can't stand about modern family comedies of this ilk, including its requisite “Follow your dream!” narrative, its characters dancing to power-pop anthems, its fart jokes, and its crushingly dated pop-culture references, with the malevolent villain here actually whipping out a hammer and insisting, “It's hammer time!” If the film had a talking animal, you'd have Animated Hell Bingo. Yet against all probability and expectation, this French entertainment dubbed into English is a real charmer – a movie whose winning execution almost completely makes up for its formulaic story and frequent genre pitfalls.

The tale involves a spunky, awkward orphan (Elle Fanning's Felicie) who yearns to be a ballerina in 19th Century Paris. Directors Éric Summer's and Éric Warin's offering, unsurprisingly, doesn't attempt any semblance of period veracity beyond its rather gorgeous images of the under-construction Eiffel Tower and Statue of Liberty. (The latter is misidentified by Felicie's pal Victor, in a tee-hee moment for kids' chaperones, as the “Statue of Puberty.” Bingo!) Amazingly, however, Leap! feels emotionally authentic almost throughout, with the plotlines involving Felicie's search for family, personal fulfillment, and dance training truly moving despite their collective embrace of well-worn clichés. (Felicie even gets her own Mr. Miyagi in the form of a lonely, injured dancer whose unconventional methods match her pupil's unconventional personality.) Plus, despite the groaner gags, much of what we get is honestly funny, thanks primarily to the curveball readings of Nat Wolff, Soshana Sperling, Mel Brooks – whose character, ironically, resembles Marty Feldman – and, in no fewer than three roles, the genius-until-further-notice Kate McKinnon. She's the one who delivers that pitiful “hammer time” crack. God help me, because it's McKinnon, I laughed anyway. 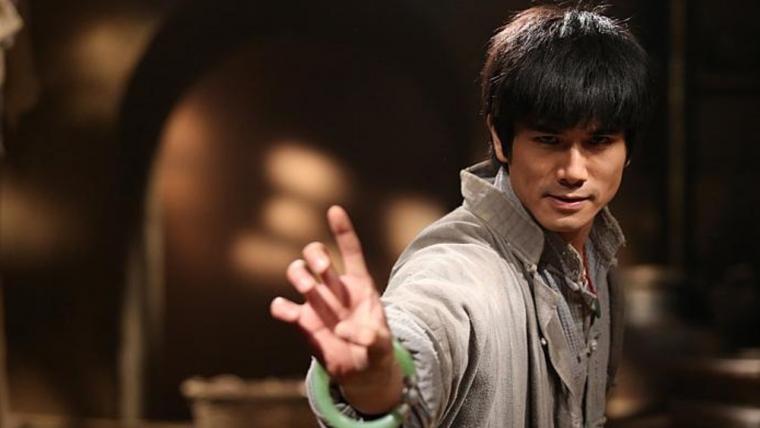 BIRTH OF THE DRAGON

“Technique is a trap. Style is a prison.” So says legendary kung fu master Wong Jack Man in the action-flick bio-pic Birth of the Dragon. Were the man's words perhaps used as a mantra during filming to explain why the movie appears to have been made by incredibly earnest, slightly dim fifth-graders? An opening title card states that what follows was “inspired by” a real-life 1964 fight between Wong and Bruce Lee theoretically initiated by Lee's insolent act of introducing kung fu to Westerners. Director George Nolfi's outing, in turn, is about as thoughtful and deep as any movie inspired by a fight can get.

Given that its only reason for being is the eventual mano a mano between the calm, measured Wong (a touching Yu Xia) and the preening blowhard Lee (an intensely smirky Philip Ng), Birth of the Dragon fills its running length, unconvincingly, with trite, goofy subplots involving the Chinese Mafia and Lee's fictional student Steve McKee (Billy Magnussen), a callow Caucasian in Brando's Wild One jacket. But even when it's time to finally deliver the martial-arts goods, Nolfi doesn't come through. Despite boasting some impressive moves by the stars and/or their stuntmen, Wong's and Lee's face-off is over-edited and lousy with unnecessary shutter-speed flourishes, and the vengeance- and slapstick-minded climax comes close to suggesting an unfunny parody of any entertainment you've enjoyed from the actual Bruce Lee canon. All told, it's a corny, unfocused, amateurish mess, although some of the establishing shots of San Francisco and the Golden Gate Bridge are indeed lovely. Of course, you can also say the same of The Room.