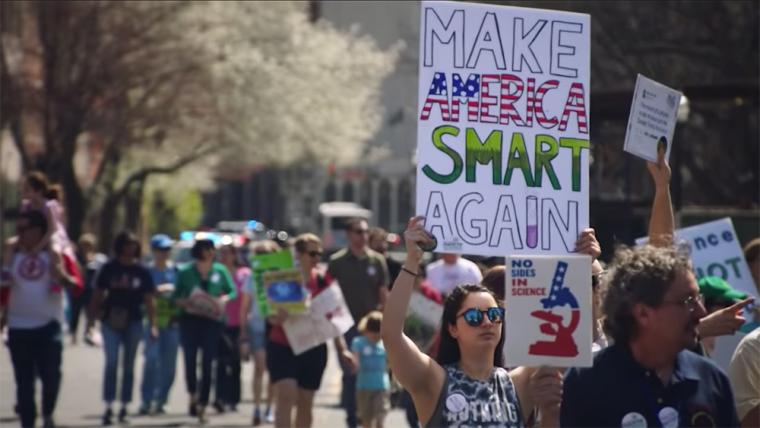 "Paris to Pittsburgh" at the Figge Art Museum -- November 21.

Taking place during Truth in Action's “24 Hours of Reality” program – a daylong global conversation on the climate crisis and how we might solve it – the 2018 documentary Paris to Pittsburgh will enjoy a screening and subsequent panel discussion at Davenport's Figge Art Museum on November 21, an event held as a companion program to the venue's current art exhibition Mia Feuer: Totems of Anthropocene.

A documentary about climate change co-directed by National Geographic filmmaker Sidney Beaumont and documentarian Michael Bonfiglio, and narrated by the Emmy Award-winning star of The Marvelous Mrs. Maisel Rachel Brosnahan, Paris to Pittsburgh takes its title from a phrase used by President Trump on June 1, 2017. (In his withdrawal speech in which he announced that he was pulling the United States out of the Paris Agreement, Trump said, “I was elected to represent the citizens of Pittsburgh, not Paris.”) As scientists’ warnings about the impacts of climate change become more and more dire, and the level of inaction from the federal government becomes more and more alarming, a growing number of leaders are fighting global warming with local solutions. Paris to Pittsburgh consequently features the voices of some of these forward-thinking leaders, including NRDC president Rhea Suh, along with the stories of everyday Americans who have been on the front lines of the climate crisis. From the former coal town of Pittsburgh to the island of Puerto Rico to our own state of Iowa, the film takes audiences through climate-change-fueled disasters in numerous communities, and explores the recovery, resiliency, and tireless efforts to inspire homegrown change.

Beaumont's and Bonfiglio's documentary goes on to show how mayors, governors, community groups, businesses, and others are stepping up, embracing solutions such as renewable energy and reaping benefits including cleaner air, job growth, and cost-cutting. This movement involving innovative citizens, cities, states, and businesses could change the course of our future and ensure that the United States remains a global leader in reducing greenhouse gas emissions while protecting our planet, health, and future generations. The Figge's screening of Paris to Pittsburgh will be followed by a panel discussion with local environmental experts, and is being presented in conjunction with the current display of artist Mia Feuer's Totems of Anthropocene, an exhibit of several unique installations plus a one-person indoor synthetic ice rink on which visitors are invited to skate under a swirling vortex of ravens and uprooted trees.

Paris to Pittsburgh screens in the Figge's John Deere Auditorium at 6 p.m. on November 21, the event is free with $4-10 museum admission, and more information is available by calling (563)326-7804 or visiting FiggeArtMuseum.org.