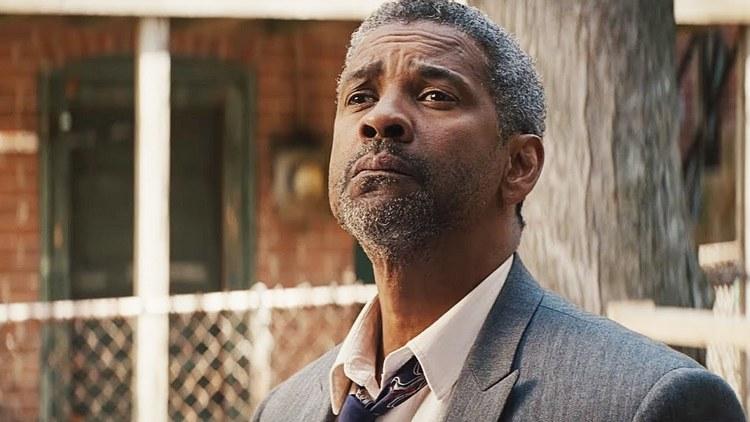 Movies aren’t plays, but it’s amazing how movie versions of plays, every once in a while, can make audiences momentarily forget that. A decade after seeing Dreamgirls, I can easily pinpoint the four moments in Jenifer Hudson’s “And I Am Telling You I’m Not Going” solo that caused our cheering crowd to burst into applause. Thirty-five years after the fact, I can still hear, with perfect clarity, the relieved laughter and ovation at On Golden Pond’s finale when Henry Fonda looked up at Katharine Hepburn and said, “I think I’m feeling all right now.” And if you ask me years down the road, I think I might also have instant recall of which revelations in the August Wilson adaptation Fences elicited loud, collective gasps at my screening, to say nothing of the Viola Davis line reading that, were this an actual play, might have stopped the show for a full 30 seconds.

Published in 1986, Fences – Wilson’s Tony- and Pulitzer-winner about a working-class African-American family in 1957 Pittsburgh – spent nearly 30 years in Hollywood limbo, beginning with its 1987 Paramount Pictures procurement as a vehicle for Eddie Murphy. (Given that the lead is in his mid-50s and the chief supporting male is a teenager, it’s hard to imagine what role the 26-year-old Murphy was eyeballing here.) Yet while playwright/screenwriter Wilson, who passed away in 2005, must surely have hoped he’d live to see a movie of his most acclaimed and accessible accomplishment, I’m not sure we could have been treated to a better one than director/star Denzel Washington’s latest. It’s not that Washington found a way to lick Fences’ inherent theatricality; like many stage-to-film transfers, the movie is intensely talky – almost off-puttingly so in its introductory scene – and the occasional attempts at visual poetry feel somewhat forced. Instead, like Mike Nichols with Who’s Afraid of Virginia Woolf? or Roman Polanski with the God of Carnage adaptation Carnage, Washington embraces the cinematic limitations of Wilson’s one-set drama, keeping the interactions tight and the faces close to us – the better to feel the characters’ physical, geographical, and emotional claustrophobia. Fences is about people desperate yet mostly unable to break free from fences – symbolic and literal, imposed and self-imposed – and so in this movie’s case, the complaint “It looks like a filmed play” is actually a considerable compliment.

It also sounds just like a play, but my God: What a play. A character practically Lear-like in his breadth, grandeur, and loquaciousness, Washington’s Troy Maxson is a 53-year-old former Negro League baseball player – a home-run legend who aged out of the game before getting his chance at the majors. Now a garbage collector, he’s charming and gregarious, if also deeply bitter about the fame he feels denied, and one by one Fences introduces us to the figures orbiting Troy’s planet: his eternally patient wife Rose (Davis); his devoted best friend and co-worker Bono (Stephen McKinley Henderson); his war-wounded brother Gabriel (Mykelti Williamson); the mooching musician Lyons (Russell Hornsby), a 34-year-old son from Troy’s first marriage; and the sullen football player Cory (Jovan Adepo), a 16-year-old son from his current marriage. 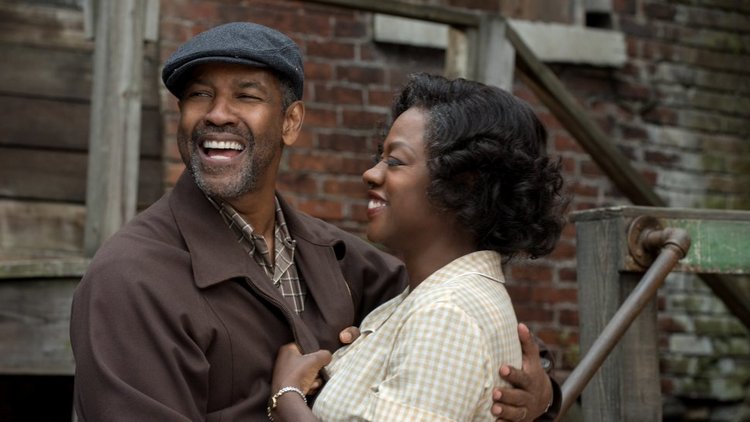 You wouldn’t need to be aware of Fences’ stage history to know, unquestionably, that the material originated in the theatre. Wilson’s gorgeous, lyrical dialogue is more artfully designed, and his sentences and monologues much longer, than is typical of screen conversation, and if one character leaves the scene, you can pretty much guarantee that another will immediately show up to fill the void. But while the movie may be knee-deep in convention, it also boasts the sorts of towering yet life-sized portrayals that even great theatre too rarely provides. I’m actually thrilled that Hollywood dragged its figurative feet on this project for so long, because if it hadn’t, we may not have gotten this cast. (We may have come close, though, as Adepo’s five co-stars all appeared in Fences’ Tony-winning 2010 Broadway revival.)

Washington has a couple of Oscars, and has been a consistent movie and TV presence since the early 1980s, and I still think he’s never been better than he is as Troy Maxson. In Wilson’s script, he’s described as a man so big he fills a room, and that’s just the way Washington acts the role; this star who so often plays things cool and close to the vest seems almost boundless in Troy’s appetites for gab, attention, and, above all, respect, and it’s thrilling to watch Washington out of his traditional comfort zone. He’s especially riveting during showcase speeches, with Troy’s famed, lengthy response to Cory’s “How come you ain’t never liked me?” query performed stunningly well. But Washington is a commanding, conflicted presence throughout, and generous enough as actor and director to cede entire scenes to the richly deserving Henderson, Williamson, Hornsby, and Adepo, each of whom manages to stand toe-to-toe against Washington’s inevitably legendary turn.

As for Davis, it made sense that my audience’s vocal shock and supportive applause landed during scenes involving Rose, because the character may be the new standard-bearer for screen empathy. With the weight of shaky finances, motherhood, and an 18-year marriage to an overbearing (if affectionate) tyrant evident in her every gesture and line delivery, the unfailingly honest Davis delivers breathtakingly subtle work that eventually explodes into shattering anger and sorrow. And while it’s easy to poke fun – as I occasionally have – at the performer’s ability to simultaneously weep from her eyes and nose, the reason it’s effective, and not an acting trick, is because it’s a testament to Davis’ startling emotional presence and complete lack of vanity. Neither Rose nor Davis gives one hot damn whether she looks as bad as she feels. Fences left me spent in the best imaginable way, and in a stage adaptation crammed with wonders, I don’t know how anything or anyone could top the wonder of Viola Davis. You may frequently feel the urge to hand her a tissue, but you won’t, primarily because you’re too busy using it yourself. 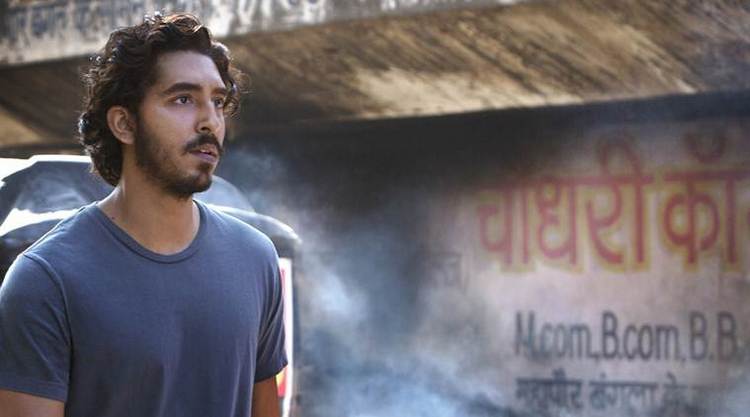 If Oscars were awarded for Best First Half of a Picture, director Garth Davis’ Lion would likely nab the 2016 prize, and executive producer Harvey Weinstein, for once, wouldn’t even have to campaign very hard for it. Based on a true story, the film opens on scenes of tranquil village life in India, with five-year-old Saroo (Sunny Pawar) impoverished but happy at home with his mother, older brother, and younger sister. Through a series of unfortunate events, however, Saroo winds up falling asleep on a passenger train and, over the course of two days, transported 1,600 kilometers to Calcutta, where the child doesn’t speak Bengali and no one is familiar with the town he claims to be from. (When he’s finally asked, in Hindi, his mother’s name, Saroo’s reply is simply “Mum.”) We subsequently follow Saroo as he attempts to make his way home on foot, evades the clutches of those who appear ready to do him harm, and winds up one of hundreds in an Indian orphanage, where he’s finally adopted by a kindly couple from Melbourne (Nicole Kidman and David Wenham) and relocated to Australia. Up until this moment, the film is extraordinary. Pawar, with his big eyes and inspiring naturalism, is compulsively watchable and easy to root for, and Davis pulls off a tricky blend of naturalism and a fable-esque, almost Dickensian quality; little Saroo is like a lost Oliver Twist in a world filled with Fagins. Alexandre de Franceschi’s editing is sharp and Greig Fraser’s photography rich, and everything seems in place for an intelligent tearjerker of the highest order. And what happens? Dev Patel shows up and ruins everything.

I'm probably being colossally unfair to Patel, who plays Saroo as a mostly contented 20-something still haunted by his past, and am certainly being unfair to the movie, because Patel doesn’t ruin everything. Yet the truth is that as soon as the Slumdog Millionaire star took over the role from Sunny Pawar, my heart sank a little, knowing that the handsome, capable Patel would be no emotional or empathetic match for the untrained youth who preceded him. And while there are still terrific moments and scenes to come – with Kidman, who hasn’t been this excellent in years, delivering a knockout monologue on the plights and joys of adoptive parenting – too much of Lion’s second half is vexing, or fraudulent, or both. Rooney Mara shows up in a meaningless girlfriend role, with not one word said about why this native New Yorker is now living in Australia. Wenham all but disappears, and the film’s most fascinating peripheral character – Saroo’s adopted brother Mantosh (Divian Ladwa), a deeply troubled soul with an implied drug addiction – is explored with, at best, marginal interest by screenwriter Luke Davies. Saroo keeps reiterating his desperation to return to his natural mother and brother, never once mentioning that he also had, you know, a sister. So many tear-filled montages are devoted to the technological marvel that is Google Earth that you’d almost think Patel, Kidman, and company were starring in a two-hour PSA for it. The climax, meanwhile, might provide some cathartic release, but it’s the kind that could easily make you angry if you’re at all aware of how brazenly you’re being manipulated. (Without spoiling what happens, I will say that the last movie I expected to be reminded of at the finale was An Officer & a Gentleman.) Davis’ drama is fantastic until suddenly, sadly, it isn’t; it may come in like a Lion, but it goes out, like, lame.