Red Room! Red Room!: “Black Widow” and “Summer of Soul (… or, When the Revolution Could Not Be Televised)” 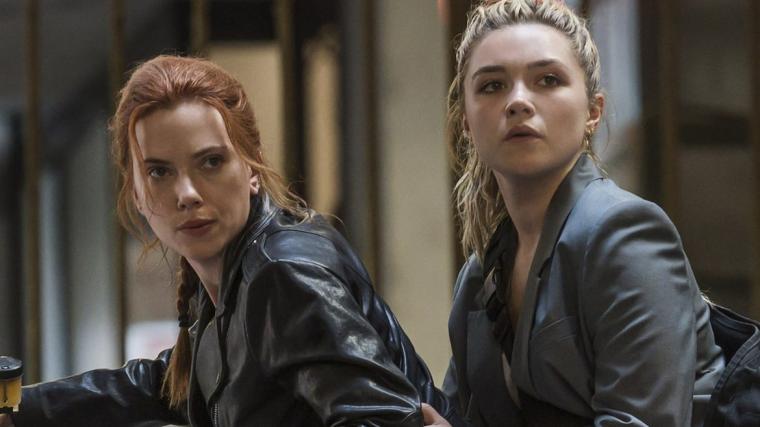 As I've mentioned several (dozen?) times in reviews over the years, I have the oddest relationship with Marvel movies, in that the less they matter – by which I mean a capitalized Matter – the more I tend to enjoy them.

With its super-low stakes and agreeably tossed off, lunatic-next-door plotting, Spider-Man: Homecoming is one of my favorites. I have enormous fondness for the self-contained world building of Black Panther, as well as the 1970s-political-thriller savvy of Captain America: Winter Soldier. And while you could hardly argue that the climactic events of Doctor Strange are irrelevant, given that they basically outline how the impossible will become possible in the epically scaled Avengers: Endgame, even the good doctor's final confrontations with evil incarnate inspire more giggles than awe in his intensely witty origin story. That being said, and with more praise (and some damnation) to come, I suppose the highest compliment I can pay director Cate Shortland's new Black Widow is that, in the grand scheme of things, this Marvel entry could hardly Matter less.

This isn't meant to make light of the movie's central narrative, which finds our heroine attempting to free a group of kidnapped, mind-controlled young women who have been enslaved by a sadistic Russian overlord. (That the movie fundamentally makes light of it, as well as the storyline's incredibly disturbing real-world echoes, is something else entirely.) But there are no universe-hopping hunts for Infinity Stones here; no finger-snapping demigod; no protracted action finale that might lead to The End of the World As We Know It. Thanks to Endgame, the events of which take place roughly three years after those of Black Widow, there isn't even any mystery as to whether Scarlett Johansson's title character (a.k.a. Natasha Romanoff) will survive. For my money, that's all to the good. Like a TV-series “bottle episode” that keeps its focus tight and restricts its cast to a small team of featured players, Shortland's pandemic-delayed feature is, in its Marvel-y way, about as intimate as globe-trotting comic-book blockbusters get. When our attention is solely on Natasha and her three makeshift family members, it's also about as satisfying as these things get.

Granted, it takes a while – maybe a half-hour or so – for the movie to begin delivering that rush of pleasure. The prelude, set in 1995 Ohio, is admittedly quite effective, with Shortland and screenwriter Eric Pearson presenting young Natasha's tranquil domestic life with her younger sister Yelena and her parents Alexei and Melina (David Harbour and Rachel Weisz) – a suburban reverie annihilated by our discovery that armed men are coming to kill them, and that this seemingly nuclear family is, in reality, led by Russian secret agents posing as Americans. Natasha and Yelena, we learn, aren't even siblings, and the orphaned girls' parents aren't their parents, and it's not long before the youths are sent back to their real “home”: a nefarious training site called the Red Room where female foundlings are essentially harvested to become spies and assassins.

After that, though, and for a considerable stretch, the film seems to lose its way. Having fast-forwarded to 2016, Black Widow finds Johansson's adult Natasha in hiding following the events of Captain America: Civil War (casual Marvel viewers such as myself really do need a flow chart sometimes …), until a mysterious package informs Natasha that Yelena is alive and well and kicking butt in Budapest. Eventually, the faux sibs are reunited, with Yelena (Florence Pugh) explaining that the Red Room is still active, its leader Dreykov (Ray Winstone) is still a psychopath, and its brainwashed murderers are in desperate need of an existing antidote to their mind-controlled states. Before that exposition dump takes place, however, you'll have to endure the stupidest scene in the movie – the stupidest scene, in truth, in many of these kinds of movies. 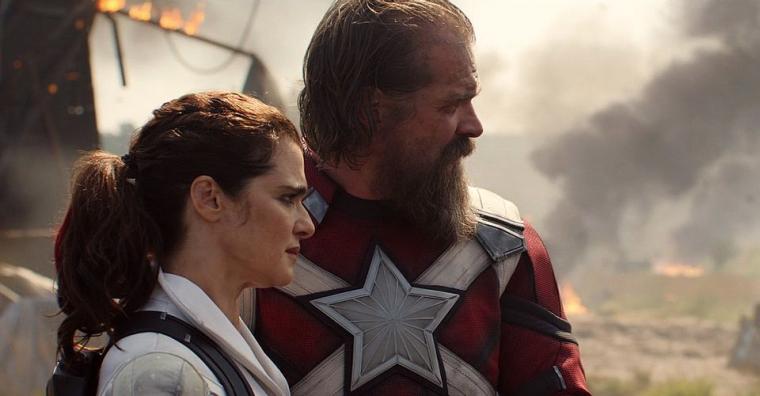 Prior to Natasha's and Yelena's Budapest rendezvous, it was already clear that the film's frenzied action was going to be hyper-actively edited so that the choreography just became a mishmash of gunfire and flailing limbs that randomly made contact. But why oh why did this kind of numbing spectacle have to serve as the initial reunion for Natasha and Yelena, who violently beat each other before their inevitable detente? Why does this appear to be the go-to answer for every screenwriter who doesn't seem to know how else to reunite squabbling bad-asses on-screen? It's always a lazy conceit, but here, it's ridiculous: Yelena sent Natasha the mysterious package because she needed help, and Natasha arrived to provide that help, so why the hell are they fighting? Their brutal battle makes no sense and is promptly forgotten (by the characters) as soon as it's over, and you're left with the uncomfortable feeling that Shortland and Pearson were simply giving fans what they wanted – Black Widow meeting her athletic match in her own sister – regardless of emotional or narrative logic.

Blessedly, the movie gets a lot better afterward, and achieves a kind of near-greatness once Johansson, Pugh, Harbour, and Weisz have few people, or no other people, beyond themselves to interact with. The enslaved-assassin plotting is undeveloped (matters aren't helped by the young women being treated by the filmmakers more as objects than individuals), the blockbuster action remains underwhelming, and Winstone seems to be going for a sinister malevolence that's nastier than anything screenwriter Pearson appears interested in. Yet the four top-billed actors are so magnetic and convincing that they almost wholly make up for Black Widow's failings.

Johansson, as should go without saying, is entirely in her performance element here, and brings deep reserves of guilt and long-buried childhood need to her loaded yet grounded portrayal. Harbour is like a fiercer, burlier version of his Hellboy, and his (I presume?) deliberately broad Russian dialect wrings laughs even out of lines that aren't funny. Weisz's accent is even more unfathomable – at times, bizarrely, she almost sounds like the Muppets' Swedish Chef – but she's believably broken and even more believably impenetrable; you're almost sure that this master spy wouldn't turn on the girls she spent three years pretending to love.

And Pugh, with her low voice, emotional transparency, and unfailingly fine timing, is yet again a wonder, thrillingly well-matched with Johansson and more than deserving of a forthcoming Marvel showcase of her own. (I stuck through the end credits – and I rarely do at these movies – just in the hope that we'd get a few more minutes with Pugh, and we did … as well as an apparent veteran of Disney+'s Avengers offshoot The Falcon & the Winter Soldier, which I've never seen. Seriously. Flow chart.) As a Marvel adventure, Black Widow is somewhat wanting. But as a leather-costumed family dramedy, it's close to unimpeachable – continued evidence that, when it comes to our continued spate of superhero epics, the hiring of first-rate performers is what truly makes these movies Matter. 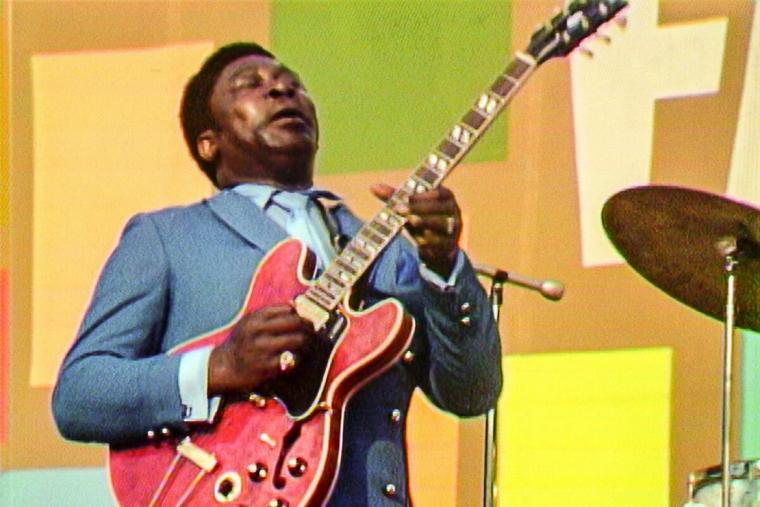 SUMMER OF SOUL (… OR, WHEN THE REOLUTION COULD NOT BE TELEVISED)

As readers of my reviews will likely attest, it's rare – no doubt too rare – that I find myself at a loss for words. But in confronting Ahmir “Questlove” Thompson's concert documentary on the 1969 Harlem Cultural Festival – a film with the Dr. Strangelove-y title Summer of Soul (… or, When the Revolution Could Not Be Televised) – I barely know what to say, given that this extraordinary, historic achievement seems to truly make analysis moot. You don't want to talk about this movie. You just want to see it, and hear it, and feel it – ideally, over and over again.

Over six days in the summer of '69, the same season in which another, higher-profile concert event took place 100 miles to Harlem's north, a thunderous assemblage of Black and brown talent – in addition to audiences numbering in the tens of thousands – gathered in Mount Morris Park for a celebration of love and community shared through R&B, rock, and gospel music. Roughly 40 hours of footage was amassed by producer Hal Turchin. Two hours of it eventually made its way to prime-time television. The remaining 38 stayed in Turchin's basement for nearly a half-century. Now, with footage augmented by present-day reminiscences from fans and festival performers alike (reminiscences, it should be noted, oftentimes culled while interviewees watch the concert footage and re-live 50-year-old memories they've never before seen on-screen), another two hours of the extended concert exist in the form of Summer of Soul. And if there's going to be a bigger explosion of cinematic joy released this year, I'm not sure my heart can take it, because Questlove's directorial debut left me so routinely wiped out with elation, and with heartbreak followed by more elation, that I didn't bother to take a single note on the experience. It's hard to write when you're too teary to see the paper.

Here's just the merest sampling of what we're given. Nineteen-year-old Stevie Wonder singing his heart out and playing the drums like his life depended on it. Sly & the Family Stone killing it with “Everyday People.” The 5th Dimension, beautiful and exultant, delivering their classic Hair mash-up “Aquarius/Let the Sun Shine In.” (Watching band members Marilyn McCoo and Billy Davis Jr. as they watch this number is almost too moving.) David Ruffin hitting incomprehensible falsetto notes on “My Girl.” Ray Barretto expanding the narrative with his propulsive “Mírame De Frente.” Gladys Knight wailing gorgeosly with jazzy accompanying steps by her Pips. B.B. King. (B.B. King, y'all.) The Edwin Hawkins Singers appearing to have a direct conversation with God on “Oh Happy Day.” The incomparable Nina Simone devastating the crowd with “Backlash Blues.” Mavis Staples and Mahalia Jackson partnering on “Take My Hand, Precious Lord” – and it should be a criminal offense that this transcendent, soul-shaking duet has stayed in a basement for generations. All this plus present-day reflections with Stevie Wonder, the Reverend Jesse Jackson, Al Sharpton, Sheila E., Lin-Manuel Miranda; insightful observations on the moon landing, Woodstock, the results of the 1968 election, the decade's seemingly never-ending assassinations; outfits of astoundingly vibrant orange, yellow, green, purple. (Major kudos to the film's astonishingly restored footage, because there's no way the filmed scenes originally looked this good after five decades in storage.) Summer of Soul is absolute bliss. See it with friends on a big screen; it's currently playing at Iowa City's FilmScene and Marcus Sycamore cineplex. See it on TV, if you'd rather; it's currently also streaming on Hulu. Just see it. And hear it. And feel it.