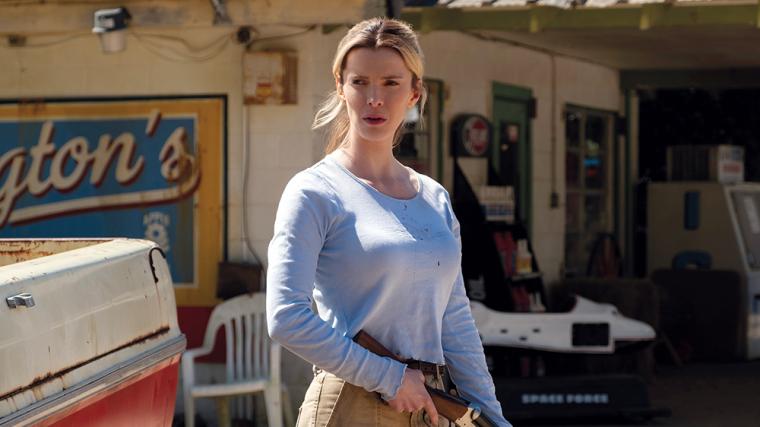 Betty Gilpin in The Hunt

[3/17 Author's note: As of today, area cineplexes have temporarily closed.]

For the time being, the Quad Cities' movie theaters are still open for business, and if there are any upsides to the recent downsizing of public-entertainment options, I suppose one of them would be that it's way easier now to secure film tickets without the threat of sitting next to strangers. That's hardly what I'd call a silver lining. But unless (or until) our cineplexes temporarily close up shop, too, you can still catch Onward and The Invisible Man and Emma. and The Call of the Wild … and, if your standards are somewhat lower, the three releases that debuted in underpopulated auditoriums this past weekend … .

It's been a few days since I saw it, and I still can't decide whether I consider the brutal, sometimes brutally funny Blumhouse thriller The Hunt a strangely great terrible movie or a strangely terrible great movie. Either way, I generally had a ball. An extremely loose adaptation of Richard Connell's 1924 short story “The Most Dangerous Game,” this vicious satire on America's ongoing culture war casts Betty Gilpin and about a dozen others (including Emma Roberts, Ike Barinholtz, Ethan Suplee, and Justin Hartley) as Red State “deplorables” who wake to find themselves gagged, abandoned in a field, and hunted for sport by an unseen cadre of Blue State “elites.” With the words Republican and Democrat never uttered, those descriptors in quotation marks are the movie's chosen terms, and whenever Nick Cuse's and Damien Lindelof's script employs exhausting buzzwords and phrases such as “snowflake,” “libtard,” “crisis actors,” and the omnipresent “fake news,” especially for comedic effect, the cringe-inducing overtness of the dialogue and its delivery made me want to hide my face in embarrassment. If I had kept a running count on my fingers of scenes that felt either intentionally or accidentally overwrought, I'd be forced to also take off my socks and count on my toes. That being said, though, damn is thing a frequently nasty good time.

I had a feeling The Hunt was playing for keeps when the very first character to get picked off was played by one of the film's most recognizable castmates, kind of like how Gwyneth Paltrow was written out of Contagion after its first 10 minutes. (Allusions to COVID-19 really are inescapable these days, aren't they?) But I still didn't expect director Craig Zobel's equal-opportunity offender to rid itself of stars with such spectacular zeal – famous faces are dispatched here like they're red-shirts on Star Trek – and certainly didn't expect the “Most Dangerous Game” element itself to be undone before even a half-hour had passed; it turns out there's a lot more going than the movie's publicity, and certainly its reputation as an inflammatory political screed, would lead you to think. 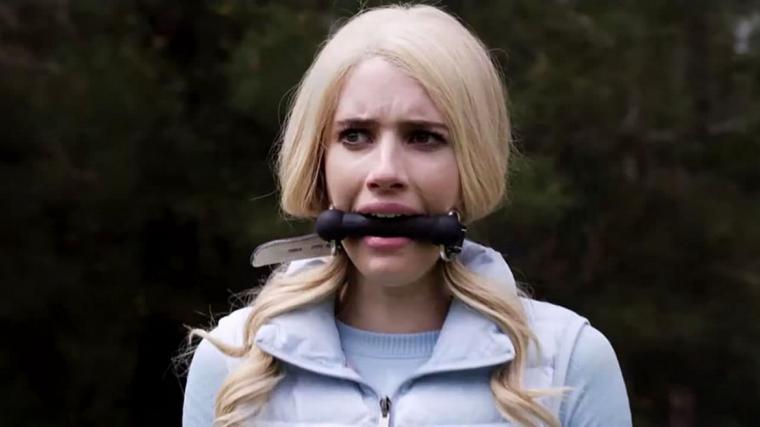 Zobel keeps the continually unpredictable narrative and shockingly violent encounters zipping along so quickly that you barely have time to register the wittier visual gags, and despite the achingly on-the-nose verbiage, the screenplay is oftentimes exceedingly clever in its pop-culture specificity. (You've got to hand it to writers who know how to sneak in “Ava DuVernay” as a character-revealing punchline and can turn casual mention of Tears of the Sun into a successful running joke. And here I thought I was the only one who remembered that Bruce Willis dud from 2003.) Plus, for all of the displayed ugliness in terms of personality and motive and event, the performers – among them the first-rate Hillary Swank, Amy Madigan, and Reed Birney – look to be having a blast in their disreputable slumming, none more so than Gilpin, whose watchful Southerner Crystal is like what you'd get if you crossed the Anna Paquin of True Blood with the Sigourney Weaver of Aliens. Blazingly intelligent, mordantly funny, and a phenomenal ass-kicker, Crystal is perhaps the only legitimate human being in this perversely unsettling landscape, and Gilpin is utterly riveting whether she's attempting to suss out a traitor in her midst or remembering her mom's bedtime story about the jackrabbit and the box turtle – a queasy morality fable that's grimmer than Grimm. For worse yet mostly for better, so is The Hunt. 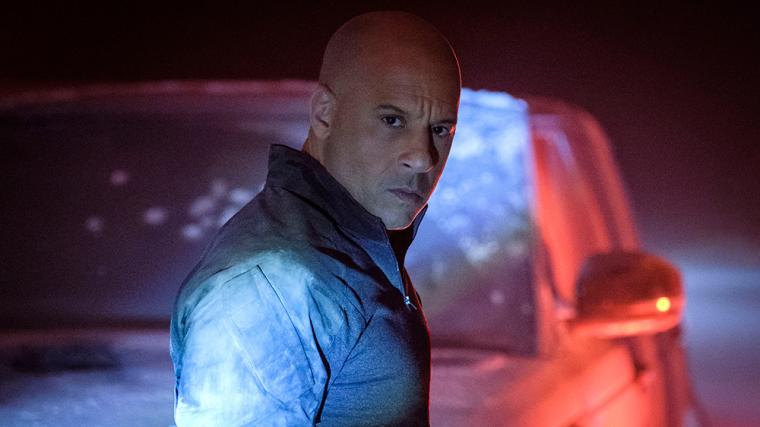 Excepting a few entries in the Fast & Furious series, does Vin Diesel naturally seek out the most boring action flicks he can find to star in, or it is simply his presence that makes them so dull? In Bloodshot, an adaptation of a comic book by a publishing company I'd somehow never heard of (that would be Valiant Comics), the monotone monolith plays Ray Garrison, a murdered soldier who, through scientific means too silly to get into, is resurrected as a Terminator-style killing machine intent on avenging his and his wife's deaths. To be fair, director Dave Wilson's superhero origin story of sorts boasts some fairly ingenious plotting – as with The Hunt, the movie is more complexly structured than its trailers let on – as well as some inspired comedic support courtesy of Lamore Morris, whose Cockney high-tech wonk Wilfred Wigans is sweetly amiable and goofy enough to make you wish that Diesel was playing second banana to him. Alas, he's not. While the star, as usual, acquits himself admirably enough in the hand-to-hand-combat sequences, he can't generate even remote interest or credibility in Garrison's grief and anger, giving the impression that his half-cyborg is being portrayed by an actual cyborg. Diesel isn't at all helped by the incoherent fight choreography, which is over-edited to death, or by the choppy vacillations between blockbuster-minded incident and sardonic humor, the former of which is banal and the latter of which is largely ineffective. But Bloodshot still required a more charismatic lunkhead than the one we're given, especially when he's paired against either Morris or the enjoyably reptilian Guy Pearce as Dr. Emil Harting, the suave mad scientist who initiates Garrison's return(s). The doctor's experiment was clearly a success, but after this particular subject was brought back to life, how exactly could Harting tell? 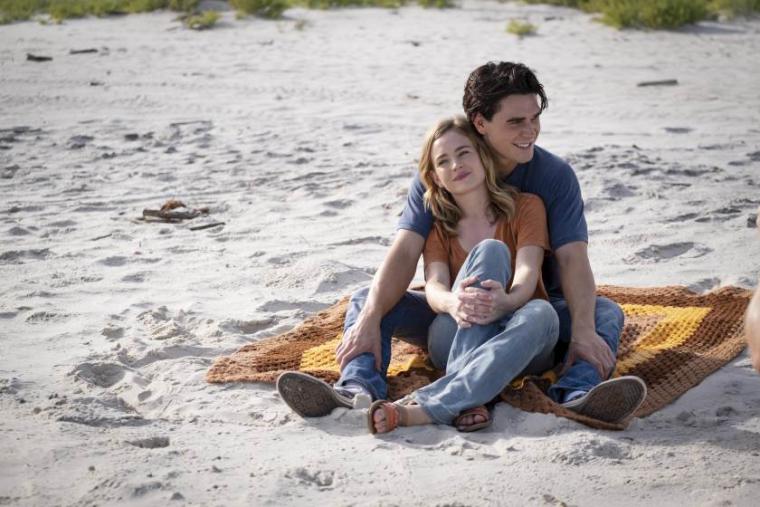 Have you ever had the experience of feeling a little tipsy at a party, and then realizing that everyone around you is far more drunk than you are, at which point you instantly sober up? That's kind of how I felt when I saw I Still Believe, the new faith-based musical drama by filmmaking siblings Andrew and Jon Erwin. A romantic tearjerker in extremis, it's adapted from the memoir by Christian-music sensation Jeremy Camp, who married his first wife Melissa not long after her initial diagnosis of ovarian cancer, and lost her to the disease four-and-a-half years after their wedding. It should go without saying that this is heartbreaking material, and with the leads portrayed by the supremely earnest KJ Apa (who sings beautifully) and the beguilingly naturalistic Britt Robertson, the Erwin brothers' follow-up to their 2018 MercyMe hit I Can Only Imagine would seem custom-made for patrons eager for a good cineplex bawl. Heaven knows they were at my screening. Yet while I, too, was more than ready for a cathartic weepie, particularly at the tail end of such a depressing week, I was unable to muster more than the occasional misty eye, considering that a pair of audience members sitting in the row behind me were crying so loud and so long during the film – starting at the 30-minute mark and not stopping 'til the closing credits 90 minutes later – that they seemed to suck up all the feeling in the room. I won't lay all the blame for my underwhelmed response to the movie at their feet; the Erwins' latest is still cornier and more baldly manipulative than it needed to be, the songs (to my ears) are bland to the point of nonexistence, and several figures – principally Nathan Parsons as Christian artist Jean-Luc La Joie and Gary Sinise as Jeremy's minister/pizza-delivery-guy father Tom – are likely more fleshed out in Camp's book than they are onscreen. Besides, I'm actually delighted that those sniffling and sobbing patrons got the emotional release they clearly wanted. Every time I heard their vocal misery, though, I felt like a jackass for not being more moved than I was, their reactions reinforcing, rather than arguing against, my impression that the film wasn't quite sticking the tearjerker landing. I Still Believe is perfectly acceptable, but Terms of Endearment – or I Can Only Imagine – it ain't.