Saber the Moment: “Star Wars: The Last Jedi” and “Ferdinand” 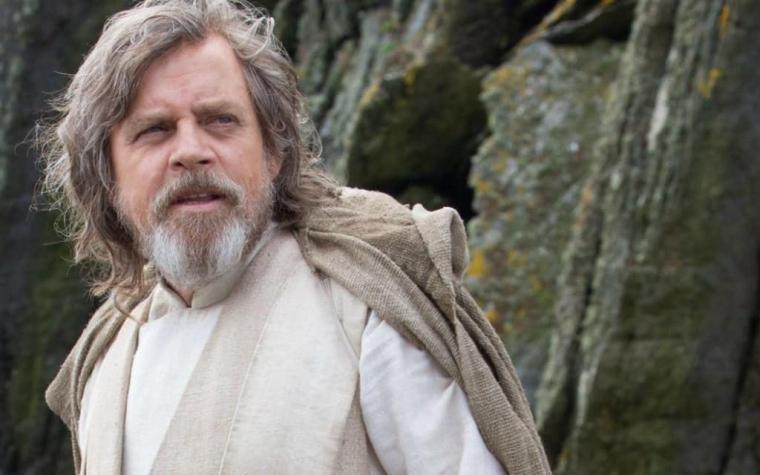 Over the decades, the Star Wars films have boasted so many unforgettable sounds – light sabers swooshing, R2-D2 beeping, Darth Vader breathing – that it's both unexpected and rather amazing to find the signature sound in Star Wars: The Last Jedi to be silence.

Writer/director Rian Johnson's dazzling sci-fi entertainment is certainly filled with aural wonders, from the high-pitched shrieks of puffin-like beings called Porgs to the malice-dripping rumble of Andy Serkis' Supreme Leader Snoke. Yet what I most thrilled to were the moments that weren't merely subdued, but nearly or completely devoid of dialogue, music, and background effects – the still, eerie preambles to Rey's and Kylo Ren's telepathic communications, for example, and the jaw-dropping three-to-five seconds following a decisive blast into hyperspace. The Last Jedi is fantastic fun, and in its occasional instances of quiet, you feel the audience rapt with attention and awe, totally hushed except for those patrons – perhaps including yourself – muttering barely audible “Whoa”s.

If your Last Jedi experience was anything like mine, however, the crowd probably wasn't voiceless for long. How could it have been, when Johnson and his sterling performers and tech team were giving us so much worth cheering? It's obviously too early to get into plot specifics here without plastering “SPOILER ALERT!” at the top of every paragraph, if not every sentence. But damn did Johnson and company keep providing grand gestures and riotous throwaways that elicited, and deserved, roars of approval: the magnificently choreographed two-on-12 light-saber battle; the payoff to BB-8's tenure as a slot machine; the surprisingly gruesome execution that ends with a satisfying thunk; Luke Skywalker casually flicking a speck of dust off his shoulder. Bits such as these, and there are oodles of them, aren't fan service. They're in service to the enjoyment of everyone, regardless of their personal stakes in the Star Wars universe. To be sure, familiarity with previous installments – especially J.J. Abrams' 2015 The Force Awakens – will help make sense of the proceedings. Yet I'm not sure it's altogether necessary; Johnson's storytelling is so confident and engaging, and the film's particulars so satisfying, that even a Star Wars newbie should have no problem following the action and having a kick-ass time.

Series devotees, it should go without saying, will likely have a better one, although they'll also be more likely to nitpick. And nitpicking, to be honest, is kind of easy. Even this only-moderately invested fan couldn't figure out the logic behind the Maz Kanata cameo (why her?) and several contrived “Where'd he/she come from?!” appearances, and you don't have to love the new Star Wars movies – just Oscar Isaac – to be disappointed that Resistance pilot Poe has been made largely irrelevant. (I also could've done without the trio of adorable tykes – two boys and a girl, natch – whose presences hint at Force-ful adventures yet to come. One trilogy at a time, please!) But beginning with the traditional opening blast of John Williams' fanfare, there's so much else to adore that even perfectly reasonable complaints end up feel like quibbles, especially once you realize how smartly and subversively Johnson is popping holes in the franchise's built-in portentousness. All told, this is serious stuff, yet never so serious that it deprives us of excellent jokes.

There's actually an outstanding one in The Last Jedi's first minutes, when a sneering threat by Domhnall Gleeson's First Order general is nonchalantly brushed off by Poe, who claims not to have heard it. (Sadly, that's also as good as Isaac's material gets.) All throughout, however, visual and verbal wit abounds when you don't expect it to. Mark Hamill's Skywalker, for instance, has never been a source of Star Wars hilarity. You sure wouldn't know it from this installment, though; Hamill earns a laugh even before he speaks, and his scenes involving Luke's introduction to, and Jedi-training of, Daisy Ridley's Rey are both powerfully sincere and frequently funny. (“Where are you from?” “Nowhere.” “No one's from nowhere.” “Jakku.” “Okay, that's pretty much nowhere.”) John Boyega is reliably amusing as the heroic coward Finn, and is given a charming ally in Kelly Marie Tran's Rose. Even Adam Driver's incandescent, conflicted evil as Kylo Ren is occasionally leavened by humor, and Johnson sometimes pulls off intensely clever gags through mere acts of bait-and-switch, as when we're led to believe a major character will be played by Justin Theroux, only to find his thunder stolen by Benicio Del Toro.

Yet for all of your chuckles, and all of your astonishment at the bevy of glorious effects and imaginatively conceived creatures, you'll also be hard-pressed not to well up. For many of us, that was going to be a given merely through the participation of Carrie Fisher, whose character arc and beautifully calibrated performance as General Leia make you rue the performer's passing even more than you did before entering the auditorium. But I found myself repeatedly close to the emotional edge in Johnson's enthralling Star Wars: The Last Jedi: at the electrifying tension between Rey and Kylo Ren, even when they were literal worlds apart; at the master plan of Laura Dern's Vice Admiral Holdo; at the sight of a well-worn cloak falling gently to the ground. “I'm just glad you're here,” says Leia to a long-absent figure from her past. I was crazy-glad to be there, too. 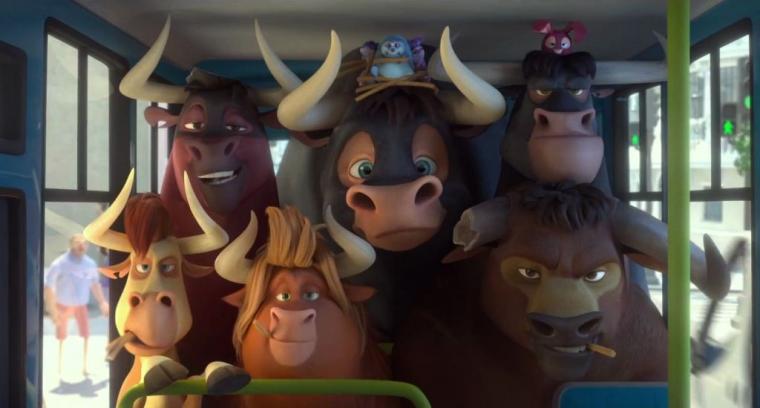 Based on the classic children's book The Story of Ferdinand – which I was astounded to learn was outselling Gone with the Wind in 1938 – the new animated comedy Ferdinand tells of a gentle, flower-loving bull (winningly voiced by John Cena) who yearns to return to the farm after being chosen as a retiring matador's final antagonist. In paperback form, this simple tale is 32 pages. As a movie, it's an hour and 45 minutes. So it doesn't just feel like director Carlos Saldanha's narrative is padded. It feels like nothing but padding, as evidenced by the busy antics of too many supporting animals, the onslaught of narratively inessential chase scenes, and a mid-film dance-off that lasts longer than these things do even in the Step Up series.

But I still had a more-than-fair amount of fun, considering the padding seems composed almost entirely of feathers; it's tough to bitch when you're being so thoroughly tickled. There are great set pieces involving Ferdinand gingerly working his way through a china shop and instigating an unofficial running of the bulls down the streets of Madrid, plus a not-entirely slapstick-y navigation through an appropriately unpleasant slaughterhouse. There are enjoyably goofy nods to “Brick House” and the Macarena, and that pretentious bullfighter (Miguel Angel Silvestre) proves, hysterically, to be all flaring nostrils and clenched buttocks. There's first-rate voice work by Bobby Cannavale, Anthony Anderson, David Tennant, Raúl Esparza, Gina Rodriguez, Jerrod Carmichael, Daveed Diggs, and football legend Peyton Manning, plus Kate McKinnon, who, providing vocals for the pop-eyed goat Lupe, finally lands an animated character as deliriously funny as McKinnon herself. (Lupe is in a constant state of regurgitation, at one point even coughing up a castanet.) And best of all, there's a troika of prissy German show ponies whose every synchronized movement and daffy Teutonic utterance is to be treasured, whether they're teasing our hero (“I bet his parents weren't even related!”) or delivering completely bananas non sequiturs. (“I've fallen and I can't giddy-up!”) Did I like Ferdinand? Aye. Would I have preferred it without its time-killing excesses? Neigh.