She Don't Need Another Hero: “Glass” 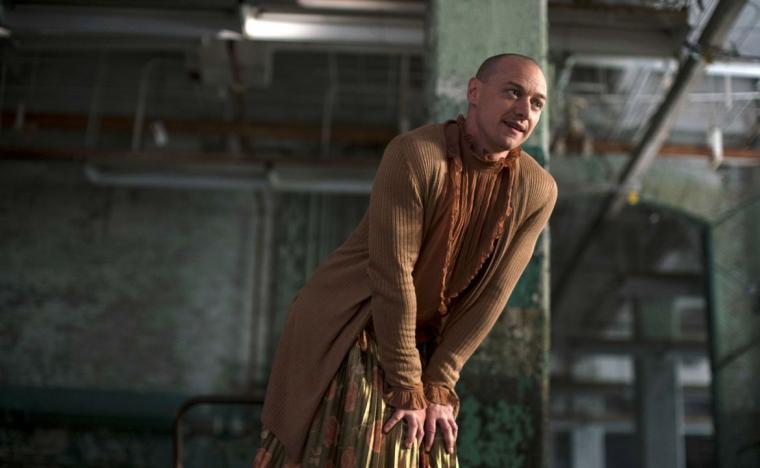 M. Night Shyamalan has publicly stated that there won't be any sequels to Glass, the auteur's quasi-comic-book thriller that is itself a sequel to 2000's Unbreakable and 2017's Split, and I have no reason to doubt the man. Yet I'm hoping Shyamalan might at least consider a prequel or two, because as of now, I'm not quite ready to be done with James McAvoy's electrifying, disarmingly jovial performance(s) as Kevin Wendell Crumb, the conflicted serial killer who, in Split, made life hell for a trio of kidnapped teens. I wouldn't even mind if those prequels were as messy and overwrought as Glass, just so long as they were equally entertaining.

In truth, it's hard to gauge how strongly I should recommend the film – or rather, to whom I should recommend the film. My brother, for instance, asked whether I thought he'd like it, saying, “I love Unbreakable but was indifferent about Split.” I consequently had to tell him probably not, and also doubt that Split fanatics who were iffy on Unbreakable will want so much of their time with McAvoy and Crumb's 23 personalities interrupted by the unmitigated gloom of Bruce Willis' David Dunn and the grandiose portentousness of Samuel L. Jackson's Elijah Price. But if, like me, you're not necessarily in thrall to either Shyamalan outing but can easily name aspects of both that wow you, the writer/director's latest is an engaging, modestly inventive 130 minutes, even when it's sometimes flying off the rails.

As in real life, Glass' narrative finds 19 years having passed since Dunn (19-YEAR-OLD SPOILER ALERT!) discovered that he possessed superhuman strength and the psychic ability to visualize people's past crimes with a touch. Now running a Philadelphia-based home-security store with his son (Unbreakable's now-grown Spencer Treat Clark), Dunn frequently sneaks off to foil crimes under a hood and an ever-changing moniker, currently preferring “The Overseer” to media favorite “The Tip-Toe Man.” But as we learned in Split's mid-credits tag, Dunn exists in the same Shyamalan-ic universe as dissociative-identity-disorder sufferer Crumb. So it was only a matter of time – almost two years to the day! – before Dunn's avenging angel encountered Crumb's capitalized Horde of entities, one of them a wall-scaling, flesh-chomping creature known as The Beast. Consequently, after following Crumb to an abandoned warehouse where four chained-up cheerleaders are being terrorized, Dunn frees the girls, confronts The Beast, and takes their fight to the streets. Handily, though, cops are on the scene, and after the men are subdued, superhero-disbeliever Dr. Ellie Staple (an ever-welcome Sarah Paulson) takes them to the Raven Hill Memorial Psychiatric Hospital for evaluation – the very same asylum that's housed Dunn's malevolent nemesis Elijah “Mr. Glass” Price for nearly two decades. Holy world-building, Batman!

This, in theory, is the moment we've been waiting for: the long-anticipated union of Dunn, with Willis' unshaven solemnity; Crumb, with McAvoy's whirling personality switches; and Price, with Jackson's facial tics and eerie silence. But I was having fun long before Shyamalan's camera rolled into the trio's group-therapy session and its lilac-pink décor that suggested a waiting room at the Grand Budapest Hotel. Making ample use of an obviously minimal Blumhouse budget (reportedly $20 million, which is roughly what Willis was being paid for his mid-'90s film roles), Glass' director stages his early, effects-driven heroics and dastardly deeds with speed and visual flair, dropping in just enough flashback reminders of Unbreakable and Split to make necessary connections without stopping the action dead. And although Shyamalan makes us too aware of Crumb's impending metamorphoses into The Beast – McAvoy removing his shirt is like Clark Kent entering a phone booth – the actor is terrifically enjoyable in his individual character choices and lightning-fast transformations, with Shyamalan wisely playing many routines for laughs amidst the tension. (Amusingly, Crumb's hidden personalities are always aware of what his present personality is saying and doing, and are oftentimes mortified by one another's behavior.) So it comes as something of a major bummer that when Glass' superhuman figures are finally gathered in the same room, the initial kick of the movie gradually lessens. 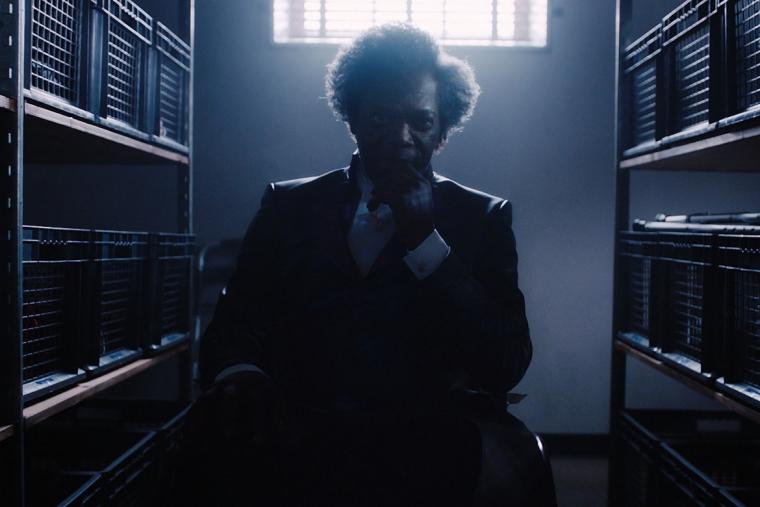 Thankfully, it never completely abates, and in fairness to Shyamalan and his penchant for surprises (fans can argue over whether the film features one de rigueur climactic twist or two), I'll resist saying more about the plot, which goes in a direction that's somehow both wholly unexpected and wholly inevitable. Yet the moment that Paulson's seemingly level-headed shrink begins psychoanalyzing her three subjects and insisting that they may actually not have the powers they imagine, Glass goes wrong in about a half-dozen different ways – none of them particularly destructive, but all of them pretty disruptive.

Shyamalan is a clever guy. The problem, though, is that he knows it and can't stop reminding us of it, so instead of allowing us to decipher the movie's comic-book parallels for ourselves, he spells them out through endlessly repeated references to genre tenets – origin stories, hidden weaknesses, monologuing über-villains – that would've been more satisfying if discovered on our own. (Shyamalan, here, is a deconstructionist whose characters provide running commentary on the deconstruction.) The eventual gathering of our protagonists also leads to a lot of subsequent narrative contrivance and lapses in logic, as well as some truly eyebrow-raising storyline holes. (How, exactly, does Price keep wheeling himself in and out of his well-guarded room?) And even those of us who appreciate what the director is able to pull off on a modest budget might initially giggle, and then groan, upon realizing that the hospital melee that would be most comic-book movies' second-to-last dramatic face-off is actually the last dramatic face-off. It's a hoot watching McAvoy scamper across the lawn like a cougar and lift a truck like an Olympic bench presser, but, ya know, Thanos it ain't.

Still, I didn't mind that much. It was nice to the see that Clark, who had always been a solid child actor, had matured into a solid adult actor, and an even bigger pleasure seeing the returns of Unbreakable's Charalayne Woodard (as Price's mother) and Split's Anya Taylor-Joy (whose teen survivor, rather confoundingly, has apparently developed a Stockholm-syndrome crush on her assailant over the two years since her abduction). Beyond his mostly sharp pacing, Shyamalan comes through with a handful of arresting images that are held for near-perfect lengths of time, particularly Price's deliberate roll down a hallway while Crumb, out of focus, swiftly fells a trio of hospital guards. Willis may look customarily sleepy, but Jackson at least appears wide awake, delivering a juicy bit of retribution – and deliciously nasty verbal kicker – to an obtuse orderly. Despite the film's “Look to me!” self-consciousness, there are also admirable fringe touches, such as the 23 toothbrushes stationed near Crumb's hospital bed. And, of course, there's Crumb himself, whom the verbally dexterous, physically witty, and supremely playful McAvoy portrays with a fiendish glee indicating that he, too, would continue his involvement with this series if at all possible. So I say bring on those Glass prequels. Some of Crumb's toothbrushes, I noticed, had still been unopened.