Six Characters in Search of a Doorknob: "Escape Room" and "Bird Box" 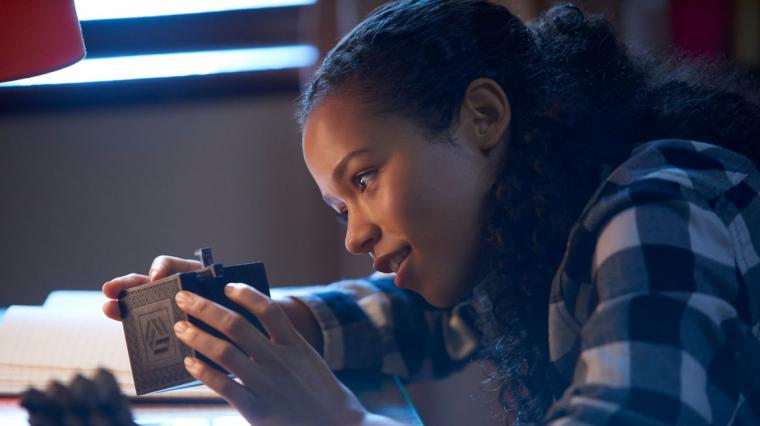 Escape Room is about a group of strangers who want to escape a room, or rather several rooms, and in its narrative elegance, psychological nuance, and thematic incisiveness, the film brings to mind Pirandello, or perhaps the Jean-Paul Sartre of No Exit. “Hell is other people” wrote the author, and as our six tormented protagonists struggle in the face of devastating insularity and the nothingness of existence, Escape Room invites us to … .

I'm pulling your chain. It's just a cheesy, dopey little thriller. But it has its moments.

Specifically, it has production-design moments. Like a PG-13 Saw sequel in which the victims enter their torture chamber voluntarily, director Adam Robitel's latest first-weekend-in-January throwaway (following 2018's Insidious: The Last Key) finds a half-dozen Chicagoans accepting invitations to participate in a “How do we get out?” puzzle with a $10,000 prize. They're the usual rogue's gallery of types: a shy college student with a secret (Taylor Russell), a flashy business executive with a secret (Jay Ellis), a chain-smoking slacker with a secret (Logan Miller), etc. And one by one, as you knew they must, this secretive bunch gets knocked off while attempting, through wits and luck, to find clues and solve mysteries that lead them from one prohibitively expensive deathtrap to another.

Those deathtraps, though, are really something. A halfhearted explanation eventually suggests how Escape Room's puppet-masters may have been able to afford high-rise locations that appear to cost as much as the GNPs of most mid-size countries. But whether the funding came from a sociopathic Kickstarter campaign or Jigsaw himself, the rooms that our game players are forced to evacuate deliver an impressive amount of giggly fun. The waiting room that doubles as a 30-by-40-foot space heater is good for some sweaty tension, with chillier treats coming from the wintry forest site that boasts stuffed polar bears and a barely-frozen ice pond of near-bottomless depths. There's suitably grubby décor in a hospital-ward chamber; a well-furnished study slowly collapses into itself; walls and faces melt in a black-and-white locale seemingly designed by M.C. Escher and Salvador Dalí. Best of the bunch is the billiards hall constructed entirely upside-down, complete with barstools on the ceiling and a creepy, distorted rendition of Petula Clark's “Downtown” playing in an eternal jukebox loop. Robitel's movie gives you loads to look at. And thank goodness for that, because for the whole of Escape Room's 100 minutes, there really isn't anything else to do. 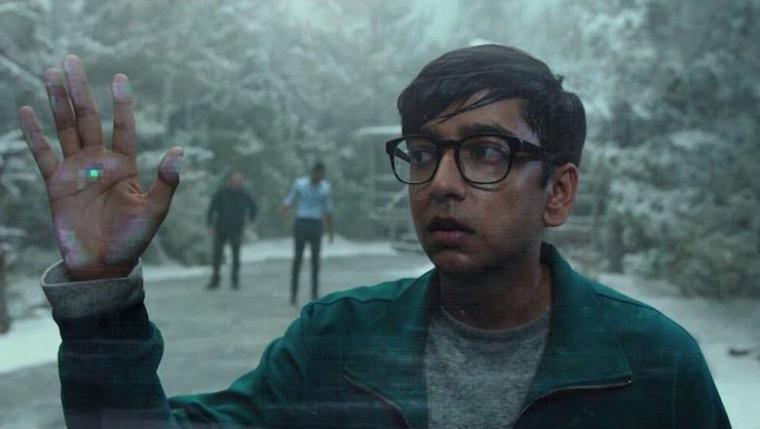 Although our six potential escape-ees (the others played by Nik Dodani, Tyler Labine, and Deborah Ann Wall) wind up being connected situationally, if not personally, we never learn quite enough about them to determine how their pasts shape their present thinking, so there's little kick in watching them employ previous experience to will their ways out of trouble. (The minor exception comes from Wall's scarred Amanda, whose military training and upper-body strength prove enormously beneficial.) Considering that we almost always discover clues at the precise moments those on-screen do, there's nothing to arouse, as Hercule Poirot would call them, “the little gray cells” in determining what paths might or should be taken. When we are given a hint based on prior information – such as the stuffed animal with eyes of two different colors – that hint generally proves meaningless.

Most disappointingly of all, there's no one here to really root for – only characters that you'd prefer survived longer than others. For my money, both Ellis' Gordon Gekko wannabe and Dodani's initially enthusiastic nerd could've expired during the Easy-Bake Oven opener with no loss felt. Yet even Russell's damaged bookworm is more empathetic in theory than practice, and the overall lack of connection to Escape Room's humans gives this visually arresting film a distractingly airless quality; I found myself mostly engaged on a scene-by-scene basis and was still relieved when it ended. (If, indeed, that was an ending, and not merely a pause before a planned Escape Room 2.) Tired of the constant bickering between warring parties while he's trying to enjoy himself, Dodani's Danny at one point says, “It feels like I'm playing the world's funnest game with the world's meanest people.” Change “meanest” to “dullest” and the guy has a point. 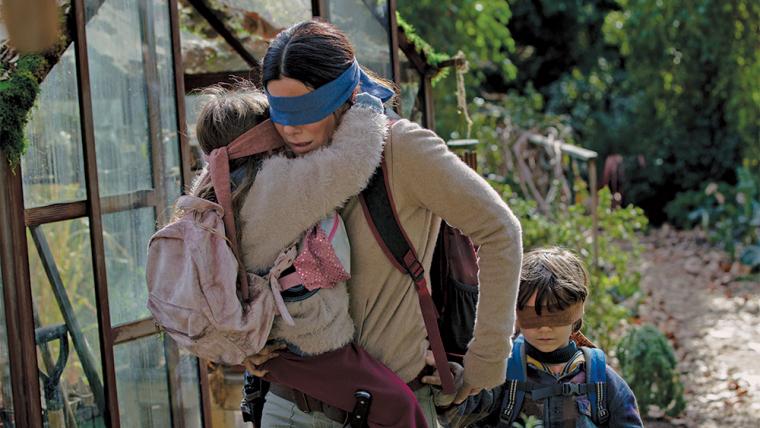 It's been available for a while now, and the streaming service has certainly been pushing it hard. (Memes! Challenges! Record-setting numbers!). So there's probably little point in mentioning how much I couldn't stand Netflix's Bird Box, a laughably dumb end-of-days thriller that's like A Quiet Place meets The Happening meets The River Wild meets a wisely discarded first draft of Stephen King's The Mist. To be fair, director Susanne Bier does stage an effective mass freak-out early on. It's easily forgotten, however, amidst the embarrassingly on-the-nose dialogue and undeveloped plotting (by Arrival screenwriter Eric Heisserer), the cheap and nonsensical scare tactics, and the truly unwise flashback structure that signals, in the first minutes, that none of the entertaining performers Sandra Bullock interacts with – among them Trevante Rhodes, John Malkovich, Sarah Paulson, Jacki Weaver, BD Wong, and Lil Rey Howery – will survive to the end credits. But just in case you haven't yet been seduced by Netflix's shamelessly aggressive advertising for this noxious horror trifle, let me just say that the Coen brothers' The Ballad of Buster Scruggs is also currently streaming. As is Alfonso Cuarón's Roma. As is the miraculous Springsteen on Broadway. As is that addictive, interactive Black Mirror episode. As are lots and lots and lots of other things. You have better ways to spend your time than with Netflix's latest year-ending debut of a high-concept, low-impact dud with a superstar from the '90s. In 2017, it was Bright. Now it's Bird Box. It may only be early January, but I'm already kind of dreading late December.