Smells Like Teens Dispirited: "The New Mutants" and "The Personal History of David Copperfield" 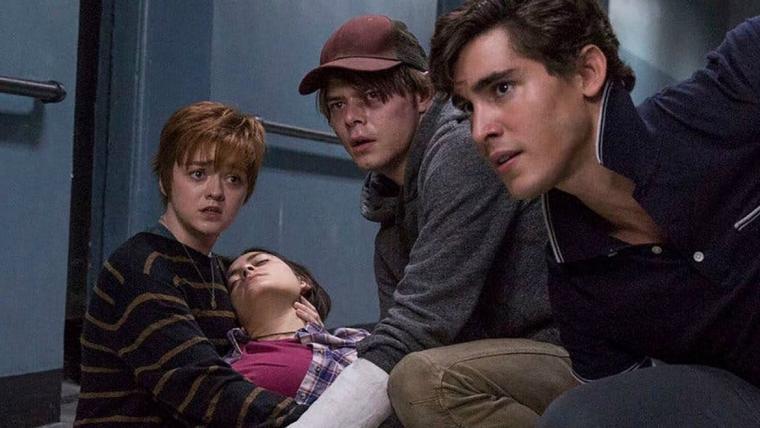 Writer/director Josh Boone's fledgling-superhero saga The New Mutants is ironically titled considering there's nothing remotely new about it. Not the story, not the storytelling, not the overall crumminess of its execution, and certainly not the film itself, which was originally planned for release in the spring of 2018, and then was delayed and re-scheduled and delayed and re-scheduled until it was finally unleashed, like a sacrificial lamb, on August 28. One of the few personal perks to the cineplexes being closed until very recently was that I didn't have to write disheartening pans on awful movies over the past five months. But some things, alas, are evidently getting back to normal.

I suppose if you've always wanted to see a version of The Breakfast Club with more CG mayhem, less personality, and almost nothing in the way of a joke, you could do worse than this '90s-era X-Men offshoot, though its hard to imagine how. After her Native American community is wiped out by a purported twister that looks and sounds an awful lot like the work of some monstrous, unseen beast, the tragedy's sole survivor – teenager Danielle Moonstar (Blu Hunt) – is whisked off to a secret facility for convalescence and analysis. Not psychoanalysis, mind you, despite the inconsequential scenes of group therapy. Rather, Danielle is being analyzed by the joint's only apparent employee (Alice Braga's Dr. Reyes) because the girl's survival indicates that she's an X-Men-type mutant, albeit one with initially undiagnosed abilities. She's not alone with the “good” doctor, however, as four other youths are trapped with her: Rahne (Maisie Williams), who can transform into a wolf; Sam (Charlie Heaton), who can fly really fast; Illyana (Anya Taylor-Joy), whose heavily accented Russian is clearly bi-mutant and can therefore teleport and grow a sword out of her right arm; and Roberto (Henry Zaga), who can turn into a human torch. (Though not, for obvious copyright reasons, the Human Torch.) 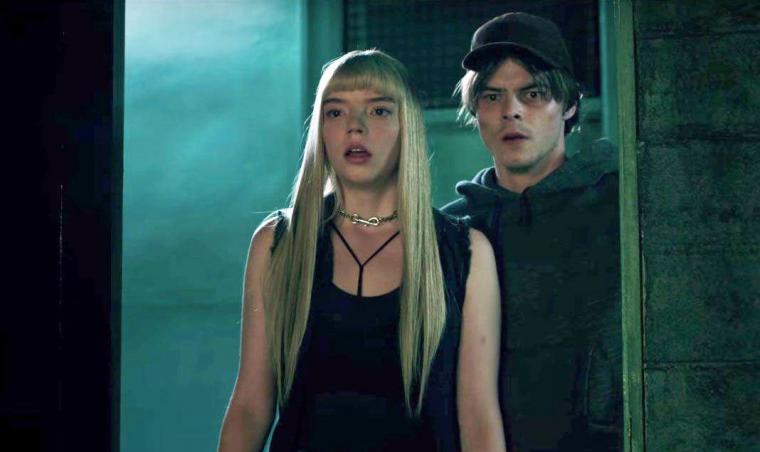 Boone's origin-tale narrative, which he concocted with co-screenwriter Knate Lee, invites us to wonder why this quintet is being quarantined in a spacious boarding-school-slash-laboratory that they're unable to leave, as an invisible force field prevents escape. It also invites us to wonder what, or who, is the cause of the real-seeming nightmares that are causing actual physical pain for the kids and the destruction of their surroundings. All I really wondered, though, was this: Have we OD'd on comic-book-movie culture so much that there are truly no good super-powers left? Flying? Bursting into flames? Turning into a freaking wolf?! These “gifts” are as bargain-basement as miraculous abilities get, so I guess it kind of makes sense that The New Mutants feels not just generic, but sub-generic – the sort of thing you'd find buried in the $1.99 DVD barrel at your local mega-mart. But that actually has less to do with the mutants' underwhelming powers than with the largely dismal writing, direction, and photography, the latter of which is so routinely, unnecessarily dark it's as though cinematographer Peter Deming shot the film with his camera submerged in a full cup of weak coffee.

The performances, sadly, aren't much better. Williams has a few moments of poignancy and is at least as solid as she was in Arya Stark's least interesting seasons on Game of Thrones, and Braga is almost let off on a pass given her startling resemblance to Lena Olin, even if her presence suggests that Braga was threatened with forfeiture of her pay if she ever deigned to smile. Beyond Taylor-Joy, though, who is spectacularly irritating for hopefully the last time in this talented performer's career, everyone else is an earnest blank – and the same could be said for the remedial plotting, the comic-book-balloon dialogue, and even the monsters, with even the skinny, fanged creatures who assault Illyana looking like paler renditions of Tom Hardy's Venom, only without the eye slits. From beginning to end, The New Mutants is instantly disposable garbage, and even insidious garbage, considering that its badness just might convince large numbers of otherwise-excited movie-goers that ma-a-aybe re-entering the cineplex right now isn't the best of ideas. 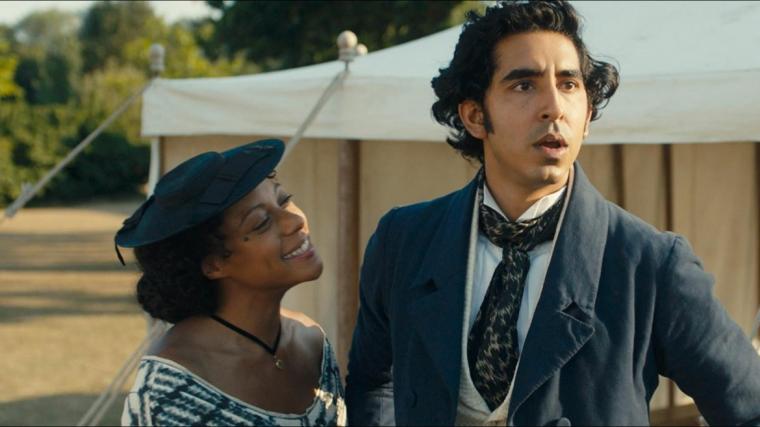 THE PERSONAL HISTORY OF DAVID COPPERFIELD

If anyone tries telling you that giggling into your face mask for two consecutive hours is potentially dangerous, I'm here to tell you that I giggled into mine for nearly the entire length of writer/director Armando Ianucci's The Personal History of David Copperfield, and I felt great. Two days later, I still feel great. Not only that: This busy, imaginative, deeply funny adaptation of Charles Dickens' 1850 classic feels almost restorative. For reasons that are both specific and hopefully obvious, I literally can't remember the last time I had so much fun at the cineplex.

Dickens' riches-to-rags-to-riches-to-rags-to-riches yarn is one that, to the likely shame of my many English teachers over the years, I never experienced in print. On-screen, I gotta say, it's utterly magical, telling of young master Copperfield as the British lad endures familial and professional hardships on his way to becoming a proper, and very rich, English gentleman. (Naturalistic heartbreaker Jairaj Vincent plays young Davy, and you'd regret his eventual absence more if successor Dev Patel wasn't in utterly endearing, career-best form.) Yet while the first-rate, mid-19th-century design is familiar in that cozy, Masterpiece Theatre way, this telling of Dickens' story is period porn with a pulse.

Without demolishing, and only rarely subverting, the Dickensian charm, Ianucci and co-screenwriter Simon Blackwell provide the movie with a savvy, distinctly modern aura that extends even beyond the color-blind casting of Patel and numerous other sensational performers (among them Rosalind Eleazar as devoted friend Agnes and the great Benedict Wong as her enjoyably drunken dad). Ianucci's David Copperfield looks like Howards End yet plays like a more emotional, multi-cultural Grand Budapest Hotel. And its pleasures beyond the delightfully reality-breaking detours are copious, from Hugh Laurie's divine dottiness as the kite-flying Mr. Dick to the unrepentant ickiness of Uriah Heep (Ben Whishaw in a brave Moe Howard haircut) to the incandescent sourness of Tilda Swinton as Betsey Trotwood. That's right, folks: We get to enjoy Tilda Swinton on the big screen again! That was never “normal” even pre-pandemic, but man is it good to see her up there.