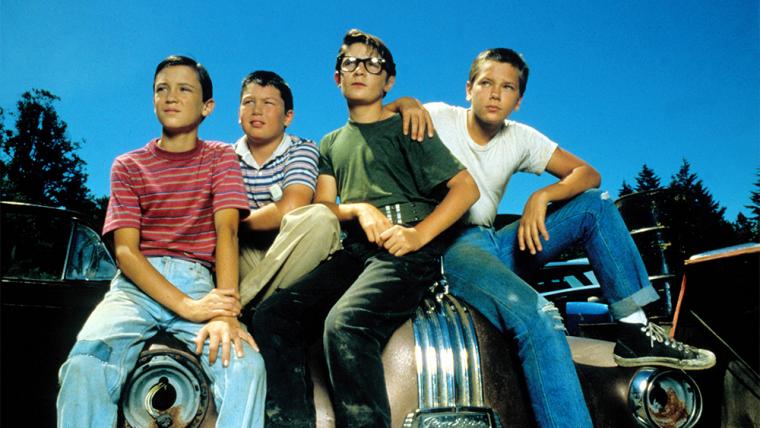 On May 23 and 26, the joys of youth, friendship, and cherry-favored Pez will be revived on the big screen when Fathom Events and Rave Cinemas Davenport 53rd + IMAX present 35th-anniversary screenings of Stand by Me, director Rob Reiner's Oscar-nominated Stephen King adaptation that Rolling Stone called “timeless” and “a staple of youthful nostalgia for its deft straddling of the line between childhood and adulthood.”

Filled with humor and suspense, Stand by Me is the tale of four boys on a two-day journey, and in a treehouse at the edge of the woodsy town on Castle Rock, a 12-year-old and burgeoning writer named Gordie LaChance (Wil Wheaton) is about to begin an extraordinary trek into the heart of the northwestern forest – an experience that will alter the course of his life forever. As Reiner's film begins, Gordie's friend Vern (Jerry O'Connell) has overheard his older brother talking about their discovery of a dead body in the woods. Hoping they can get credit for finding the body, Gordie sets off with insecure, frightened Vern, tough guy Chris (River Phoenix), and damaged daredevil Teddy (Corey Feldman) on an adventure that becomes an odyssey of self-discovery. Their trek begins innocently with a dream of becoming town heroes, but before it's over, and with a sociopathic teen named Ace (Kiefer Sutherland) hot on their trails, Gordie, Chris, Teddy, and Vern will be tested in ways they had never imagined.

Based on Stephen King's novella The Body, Stand by Me was released on August 8, 1986, and went on to earn $52.3 million on a budget of less than $8 million. With the Los Angeles Times calling the movie “absolutely not to be missed” and King himself deeming it the best film ever adapted from his material, Reiner's movie currently holds a Rotten Tomatoes approval rating of 91 percent, the Web site's critical consensus reading: “Stand By Me is a wise, nostalgic movie with a weird streak that captures both Stephen King's voice and the trials of growing up.” Reiner received a Directors Guild of America nomination for his work, while the film itself received Best Picture and Director nominations from the Golden Globes and a Best Adapted Screenplay nomination at the 1987 Academy Awards. Following the success of his achievement, Reiner co-founded a film and television production company and named it Castle Rock Entertainment after the fictional town in which Stand by Me is set.

In addition to the feature film, local audiences will be treated to the featurette Walking the Tracks: The Summer of Stand by Me, in which Stephen King recalls what led him to write the stories of his childhood and how they impacted the development of the movie, and Rob Reiner reminisces about the casting of the four leads. The 35th-anniversary screenings of Stand by Me will take place at 3 and 7 p.m. on May 23 and 7 p.m. on May 26, and more information on the presentations is available by visiting Cinemark.com and FathomEvents.com.