Strange Interludes: “Doctor Strange in the Multiverse of Madness”

Rachel McAdams, Benedict Cumberbatch, and Xochitl Gomez in Doctor Strange in the Multiverse of Madness

DOCTOR STRANGE IN THE MULTIVERSE OF MADNESS

Arriving in the midst of a franchise extender almost shockingly bereft of weirdness, one scene in Doctor Strange in the Multiverse of Madness did manage to completely surprise and tickle me.

In it, Benedict Cumberbatch's cloaked superhero is battling an evil Stephen Strange (also Cumberbatch) from another dimension. But as opposed to conjuring energy beams or time/space portals or whatnot, the guys get creative, and instead start attacking each other with onslaught of ambulatory musical symbols: notes, clefs, key signatures, and other notations that soar through the air before reaching their points of contact. Making this nutty sequence all the more delightful is that, as they hit their targets, these sheet-music marks make actual music. Doctor Strange and Alternate Strange get smacked around with Cs and A-flats and F-sharps, and before they know it, they've practically got a Grammy-eligible tune on their hands. While I can think of more serene exits, being pummeled to death by a Danny Elfman score wouldn't be the worst way to go.

This throwaway melee lasts roughly 30 seconds yet is, hands down, the movie's most enjoyable bit. Where was this sort of lunatic invention during the other 7,590 seconds of director Sam Raimi's Marvel sequel? It's not that the film is necessarily bad; Elizabeth Olsen and Rachel McAdams deliver solid performances and the (I'm hoping) deliberately tacky effects bring to mind Raimi's early splatter-flick masterworks, and there were just enough nods to the Evil Dead series to keep this super-fan amused. (Unlike in Evil Dead 2, however, the popped eyeball here is far too big to land in someone's mouth.) But if you're viewing an entertainment with “Madness” in the title, I don't think it's out of line to expect some legitimate madness, and the alternately noisy and static shenanigans in this first full-length followup to 2016's Doctor Strange barely rise to the level of “quirky.” While those who insist that Multiverse of Madness is the closest we've yet come to a Marvel horror flick aren't exactly wrong, it's probably only a horror flick for someone who's never before seen one.

In the interest of avoiding spoilers – and for devoted admirers of these things, what isn't a spoiler nowadays? – all I'll say about the plot is that it sends Strange through a number of alternate universes in an attempt to protect the young, untrained superhero-in-the-making America Chavez from the clutches of … . Damn it. I suppose that's a spoiler, too. I truly can't tell if Marvel's insistence on keeping narratives a secret is making my job as a reviewer easier or harder. Suffice it to say that the storyline winds up involving McAdams, reprising her Marvel role as Strange's love interest Christine Palmer; Olsen, reprising her role as Avenger Wanda Maximoff; Benedict Wong, reprising his sidekick role as Sorcerer Supreme Wong; and a host of others whose presences are all but guaranteed to make the faithful wet themselves, among them (redacted), (redacted), and (redacted) as, respectively, (redacted), (redacted), and (redacted). And, oh, did my crowd go nuts at the appearance of (redacted) as (redacted)! You shoulda been there! 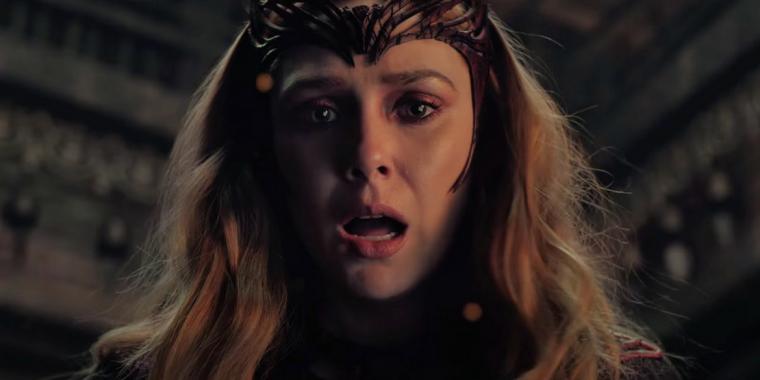 All kidding aside, I'm fine with not ruining either the tale's specifics or its bevy of character reveals, and as someone who still places the original Doctor Strange among his three favorite Marvels to date, I didn't need details to be jazzed about the prospect of Multiverse of Madness. But I now find myself in an awkward yet not unfamiliar position, because it's the same position I was in whenever I didn't care for a Harry Potter film back in the day (and I didn't care for, like, three-fourths of them). Here's how it would go: I'd tell a friend that I didn't much like Harry Potter & the Blah Blah Blah. That friend would ask if I'd read the books. I'd say no. My friend would reply, “Well, of course you didn't like it, then!” And I would reply, “But it's not a good movie!” And my friend would reply, “You'd think it was a good movie if you read the books!” And really – how do you reply to that?

I didn't like Multiverse of Madness. Yet in conjunction with that opinion, I suppose it's necessary to admit a few things: I've only seen one early episode of Disney+'s WandaVision; I've seen zero episodes of Disney+'s What If...? and ABC's Inhumans; with the exception of Watchmen, I haven't read a superhero-themed comic book or graphic novel in close to 40 years; and regarding whatever may have happened, or whichever characters may have shown up, in a previous Marvel adventure, my memories of that outing generally start vanishing five minutes after publishing my review. At this stage of my life, I'm obviously just not built for long-term fascination with the MCU. And what's becoming intensely frustrating is that the longer it goes on, just like with the Harry Potters, the more this series is becoming dependent on that sort of fascination.

Take, for example, Multiverse of Madness' mid-film sequence that featured the Illuminati. This is apparently “an organization established by an alternate Stephen Strange on 'Earth-838' intended to monitor and apprehend potential threats to the wider multiverse.” (That's not my phrasing. That's a direct quote from Wikipedia, because for the life of me, I couldn't have provided that information without assistance.) One by one, members of the Illuminati were introduced, with each new appearance greeted by happy squeals – and, in one instance, applause – from fellow patrons. I personally recognized a couple of the council figures, and certainly recognized the actors playing them. But while people around me were clearly giddy with anticipation and joy, all I took away from the Illuminati's arrival was Strange's oddly verbalized confusion: “The Illumi-what-i?!” Because really: What kind of question was that? Even on “real” Earth, it's not like “Illuminati” is some kind of never-before-heard term – conspiracy theorists reference it all the time! My crowd laughed at Strange's obtuseness, but the line just struck me as lousy screenwriting, and sullied even the film's rare opportunity to employ its director's gifts for grossness. 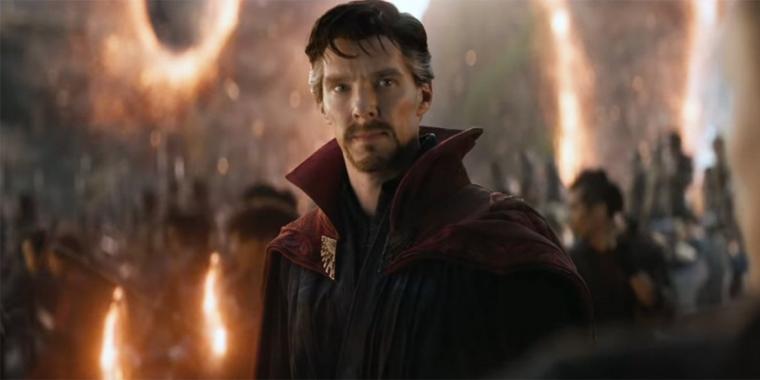 Raimi's whole movie left me similarly stymied. Fans may have thrilled to the sight of Strange and America traveling through a parade of multiverses, including worlds that turned them into cartoons and liquids. But why were the multiverses that we actually spent significant time in so comparatively dull, and so fundamentally indistinguishable from one another? (Green may mean stop and red may mean go in one iteration, but why is every Strange we meet played by Cumberbatch? Spider-Man: No Way Home at least gave us a Garfield and a Maguire for Holland to chat with.) Comic-book lovers may be jazzed that America Chavez is now an official part of the MCU. But what's the point when she's so one-dimensionally conceived, and her portrayer Xochitl Gomez isn't allowed any personality traits aside from a constant craving for free food? Olsen finally has more to play in this franchise than she previously had on-screen, for which WandaVision-aries must be grateful. Yet why is screenwriter Michael Waldron's conception of the character so limiting (and kind of sexist), with Wanda's arc basically beginning and ending with a serious case of mommy issues? (That Olsen still comes nearest to stealing the film is testament to her talent – though, at times, she looked and sounded so much like a pop-eyed Kristen Wiig in an SNL sketch that I found myself barely suppressing giggles.)

The considerable Marvel brigade is being catered to so relentlessly in Doctor Strange in the Multiverse of Madness that a great number of them might not realize, or care, how underwhelming it all is: the umpteenth chronicle of a youth learning to trust their instincts and safely wield their power; the scenes of urban combat in which our heroes are seemingly unaware of the destruction they leave in their wake; the lead who has clearly performed his role too many times and now appears bored beyond belief. (Even in his alternate-Strange roles here, Cumberbatch wanders through like a guy who just dug his teeth into The Power of the Dog and has realized there are greener acting pastures out there.) Even the requisite mid- and post-credits sequences, which I now feel professionally obligated to suffer through, are weaker than most. Maybe in another multiverse, this Multiverse is the crackling good time that its promise of a zombified Stephen Strange hinted at. Sadly, though, the Marvel release we've been given is just a zombie – not entirely dead, but not even close to genuinely alive.