Switched Blades: “Freaky” and “A Rainy Day in New York” 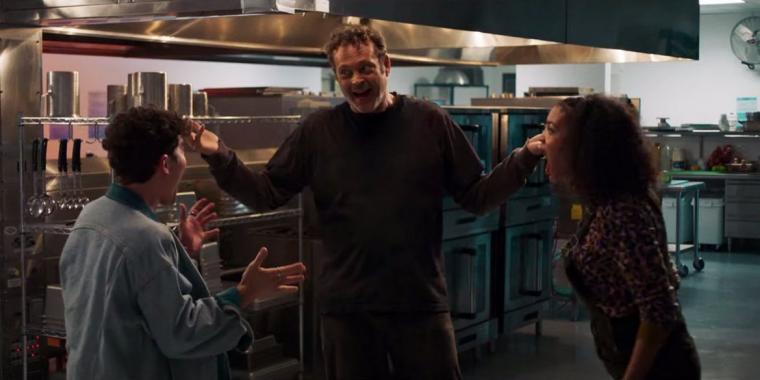 Even in its one-joke way, the premise sounded promising: a high-school slasher flick in the guise of a body-switching comedy. (Or perhaps it's the other way around.) Unfortunately, though, the mild fun of writer/director Christopher Landon's Freaky pretty much ends with its set-up, and once that central conceit is established, what transpires is so oddly dull that it's like being disappointed by the same movie twice. I was hoping for Halloween meets Freaky Friday. What we get is closer to Prom Night meets Vice Versa.

That's a shame, because the body-switchers in question, at first glance, would seem to be an inspired pair. The petite Kathryn Newton plays Millie Kessler, a frequently bullied 16-year-old dealing with abusive peers, a deceased dad, an alcoholic mom, and an emotionally unavailable older sister. The hulking Vince Vaughn plays the Blissfield Butcher, a masked, nonverbal serial killer who massacres small-town teenagers over homecoming weekend. For the sake of our collective sanity, I won't get into the means by which the Butcher gets his basketball-sized mitts on an ancient Aztec knife and, after attacking Millie on a football field, winds up swapping souls with the traumatized young woman. Besides, it really doesn't matter. At the stroke of midnight, Millie becomes a murderous psychopath with fresh access to high-school casualties. The Butcher becomes a panicked teen girl whose new face is on every “Wanted” poster in town. Let the horror-comedy entertainment of Freaky commence!

At first, and for a little while, it kind of does. While there isn't much that's novel or unexpected about their performances, it's at least initially amusing to see Newton imitate a glowering maniac and watch Vaughn flutter his hands and emit high-pitched shrieks; the portrayals may be expected ones, but they're solid enough to make you look forward to the film's inevitable splatter-ific routines. The more time you spend with these two, however, the more boring they get, principally because Landon and co-screenwriter Michael Kennedy haven't designed Millie and the Butcher as interesting characters from the start. 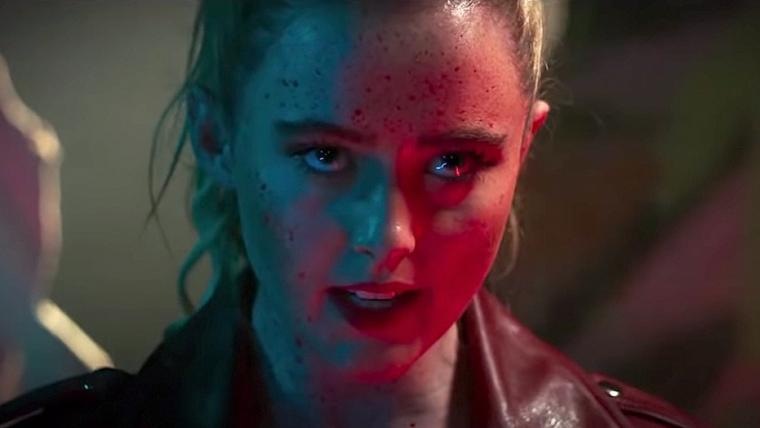 Millie may be saddled with a load of backstory – plus a pair of fellow-outcast besties winningly played by Celeste O'Connor and Misha Osherovich – but she still isn't specific, so there's nothing for Vaughn to do with the role but act as a “typical” suburban teenager with a sardonic streak and angst issues. It becomes surprisingly easy to forget he's even around. As for Newton, she's obviously having a fine time embracing her nasty side, and looks terrific in her Rebel without a Cause jacket, in slow motion, parading down hallways and seeking out victims. (This particular high school gives her a bevy of deserving options, none more odious than Alan Ruck's shop teacher whose table-saw demise couldn't have happened to a more hateful guy.) Yet the Butcher, prior to the body swap, has no identifiable characteristics or habits aside from vacantly lumbering from one screaming teen to the text, and so Newton, like Vaughn, quickly runs out of tricks. For a while, I wondered if casting a more natural comedian in Newton's role would've helped – Beanie Feldstein, say, or Jessica Rothe from Landon's Happy Death Day movies. (That would almost certainly have given Vaughn more to work with.) It's just as likely, though, that this only would've helped a bit, because as designed, both Millie and the Butcher are too bland to be memorable regardless of who portrayed them.

And sadly, blandness almost seems to be Freaky's default setting. The executions may be grisly, but except for the killing of Ruck, they aren't terribly inventive – lots of random throat-slittings augmented by the occasional deep-freeze. The fuzzy sentiment, a staple of all body-switching comedies, is delivered mostly halfheartedly, and on one occasion, rather bewilderingly, with Millie's mom (Katie Finneran) engaging Millie-as-Butcher in a conversation so achingly long it felt as though the director drove home after that day's filming without remembering to yell “Cut!” Even the requisite scare-flick goose after the “official” ending carries no weight, because by then, the film has adhered to formula – to all of its formulas – so determinedly that not having the kicker would have been just as much of a letdown as the kicker itself. There's no missing the reference behind the movie's title, but freaky, in the end, is exactly what Freaky isn't. 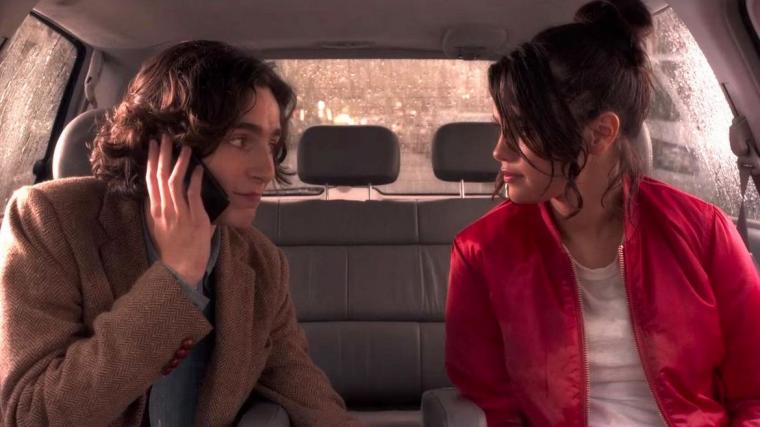 A RAINY DAY IN NEW YORK

A Rainy Day in New York, which had a limited U.S. release in October and is now available for home viewing, was written and directed by Woody Allen. That information alone will probably ensure that 80 percent of you would never dream of watching it. Of the 20 percent left, I'm guessing that more than half won't watch it anyway for reasons that may or may not have anything to do with it being Allen's umpteenth romantic comedy in which verbose, well-to-do Manhattanites wander chic locales, name-drop famous figures who haven't been name-dropped in decades, and trade cynically witty banter on the way to discovering that love might be the only thing making the misery of life worthwhile. Trust me: I understand everyone's reasons for being leery, whatever they may be. But as a lifelong admirer of Allen's work, even if he hasn't done anything truly great since 2013's Blue Jasmine, I'm not going to pretend that finally seeing his latest after its widely reported shelving by Amazon wasn't a joy, despite the movie being familiar as hell and only modestly good, to boot. The last new Allen release I saw prior to this was 2017's Wonder Wheel, and just having that upsettingly awful film momentarily erased from memory was enough to make me smile.

In truth, on a few occasions, I may also have actively frowned. A Rainy Day casts Timothée Chalamet as a lackadaisical college student and successful amateur gambler who would come off as über-pretentious even if his name wasn't Gatsby Welles, and largely irritating even if the actor wasn't doing a feature-length impersonation of Woody Allen in his early 20s. And as Gatsby natters on and on about the disappointments of his insanely privileged life, you might have to resist the urge to reach through the screen and smack the life out of him not merely because of floppy-haired Chalamet's aggressive sense of entitlement (a fitting, if annoying, character trait), but because Allen hasn't written anything approaching naturalistic – or even borderline-human – dialogue in at least half a decade.

That being said, with the great Vittorio Storaro serving as cinematographer, the movie looks like a zillion bucks in its moody outdoor grays and rich, golden interiors. Allen's signature score of American-songbook piano favorites hits all the right nostalgic notes. The narrative boasts just enough twists to keep matters engaging even when you don't believe in the conversation. Chalamet's supporting cast is aces, with tasty bits delivered by Liev Schreiber, Jude Law, Diego Luna, Cherry Jones, Rebecca Hall, Annaleigh Ashford, Kelly Rohrbach, Ben Warheit, and a never-better Selena Gomez. And best of all, for the first time in ages, a Woody Allen release is oftentimes really funny, with Elle Fanning, as Gatsby's semi-intellectual/mostly dizzy girlfriend Ashleigh, more endearing and comically inventive than she's ever been before. (When Schreiber's veteran director asks the wannabe journalist Ashleigh if she'd like a scoop, Fanning takes a perfect ingenuous pause before asking, "Of what?") A Rainy Day in New York isn't Vintage Allen; we fans might have to accept that Vintage Allen is gone for good. But the movie is certainly More-Than-Acceptable Allen, and watching the film from the comfort of my couch this past weekend, it proved absolutely ideal for a rainy day in Rock Island.