A Sword-ed Affair: “The Great Wall,” “A Cure for Wellness,” and “Fist Fight” 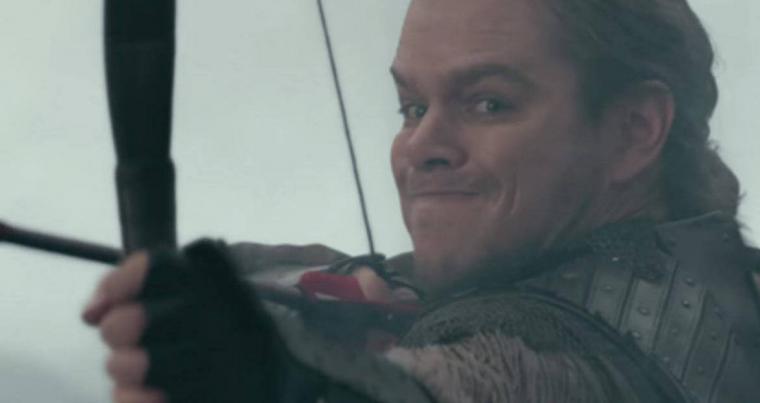 Matt Damon in The Great Wall

For a brief period during the mid-aughts, Chinese director Yimou Zhang was the first international helmer in decades to find his foreign-language titles – 2004’s Hero, 2005’s House of Flying Daggers, and 2006’s Curse of the Golden Flower – receiving wide U.S. distribution. Predictably, the novelty soon wore off for mass audiences, and Zhang’s subsequent films, when we got them at all, were confined solely to specialty houses. But China has recently become such a yu-u-uge bottom-line consideration that Zhang is apparently again in-vogue – especially with action adventure The Great Wall having already earned some $200 million abroad. Since money talks, it isn’t surprising that Hollywood has re-embraced Zhang. In return, it seems that Zhang, for better and for worse, has fully embraced Hollywood. How else to explain a movie in which thousands of fierce Chinese warriors would be annihilated if not for the ass-kicking abilities of Matt Damon?

As this beasts-and-battles fantasy was co-financed by Chinese and American interests, it’s easy to see the star’s participation as both insurance policy and compromise – “Give us Damon, and you can keep your artsy flourishes and hints of Communism.” It’s still kind of unfortunate. Set roughly 1,000 years ago, the plot finds Damon’s and Pedro Pascal’s European mercenaries William and Tovar thwarted in their quest for gunpowder by the arrival of snarling, flesh-devouring monsters who, every 60 years, wage a vicious siege on those defending the Great Wall. Considering the Chinese forces – led by a military commander (Jing Tian) with a remarkable ear for English – operate as a stunningly well-oiled machine and have been successfully warding off these four-legged meanies for centuries, you’d think they’d do just fine this time around, too. But no: It’s up to William, his superhuman archery skills, and, I guess, Damon’s Jason Bourne cred to ultimately save the day, which might’ve been more entertaining to watch if the guy looked like he was having anything close to a good time.

Some actors thrive in largely green-screen and CGI universes. Great actors, however, are rarely among them, and it’s almost a testament to Damon’s general excellence as a performer that he looks so frequently lost and dissatisfied here. Part of the problem is his accent, which is pitched somewhere between Irish and Scottish, and comes out sounding as though Damon’s every syllable weighed 50 pounds. (Maybe his unruly wig and unkempt beard in The Great Wall’s opening scenes added to the heaviness; after William shaves, he seems miraculously able to speak quicker.) But with the pixelated images routinely giving him little to focus on, and most of his co-stars, when not speaking Chinese, not entirely comfortable with English, Damon appears uncharacteristically at-sea, and doesn’t even have the benefit – unlike in The Martian – of amusing himself as a one-man show. 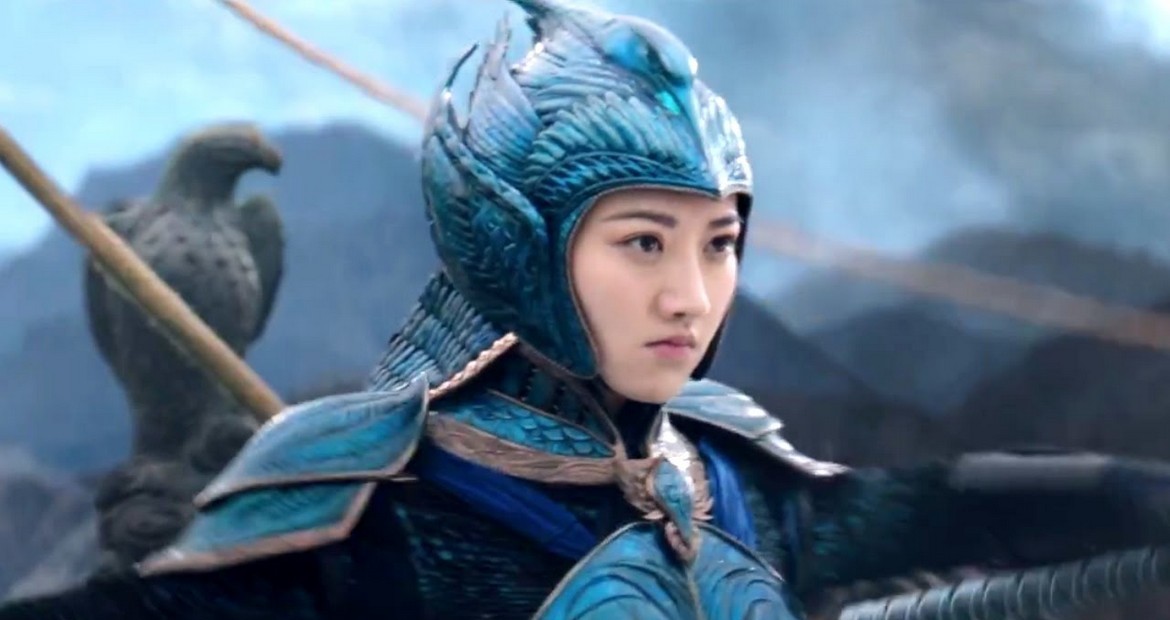 Yet the somewhat dispiriting Hollywood-ization of Zhang’s new release also manifests itself in other ways. The near-romance between William and Tian’s commander feels as tacked-on as such genre relationships usually do, and while Pascal becomes more enjoyable as the movie progresses, I still rolled my eyes at much of Tovar’s and William’s bromantic bonding, which felt more like a scripted conceit than an organic result of the actors’ byplay. And although anachronistic dialogue pretty much comes with the 11th Century Blockbuster territory, I still blanched every time screenwriters Carlo Bernard, Tony Gilroy, and Doug Miro tossed in an out-of-period wisecrack, with Pascal offering a sardonic “Good luck with that” and Willem Dafoe’s eccentric prisoner telling a pained Tovar to “shake it off.” (Unless I’m mistaken, I also heard Tovar arouse a monster’s attention with a shouted “Hey, bitch!”, which I can’t imagine being a popular exclamation in the Song-dynasty era.) Still, if The Great Wall usurps many traditional Hollywood-hit attributes, there’s no denying Zhang’s skill at making them work, for the most part, amidst a cinematic landscape that feels uniquely his.

By the time of Curse of the Golden Flower, it became all too easy to take the director’s masterful eye for granted: the arresting bursts of primary and secondary hues; the stylized yet smooth elegance of the compositions; the casual virtuosity of the camera’s tilts and pans. But with more than 10 years having passed, it took fewer than 15 minutes of Zhang’s latest for me to be wowed anew, and The Great Wall is nothing of not a visual wow – a work so opulently designed and imaginative that numerous moments made me giggle out of sheer delight. (To be sure, I laughed when a slat in the Great Wall opened to reveal a series of oversize rotating blades that mercilessly halved the encroaching monsters. That’ll show ’em!) The CGI may not be entirely convincing, but the film’s dinosaur-like hordes – led by a hissing, vibrating queen to give Sigourney Weaver the shakes – are giddy and gruesome in equal measure, their assaults like Ray Harryhausen melees with more gooey viscera. While I didn’t see the movie in its 3D presentation, I left feeling as though I had, its whizzing arrows and flaming cannonballs and bungee-jumping spear-holders seeming to pop directly off the screen and into our laps.

And, my God, the colors in this thing! One funeral sequence involving booming timpani and lighted paper lanterns floating into the night sky was so resplendent that it practically looked animated, and not just because it brought to mind a similar scene from Tangled. But Zhang also gives us yowling creatures oozing blood of Kelly green, and a painter’s wheel of glorious imagery in the capital city of Bianliang, and a climactic race through a tower whose sunlit stained-glass windows turn the interior into a six-story kaleidoscope ... . Despite its considerable flaws, The Great Wall gives us more than our money’s worth in visual rapture, and that’s not even counting the battalions of strikingly outfitted Chinese warriors – archers, swordsmen, and the like – who attack their enemies in dazzling blasts of red, yellow, and blue. Enjoy the effect now, just in case the forthcoming Power Rangers movie sucks the fun out of it. 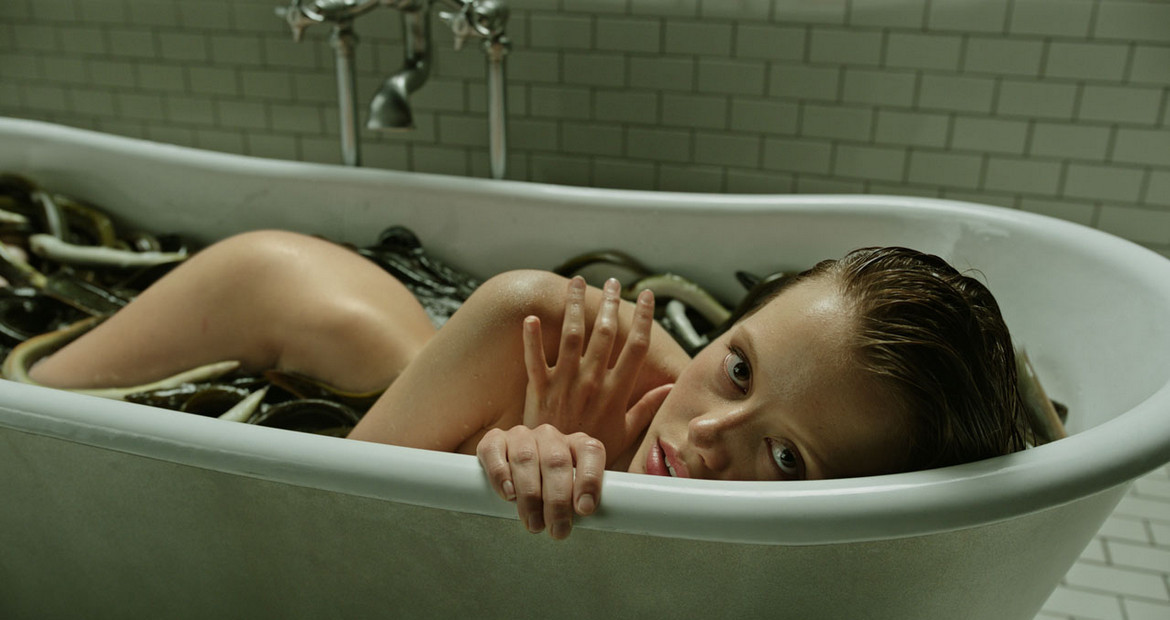 A CURE FOR WELLNESS

In A Cure for Wellness, the key role of a perpetually dazed waif who wanders the grounds of an upscale Swiss “spa” is enacted by a young Brit named Mia Goth, and I’m not sure that any film actress has ever been more appropriately named. She has the faraway look and unsettling fragility of Rosemary’s Baby-era Mia Farrow yet continually exudes hints of Gothic devilishness, and proves perfectly fitting for director Gore Verbinski’s psychological freak-out – a work deeply indebted to other works that’s still a good deal of queasy fun.

Most of the film is reminiscent of Shutter Island, with Dane DeHaan’s Wall Street tyro Lockhart recruited – or rather, blackmailed – to return a CEO from his extended European getaway at a health facility that more accurately resembles a mountaintop asylum. After a car accident leaves him with his leg in a cast, Lockhart himself becomes a guest/patient, and the locale’s initial creepiness turns into outright nightmarishness, complete with vacuously grinning staffers, mysterious passageways, steam-bath hallucinations, and lots and lots of eels. Potent though it frequently is, the imagery feels largely borrowed not only from Scorsese, but also Kubrick, Lynch, Ken Russell, Guillermo del Toro, and 1970s Hammer horror films, and the homages aren’t quite enough to sustain Verbinski’s and Justin Haythe’s script through more than 140 minutes and an unsatisfying Happy Ending resolution that screams of studio interference. Yet Verbinski is clearly having a ball with his ghoulish detours and our desire to see DeHaan’s testy, privileged jerk get the comeuppance he so richly deserves, and even when events veer toward the dull, first-rate actors such as Jason Isaacs, Celia Imrie, Harry Groener, Ivo Nandi, and the hypnotically unnerving Goth keep refocusing our interest. Phobics be warned, however. Not only does A Cure for Wellness boast what is perhaps the most excruciating scene of unwarranted dentistry since Marathon Man, but should also handily put off anyone with a debilitating fear of water, fire, medicine, foreigners, tight spaces, ballroom dancing, and/or slithery creatures swimming around in your toilet. No wonder it tanked at the box office. 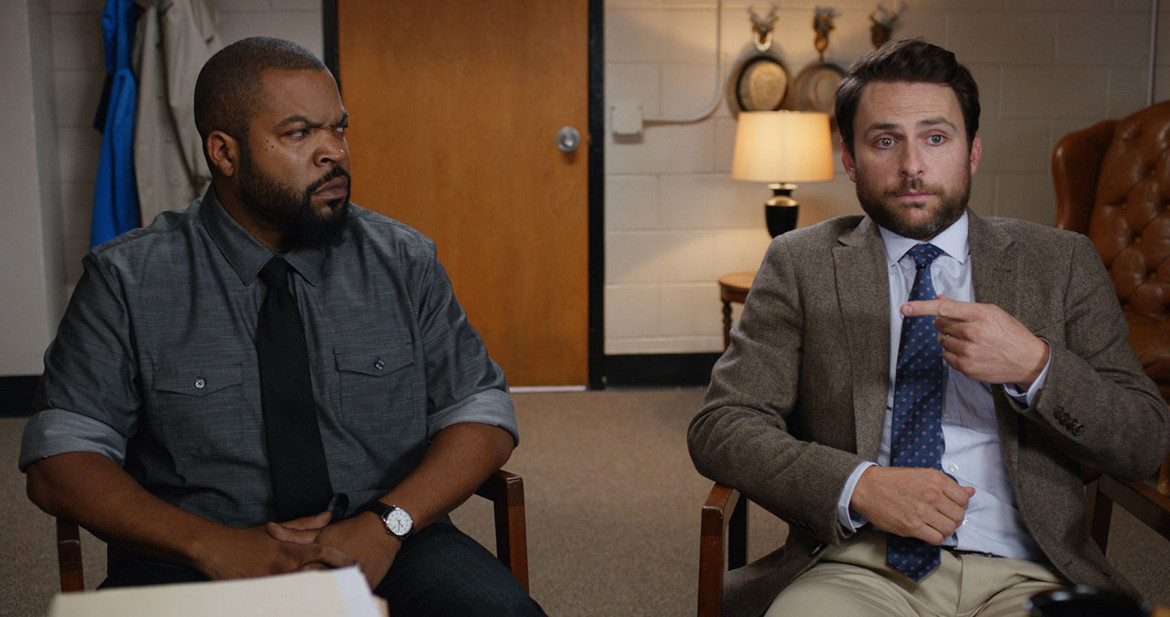 With some movies, inspiration seems to begin and end with the setup. Fist Fight’s inspiration, I’m sorry to say, seems to begin and end with its casting. A sort of Three O’Clock High in which the combative high-school students are actually high-school teachers, director Richie Keen’s slapstick casts Charlie Day and Ice Cube as temperamental opposites, but neither is asked to do anything that would oppose years of familiarity with the performers’ résumés: Day whines and shrieks, Cube glowers and bellows, and so it goes until the school bell finally rings and their slugfest can commence. But this one-joke comedy isn’t content merely to be a Charlie-and-Ice Greatest Hits package. We also get Tracy Morgan doing his oblivious-goofball thing, Jillian Bell doing her unclassifiable-nutjob thing, Christina Hendricks doing her breathy-sexpot thing, Kumail Nanjiani doing his officiously-put-upon thing ... . Even Dennis Haysbert shows up in a performance indistinguishable from his appearances in those 30-second Allstate commercials, and with screen time to match. Thankfully, even though they don’t begin to surprise us, these people and their talents are welcome enough that Fist Fight still scores a few chuckles, as well as a sizable and gratifying gasp when the reason for Cube’s hatred of Day is made abundantly clear (and absolutely understandable). But the results are still too formulaic and conventional by half. Did Day really have to have a nine-months-pregnant wife for an inevitable race-to-the-hospital scene? And an adorable grade-school daughter for him to routinely disappoint? And did Ice Cube’s biggest laugh really have to be a shout-out to his most famous lyric as a member of N.W.A.? Cube may be straight outta Compton, but his latest is just outta ideas.