The Thawed Couple: “The Mountain Between Us” and “Victoria & Abdul” 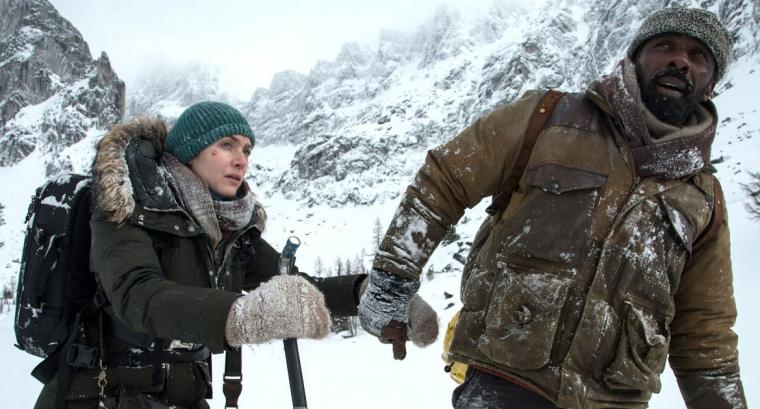 Kate Winslet and Idris Elba in The Mountain Between Us

THE MOUNTAIN BETWEEN US

In the survival adventure The Mountain Between Us, a charter plane crashes in the wintry expanse of Utah's High Uintas Wilderness, and the only survivors are a friendly Laborador and the flight's two human passengers: Idris Elba's Ben Bass, a brain surgeon on the way to a procedure, and Kate Winslet's Alex Martin, a photo-journalist on the way to her wedding. With radio communication impossible and cell-phone service nonexistent, it's up to the strangers to stay alive en route to civilization while enduring freezing temperatures, bodily injuries, challenges of the terrain, and, worst of all, their own mismatched personalities. Alex is reckless. Ben won't take risks. Alex is chatty. Ben is stoic. Alex wants Ben to look for the dog again. Ben doesn't want to look for the dog again. Can two accidental acquaintances share a mountaintop without driving each other crazy?!

If you're sensing a whiff of The Odd Couple in that description, wait'll you see the movie; this disaster-flick-in-miniature is like what you'd get if Felix Unger and Oscar Madison starred in Alive, except there's no cannibalism, and the leads eventually get it on. There's every indication that, had they wanted to, director Hany Abu-Assad and screenwriter J. Mills Goodloe (adapting Charles Martin's 2011 novel) actually could've made a taut, nerve-racking thriller from this material. The plane crash, cleverly edited to look like one seamless take, is reasonably scary – as is Beau Bridges' rendering of the pilot's fatal stroke – and there are effective jolts and edgy passages involving a hungry cougar, a precipitous tumble, and a totally unexpected bear trap. But from Elba's and Winslet's very first tête-à-têtes, with their forced banter as unconvincing as their blatantly foreshadowed romance, the stakes in The Mountain Between Us feel almost ridiculously low.

Given that the pair is wisecracking within minutes of their crash, and Abu-Assad is shamelessly anthropomorphizing the dog for cutesy reaction shots and Lassie-esque heroics, you know in your gut that nothing truly terrible will happen to either our human leads or their endearing pooch. You also know that Ben and Alex will inevitably fall in love, but in all honesty – and despite the stars' usually trustworthy talents – Winslet had more shared chemistry with that life-saving plank of wood in Titanic than she ever does with Elba. Considering the stunning vistas routinely give you loads to look at, the film is an easy-enough sit. Yet it remains an uneasy and deeply silly blend of perilous action and sitcom contrivance – a Mountain that, in terms of significance, is a lot closer to a molehill. 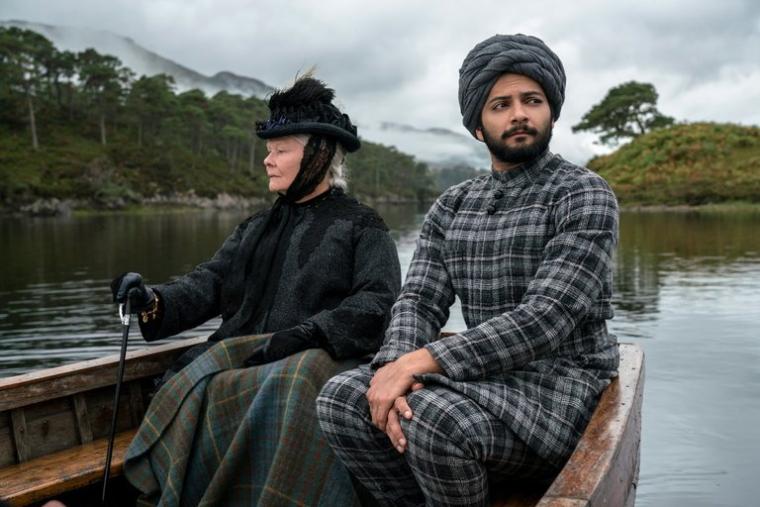 While we're on the subject of comedies masquerading as dramas, let me say that I much preferred Victoria & Abdul to The Mountain Between Us, because at least director Stephen Frears' historical diversion concerning Queen Victoria's deep friendship with her Muslim servant had the decency to open with a title card reading: “Based on real events … mostly.” The crowd at my screening laughed at that, as they were clearly meant to, and kept laughing almost through the end, when Victoria portrayer Judi Dench delivered her “I am anything but insane” monologue in a tight shot that lasted nearly two full minutes and knocked all the funny right out of the film. This, I hasten to add, is a compliment.

Despite the performers' charm and sharp timing, I was frankly bored by the très adorbs fish-out-of-water antics involving the queen's attendant Abdul (Ali Fazal) and his squat cohort Mohammed (Adeel Akhtar), whose scenes have been crafted by screenwriter Lee Hall for maximum yuks and minimal period fidelity. (“I'm getting sick of your negative attitude,” says Abdul to Mohammed. In 1887.) And I was routinely irritated by the insufferable Brit-twit acting of nearly everyone cast as aghast family members, politicians, and household staffers, whose reactions to Victoria's kinship with Abdul are primarily, tediously expressed through popping eyes and slack jaws. Among these badly treated thespians are such significant talents as Michael Gambon, Olivia Williams, and, in his final screen role, the great Tim Pigott-Smith, while poor Eddie Izzard tells you everything you need to know about his blustery Prince of Wales “Bertie” with his very first closeup. It's a closeup of his ass.

But damn is Judi Dench something. That's hardly a newsflash – the 83-year-old actress is frequently sensational on-screen, even in movies that are far lesser achievements that Victoria & Abdul. (For me, that list unfortunately includes several that have earned her Oscar nominations, including Iris, Notes on a Scandal, Mrs. Henderson Presents, and Philomena, the latter two also directed by Frears.) Yet offhand, I can't think of another performer in recent years who, over the course of one 110-minute film, so successfully and movingly completed an arc from goofy slapstick to aching tragedy.

In her first scene – or rather, the first scene that lets us see her face – Dench's Victoria is a barely ambulatory yet wildly entertaining comedienne, aggressively slurping her soup and tearing into dessert in between occasional cat naps accompanied by snores. In her final scene, she's bidding a heartfelt adieu to her unforeseen soulmate, reducing both Abdul and her audience to tears. And in between those narrative bookends, Dench brings worlds of life experience to this lonely monarch who, quite late in life, finds a new reason to live, and refuses to mask her tenacity, joviality, disappointment, terror, and steadfastness in favor of “proper” British etiquette. Frears' latest is only half-good. But Dench makes the movie unmissable, just as she did when she previously played Queen Victoria in 1997's Mrs. Brown. Two years ago, we got The Second Best Exotic Marigold Hotel. Now it's Victoria & Abdul. If anyone wants to recruit Dench for a Shakespeare in Love sequel, or wants to resurrect M for the next James Bond, you won't hear any complaints from me.