“The Story of Plastic,” October 17 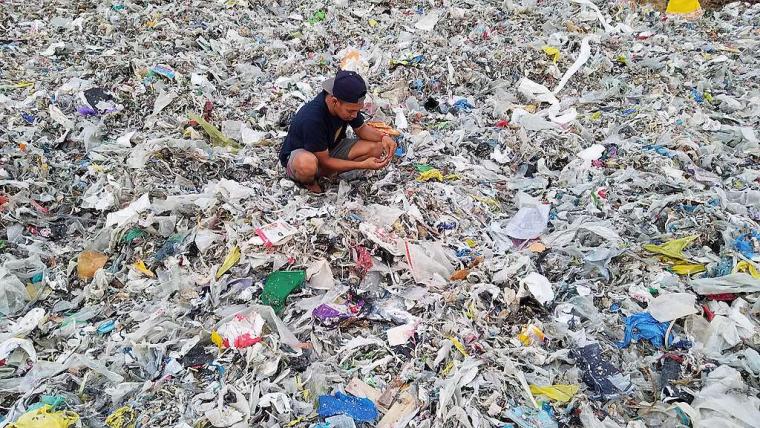 “The Story of Plastic" at the Figge Art Museum -- October 17.

On September 29, the lauded film received a News & Documentary Emmy Award for Outstanding Writing, and on October 17, The Story of Plastic will be screened at Davenport's Figge Art Museum as the latest presentation in River Action's annual QC Environmental Film Series, this fascinating documentary suggesting, as stated by the Wall Street Journal's John Anderson, “that a giant problem really will be resolved through the smallest gestures.”

Directed by Deia Schlosberg, The Story of Plastic is the first feature-length documentary from the San Francisco-based The Story of Stuff Project, whose online releases have garnered more than 50 million views around the world and have encouraged viewers to support hundreds of environmental projects and campaigns with their time, energy and money. The Story of Plastic is a searing exposé revealing the ugly truth behind plastic pollution and the false solution of plastic recycling. Schlosberg's film presents a cohesive timeline of how we got to our current global plastic pollution crisis and how the oil and gas industry has successfully manipulated the narrative around it. From the extraction of fossil fuels and plastic disposal to the global resistance fighting back, The Story of Plastic has been regarded as a life-changing film in its depiction of one of the world’s most pressing environmental issues.

Schlosberg made national news in October of 2016, when she was arrested and charged with 45 years’ worth of felonies for filming the #ShutItDown pipeline protest in North Dakota. Among her film credits, Schlosberg produced Josh Fox’s climate-change documentary How to Let Go of the World & Love All the Things Climate Can’t Change for HBO, and co-produced The Reluctant Radical and Netflix's Awake: A Dream from Standing Rock. Schlosberg also co-directed and produced Cold Love, while her short film Backyard, a look at the human impacts of fracking, won student Emmys for Best Documentary and the Bricker Humanitarian Award. Produced by Pale Blue Dot Media in association with React to Film, Schlosberg's The Story of Plastic premiered on the Discovery Channel and its affiliates worldwide on April 22, 2020, and has enjoyed numerous public sand fundraising screenings ever since.

The Story of Plastic will be presented at the Figge Art Museum at 2 p.m. on October 17, admission is $5, and more information on the QC Environmental Film Series is available by calling (563)322-2969 and visiting RiverAction.org.