“The Silk Road: The Journey from China to Turkey,” April 23 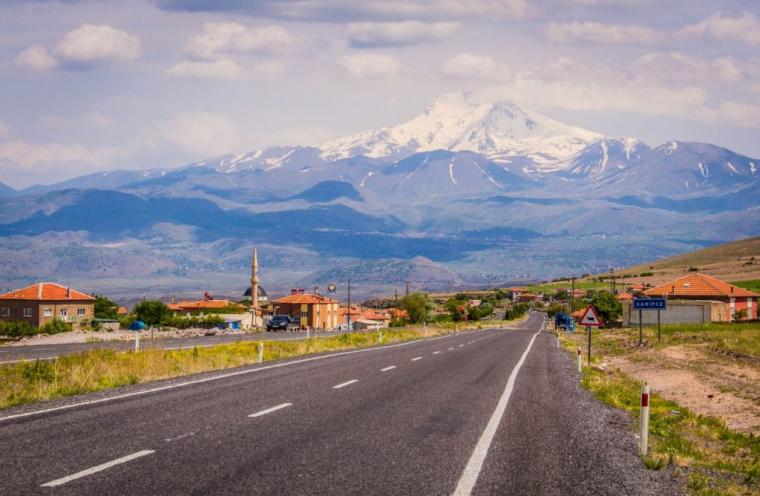 "The Silk Road: The Journey from China to Turkey" at the Putnam Museum & Science Center -- April 23.

For its final presentation in the venue's 2018-19 World Adventure Series, Davenport's Putnam Museum & Science Center will take patrons to the other side of the planet with two April 23 screenings of The Silk Road: The Journey from China to Turkey, a beautiful, thoughtful, and eye-opening work by award-winning documentarian Marlin Darrah.

Historically, the Silk Road was an ancient network of trade routes that connected the East and West, and central to cultural interaction between regions for many centuries. It primarily refers to the terrestrial routes connecting East and Southeast Asia with East Africa, West Asia, and, Southern Europe, and the Silk Road derives its name from the lucrative silk trade carried out along its length that began in the Han dynasty from 207 BCE to 220 CE. This dynasty expanded the Central Asian section of the trade routes around 114 BCE through the missions and explorations of the Chinese imperial envoy Zhang Qian. The Chinese consequently took great interest in the safety of their trade products and extended the Great Wall of China to ensure the protection of the trade route. Though silk was the major trade item exported from China, many other goods were traded, as well as religions, syncreticphilosophies, sciences, and technologies. Diseases, most notably plague, also spread along the Silk Road, and in addition to economic trade, the Silk Road was a route for cultural trade among the civilizations along its network.

Throughout recorded history, the Silk Road influenced the great civilizations of China, India, Ancient Egypt, Persia, Arabia, and Ancient Rome, and in 1271, inspired Marco Polo to leave Venice on a journey of 4,000 miles to China – a trek captured in his book The Travels of Marco Polo. Its release opened the trade route to greater traffic as cultures, ideas, and goods from the West and East were exchanged and great fortunes were made on the Silk Road, with China trading silk, teas, and porcelain, India trading spices, ivory, and textiles, and the Roman Empire exporting gold, silver, and jewels. In The Silk Road: The Journey from China to Turkey, Putnam patrons will discover how Polo's journey opened the trade routes from continent to continent, with Darrah's travelogue taking viewers through five countries and 30 cities bridging Eastern Asia with Europe and exposing audiences to a wealth of cultures, traditions, and histories.

With his assignments and productions having taken him to more than 140 countries around the world, Darrah has produced works for National Geographic, PBS, CNN, the Discovery Channel, and the History Channel. Darrah's directorial credits, meanwhile, include 2004's In the Shadow of Bin Laden and 2017's The Secret Mummies of Lisbon, and his award-winning 2004 drama Monsoon Wife was the first American-produced feature film to be shot entirely in Cambodia.

The Silk Road: The Journey from China to Turkey will be presented at 2 and 6 p.m. on April 23, and the World Adventure Series screenings will feature exclusive talks and Q&A sessions with Putnam curators. Admission is $8-9, and more information and tickets are available by calling (563)324-1933 or visiting Putnam.org.