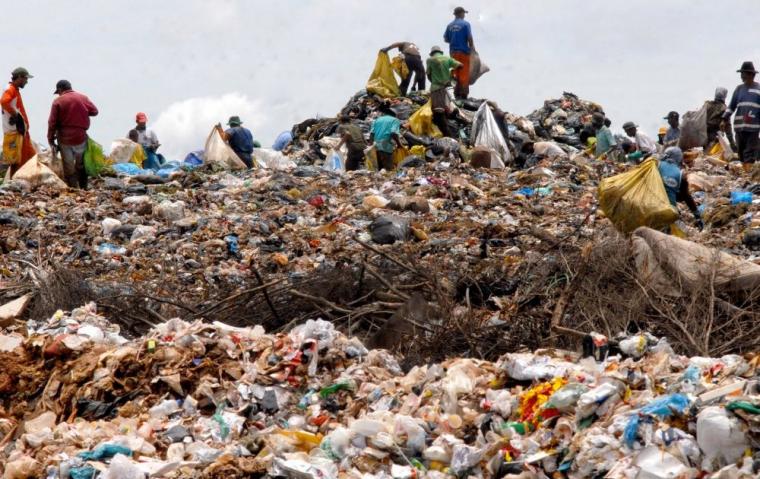 Described by The Huffington Post as “a heart-warming tale of human dignity and innovation,” and by the Hollywood Reporter as a work that “transcends the artist-doc format and has a broad emotional appeal,” the Oscar-nominated documentary Waste Land enjoys a special screening at Davenport's Figge Art Museum on August 1, serving as a companion event to the venue's current exhibition Vik Muniz: Hand Remade.

A 2010 British-Brazilian film directed by Lucy Walker, the documentary chronicles artist Muniz as he travels to the world's largest landfill: Jardim Gramacho outside Rio de Janeiro. Muniz ventures to the site in order to collaborate with a lively group of catadores of recyclable materials, who find a way to the most prestigious auction house in London via the surprising transformation of refuse into contemporary art. The catadores work in a co-operative founded and led by Sebastião Carlos Dos Santos of the ACAMJG (or Association of Pickers of Jardim Gramacho), who dreamed of improving life for his community. The money created by the selling of the artworks was given back to the catadores and the ACAMJG, as well as the prize money from the film awards, to help the found-object artists and their community.

Lauded by the Los Angeles Times as “an uplifting examination of how art came to impact the lives of scavengers,” Waste Land premiered at the 2010 Sundance Film Festival and went on to be nominated for the Academy Award for Best Documentary Feature, and the film won more than 50 additional awards including the International Documentary Association's Best Documentary Award, which was handed to director Lucy Walker inside a garbage bag. On the Rotten Tomatoes aggregator site, 100-percent of critics gave the film positive (“certified fresh”) reviews, earning the film a Golden Tomato Award for the best-reviewed film of the year, and the only documentary that year to be 100-percent positively rated.

The movie is being screened at the Figge in conjunction with the Muniz exhibition, Hand Remade, in which a closed-circuit gallery interactive allows Figge visitors to try making a large mosaic image of their own. The exhibit also features Muniz's Pictures of Garbage series, a gift of Brent Sikkema and the subject of Waste Land, as well as recent works from the Handmade series, courtesy of Sikkema Jenkins in New York.

Waste Land will be screened in the museum's John Deere Auditorium on August 1, admission to the 6:30 p.m. event is free, and more information is available by calling (563)326-7804 or visiting FiggeArtMuseum.org.