While They Were Sleeping: “Passengers,” “Assassin’s Creed,” and “Sing” 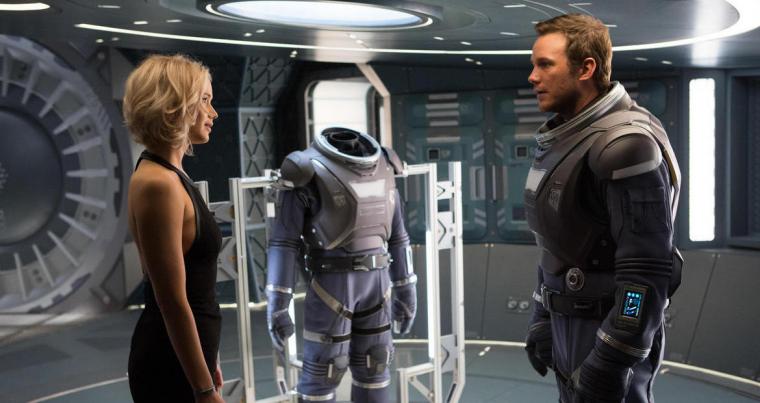 For its first hour or so, the movie I caught mid-afternoon Friday was a lot of fun. Our protagonist was undeniably adorable, and the film elicited knowing chuckles in its introduction and repetition of comedic character. Clever little grace notes were tucked in throughout, and when we finally met our lead’s romantic ideal, the two together were loose and charismatic and wonderfully winning. Making everything juicier was our surrogate’s purposeful hiding of a pretty awful secret, and our waiting for that revelation to finally land, which it did with a hoped-for gut punch. As you’ve no doubt surmised, the movie I’m describing is ... 1995’s Sandra Bullock rom-com While You Were Sleeping.

Kidding. Friday’s screening was director Morten Tyldum’s science-fiction adventure Passengers. But I felt about this movie exactly the way I did about WYWS more than 20 years ago, because outer-space gadgetry and crises aside, they’re the same movie: Someone tells a hurtful lie to snag a romantic partner she or he otherwise couldn’t, and while love inevitably blooms, we wait for the other shoe to drop. Ten years ago, you could’ve called Passengers a “Sandra Bullock in space” flick, before Bullock went and ruined the gag by starring in Gravity.

Alfonso Cuarón’s sci-fi two-hander, in fact, is just one of the many movies Passengers liberally borrows from, its first 10 minutes alone managing to remind me of 2001, Alien, WALL•E, and Albert Brooks’ Defending Your Life. While aboard a luxury spacecraft en route to an alternative to Earth, blue-collar mechanic Jim Preston (Chris Pratt) wakes up alone after his hibernation pod mysteriously opens, and discovers that he’s only 30 years into the trek’s 120-year journey. Following a year spent enacting the five stages of grief, this solitary man contemplates suicide, yet is thrown off-course after stumbling upon the pod housing blond knockout Aurora Lane (Jennifer Lawrence). It would be wrong, Jim knows. Very, very wrong. But if he did sabotage Aurora’s pod and she just happened to wake up, she’d never have to know exactly how it happened, right ... ?

That’s about the first half-hour of Passengers, and the pair’s attempts to solve their dilemma – while, of course, gradually falling in love – are the second half-hour, making Tyldum’s genre entry quite engaging for 60 whole minutes. You don’t cast Pratt, of course, unless you’re aiming for insouciance, and he makes the proceedings as enjoyably lighthearted as a fatal space mission can get. Jim’s encroaching insanity is acted well-enough, and Tyldum gives Pratt some lovely moments of poignancy, as when he tenderly grasps the gloves of an empty spacesuit and leans his head against its breastplate, clearly starved for human contact. But I much preferred Pratt’s comedic angst regarding the ridiculousness of his situation – as Jim isn’t a “gold star” voyager, he can’t even get an automated cappuccino with breakfast – and when he and Lawrence are allowed scenes of relaxation and playful banter, the two are a dreamy match. For more than half its length, Passengers truly is Gravity as a romantic comedy, graced with a sparkling Thomas Newman score and a sweetheart turn by Michael Sheen as a friendly android bartender who proves, in the end, a bit too literal-minded for anyone’s good.

Despite the seemingly hopeless circumstances, the overall mood is so enjoyably blithe that it’s actually a bummer to be reminded that perilous thrills are also on Tyldum’s and screenwriter Jon Spaihts’ agenda. And after the long-anticipated dropping of that other shoe, which does boast some blisteringly (and more than fairly) incensed acting by Lawrence, the movie kind of turns into every generically conceived, contrived sci-fi opus you were hoping it wouldn’t become. Before long, it’s little more than a lot of flashing lights and sonic booms, and even when the effects are impressive – as they are when the ship loses gravity and Aurora nearly drowns in a pool-sized water bubble – they’re sadly lacking in imagination. Not quite as lacking, however, as the second-half construction of Aurora’s character, who gets saddled with innocuous-helpmate lines such as “What does that mean?” and “How do we fix this?”, and whose understandable hostility toward Jim has to predictably morph into deep concern. While You Were Sleeping and its ilk generally fall apart toward their finales, too, but rarely by so fully selling out their female leads the way this one does. Passengers is a film that’s initially easy to like and eventually easy to loathe, and it’s similarly easy to imagine Katniss Everdeen encountering Aurora Lane and choosing to punch her in the face. 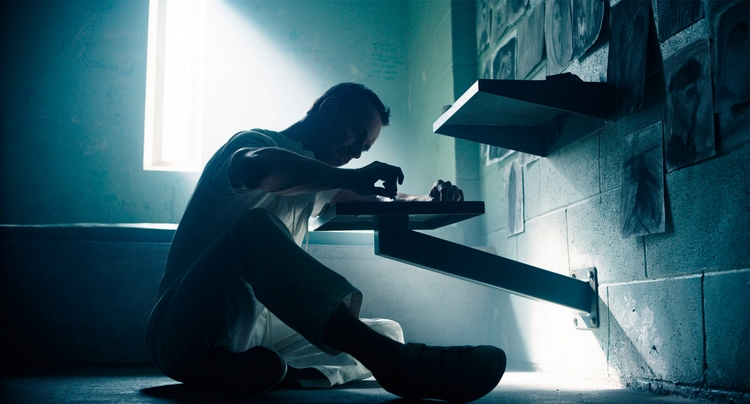 As a movie reviewer, I’m sort of obligated to hate Assassin’s Creed, right? I mean, come on: based on a video game; overloaded with torturous backstory that only die-hard gamers could appreciate; dialogue that’s more directive-based than conversational; Michael Fassbender and Marion Cotillard slumming in Hollywood swill. They were just Lord and Lady Macbeth, for Pete’s sake! Yet I’m only moderately embarrassed to admit that I had a pretty good time at Justin Kurzel’s time-traveling action pic – a directorial follow-up to, of all things, Kurzel’s 2015 Macbeth. Shakespeare would weep if giggling weren’t the more fitting response.

I don’t know how I’d even begin to deconstruct the plot, which finds Fassbender’s death-row murderer, after his 2016 lethal injection, resurrected and recruited by a team of high-tech renegades to find a hidden tchotchke – the Apple of Eden – through the re-created experiences of his 1492 ancestor, and to consequently end humankind’s tendencies toward violence while, in the process, eradicating humankind’s free will. I’m pretty sure that sound I’m hearing is blood from my brain dripping on the keyboard. But while I was certainly lost at times, I can’t say that Kurzel doesn’t give us loads to look at. There are gorgeous reproductions of 15th Century Spain and glorious camera swoops over rooftops and through densely populated city streets, and the machinery that allows Fassbender to travel back in time is a stunningly designed contraption suggesting what high-end gaming looks like in Donald Trump’s rumpus room. (Thankfully, only a couple of first-person moments here produce any sense of Hardcore Henry nausea.) Silly though their roles may be, Fassbender and Cotillard at least act with admirable intensity, with the unexpectedly robust cast also including Michael Kenneth Williams, Charlotte Rampling, Brendan Gleeson, Denis Ménochet, and Jeremy Irons in one of his peerless decadent-old-bastard turns. And with the parkour-flavored stuntwork exceptional and the cutting sharp, there’s even room for moments of happy weirdness; if I had made advance predictions on what I was in for here, I swear that Michael Fassbender singing Patsy Cline wouldn’t have cracked the top 500. Assassin’s Creed may be crummy in expected ways, but it’s also a kick in lots of unexpected ones – sometimes just in the giggly seriousness of its dialogue, as when 1492 Fassbender grimly opines, “Our lives are nothing; the Apple is everything.” Spoken just like a Steve Jobs. 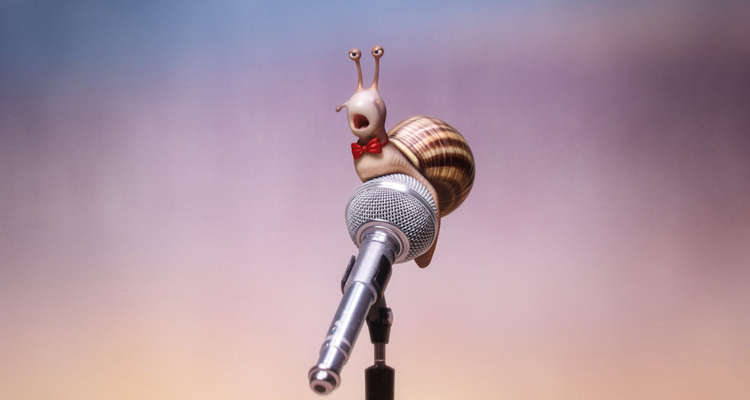 Complaining about a film’s believability when it’s animated and populated entirely with talking animals is the height of inanity. But still: Why did Sing have to make so little sense? In its Mickey-and-Judy-put-on-a-show way, writer/director Garth Jennings’ setup isn’t bad, with threate-proprietor koala Buster Moon (Matthew McConaughey) hoping to reverse his venue’s downward spiral by hosting a city-wide singing competition. Okay, fine, I can buy that. But it’s not like the guy has found the new Hamilton here; this is a one-night deal. So even if Buster fills the seats, how does that solve his theatre’s long-term money woes? If this is indeed a competition, why does Buster cast it as a legitimate stage production, forcing the ape with daddy issues to play piano, and the punk-minded porcupine to perform top-40 banality? Shouldn’t they be allowed to play to their strengths? (Imposed rules of song are staples of The Voice and American Idol, of course, but those contests last many weeks, not one evening.) And what’s with so much of the casting? When a grande-dame sheep boasting the Supremes-era ’fro of Diana Ross and the (literal) pipes of modern-day Jennifer Hudson shows up, why is her speaking voice that of Britain’s Absolutely Fabulous lush Jennifer Saunders? Why is her slacker grandson – who couldn’t be above 25 in human years – voiced by John C. Reilly? Isn’t that guy in his 50s?

I hope it’s clear that if Sing were really working for me, none of this should have been bothersome. Hell, I would’ve laughed at people who told me they couldn’t get into the movie because the Sinatra-singing contestant was a mouse, and we all know Ol’ Blue Eyes was with the Rat Pack. But the film’s narrative and casting errors are easier to describe than its sense of missed opportunity, because, simply put, there isn’t much to Jennings’ movie that you didn’t already get, in incredibly abbreviated form, in its trailers. Yes, there’s a lot of backstage slapstick and animated animals perform balls-out renditions of beloved pop tunes – and isn’t that hysterical? Yet after our initial introductions to that ape (touchingly voiced by Taron Egerton), that porcupine (a suitably prickly Scarlett Johansson), that mouse (Seth MacFarlane, admirably salty), and the rest, their personalities and aspirational leanings don’t build or even much change, so nothing they do or say is ever really surprising. And while we hear a ton of songs, most of them only song snippets, they’re neither thrilling nor funny enough to be truly memorable. (The recent Trolls may be the lesser accomplishment, but I still would’ve traded all of Sing’s tunes for one number as moving as Justin Timberlake’s take on “True Colors,” or one as perfectly fitted for character as Zooey Deschanel’s “Hello.”) With voice work also provided by the likes of Reese Witherspoon, Leslie Jones, and Nick Offerman, the film is occasionally clever, as it is in the gags involving an errant glass eyeball, and when McConaughey’s and Reilly’s furry creatures wash and dry cars to a morose Pagliacci aria. For most of its length, though, Sing merely coasts along on “pleasant,” unless Tori Kelly is going to town on a number, at which point it’s more like “excruciating.” After her show-offy, achingly melismatic rendition of Leonard Cohen’s most famous song mercifully ended, it was actually me who muttered, “Hallelujah.”