With This “Rings,” I Thee Dread: “Rings,” “The Space Between Us,” and “The Comedian” 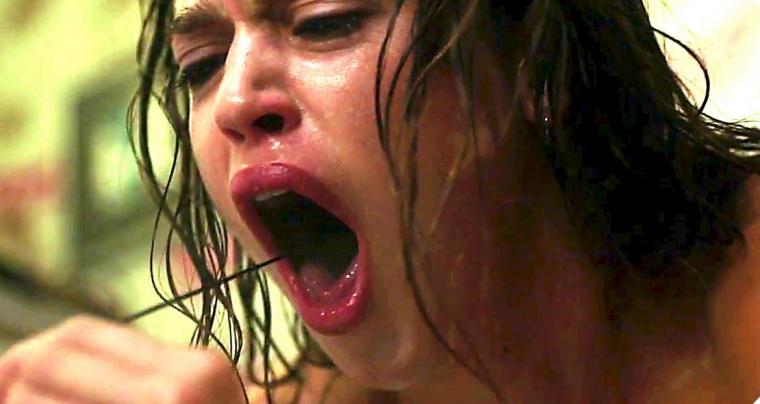 In its blatant attempt to revive a scare-flick “franchise” that couldn’t even produce a second sequel, director F. Javier Gutiérrez’s Rings probably won’t make 2002’s The Ring and its 2005 follow-up relevant again, but the results are better than I expected – by which I mean the first 10 minutes are actually pretty good.

You remember the drill, right? There’s this videotape of what looks like a failed film-school homage to early David Lynch, complete with grainy black-and-white imagery and the nightmarish sight of a woman brushing her hair. Those who watch this theoretically terrifying Sundance reject will meet grisly fates in seven days unless they make copies of the tape and pass them on to friends, and so it will go until, I suppose, every last man, woman, and child on Earth has seen it (a strategy also employed for YouTube kitten videos). Rings reminds us about a few of these factoids during its prelude, which finds a panicky 20-something telling his airplane seatmate about the disturbing video tape he saw a week ago. I was praying for the guy’s listener, a gal about his age, to ask, “What’s a videotape?” But what transpires instead is nearly as enjoyable given the well-escalated tension, smartly lit compositions by cinematographer Sharone Meir, and nasty, if predictable, kicker suggesting that if this re-imagining of The Ring doesn’t take, Gutiérrez might be an excellent choice to helm the inevitable reboot of the Final Destinations.

Events then jump two years, and the passé notion of videotapes gets its rightful recognition when Gabriel (Johnny Galecki), a scruffy biology professor, runs across an old VCR at a flea market and takes it home for repair. Hey – guess what’s inside! The tape is watched, Gabriel receives the de rigueur phone call with the hissed greeting “Seven da-a-a-a-ays!”, and Meir and Gutiérrez go to town further, delivering creepy, evocative shots of a cicada emerging from the lit end of Gabriel’s cigarette and the outdoor raindrops mysteriously traveling upward. I’ll admit it: Up until this point, I was having a blast. Then the title card popped onscreen. And then it all went to Hell.

Well, not Hell so much as the disheartening Purgatory of under-imagined horror flicks, where every moment of relative wit is offset by three examples of thudding obviousness – the Orpheus myth is given quite a workout here – and every portrayal by actors who know what they’re doing (such as Galecki and Vincent D’Onofrio) matched by blandly expressed concern and fear on the part of vapid hotties with far more to do (Matilda Lutz and Alex Roe). Even worse, as appears to be the genre norm these days, the Rings plot demands that we sympathize with the videotape’s supernatural murderer, and not just because it can’t be easy for the girl to see her victims with all that hair in her eyes. Happily, the movie always looks great, and even without Naomi Watts on hand, it’s certainly not as boring as The Ring Two. Yet when one of our dreary young heroes, at the near-climax, uttered the biggest and most oft-repeated lie in the fright-film canon – “It’s over ... . It’s over ... .” – it still took considerable will to not take the words literally and make a blessed escape. 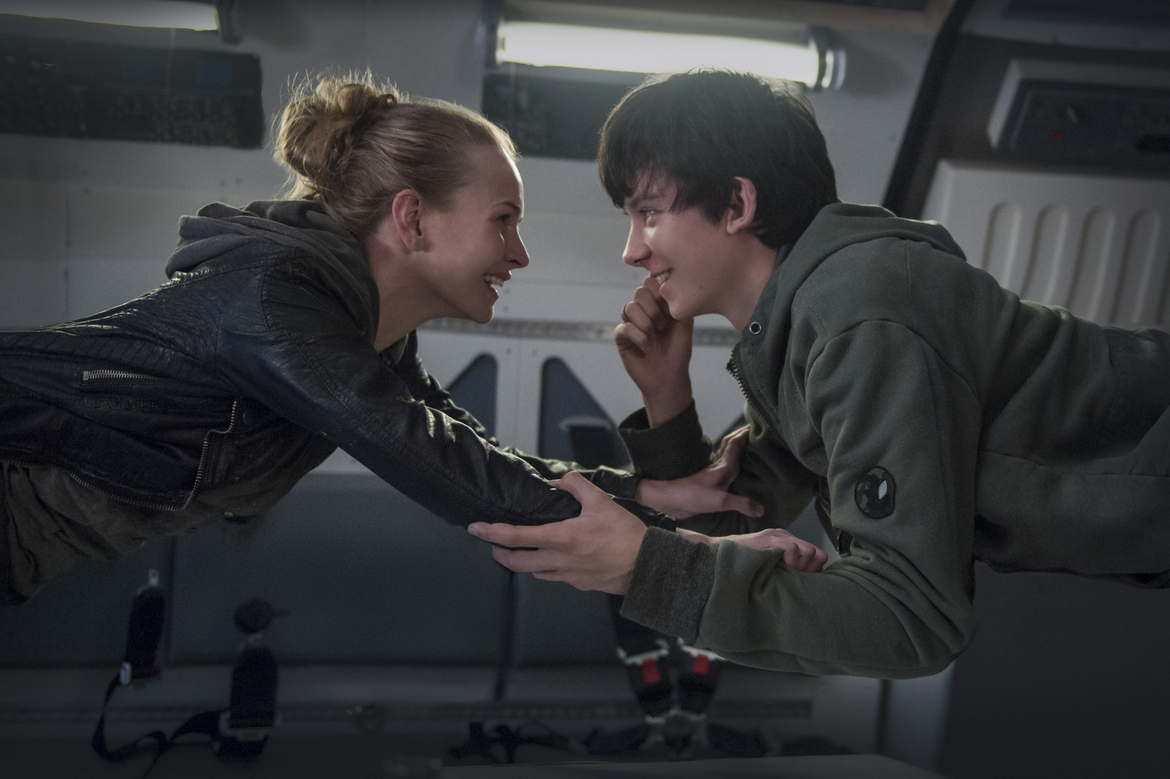 THE SPACE BETWEEN US

There are loads of different movies fighting for screen time in The Space Between Us – among them a sci-fi procedural, a fish-out-of-water comedy, a chase-picture-cum-travelogue, a YA-lit love story, and a dying-kid melodrama – and none of them is very good. But if, in the end, director Peter Chelsom’s film is reminiscent of nothing so much as John Carpenter’s Starman, at least it has its own Jeff Bridges in the form of Asa Butterfield, the 19-year-old British actor who’s as essential to the proceedings here as The Dude was in 1984’s humanoid-alien tearjerker.

With his easy relatability and far-set, imploring eyes that seem tailor-made for yearning romance, Butterfield is ideal casting as Gardner Elliot, a 16-year-old born and raised on Mars who longs to experience life, and a life with his video-pen-pal crush Tulsa (Britt Robertson), on Earth. But the chief delight of Butterfield’s performance is that nothing about his résumé – which already boasts leading roles in The Boy in the Striped Pajamas, Hugo, and Ender’s Game – suggested that the British youth could be so funny. His readings are dry and quick, and after Gardner arrives on our planet, Butterfield brings a casually goofy spin to the kid’s frequent befuddlement, cheerfully accepting put-downs as compliments and grinning with “This is so weird!” obliviousness. Yet he’s perhaps even more inspired physically. Unused to his new gravitational conditions on Earth, where he’s no longer able to casually jump five feet in the air, Gardner walks and sprints like he weighs a ton, and Butterfield makes the travails breezily comedic even when evading cops and the NASA officials (Gary Oldman and Carla Gugino) eager to find their Martian runaway. Just about everything The Space Between Us’ young star does is terrific. Just about everything surrounding him is a bummer, and that’s when the film isn’t being aggressively, almost pathologically, irritating.

The writing would surely have been on the wall had I known in advance that the script was by Allan Loeb, whose list of noxious credits includes the Adam Sandler “comedy” Just Go with It, the Kevin James “comedy” Here Comes the Boom, and the recent holiday “movie” Collateral Beauty, a work whose thunderous stupidity has seen few recent rivals. Consequently, in retrospect, it wasn’t a shock that Loeb’s Space Between Us narrative would be so lazy – especially regarding the many miraculous escapes and questions of motivation – and so utterly shameless, with Gardner slowly dying because of his enlarged heart. (Yes, this outer-space sweetie’s days are apparently numbered because His Heart Is Just Too Big. It must be the regret of Loeb’s life that he wasn’t hired for The Odd Life of Timothy Green.) What was surprising, however, was how readily Loeb mistook criminal behavior for the apex of cutesiness – Gardner and Dusty steal cash, cars, and even planes with unbecoming frequency – and how strenuously abrasive Robertson would be as the apple of Gardner’s untrained eye, with the 26-year-old also woefully unpersuasive as a high-school senior. (Not to be catty, but Britt Robertson is four months older than Jennifer Lawrence and is occasionally photographed here to look like Lawrence in the final scenes of Joy.) Butterfield tries mighty hard, but he’s not enough to make up for the disappointment and annoyance of The Space Between Us, even if I did love that Gardner’s chief inspiration in life came from, of all things, the Wim Wenders masterpiece Wings of Desire. He may not be a believable Earthling, but that kid would have no trouble passing as a grade-A movie snob. 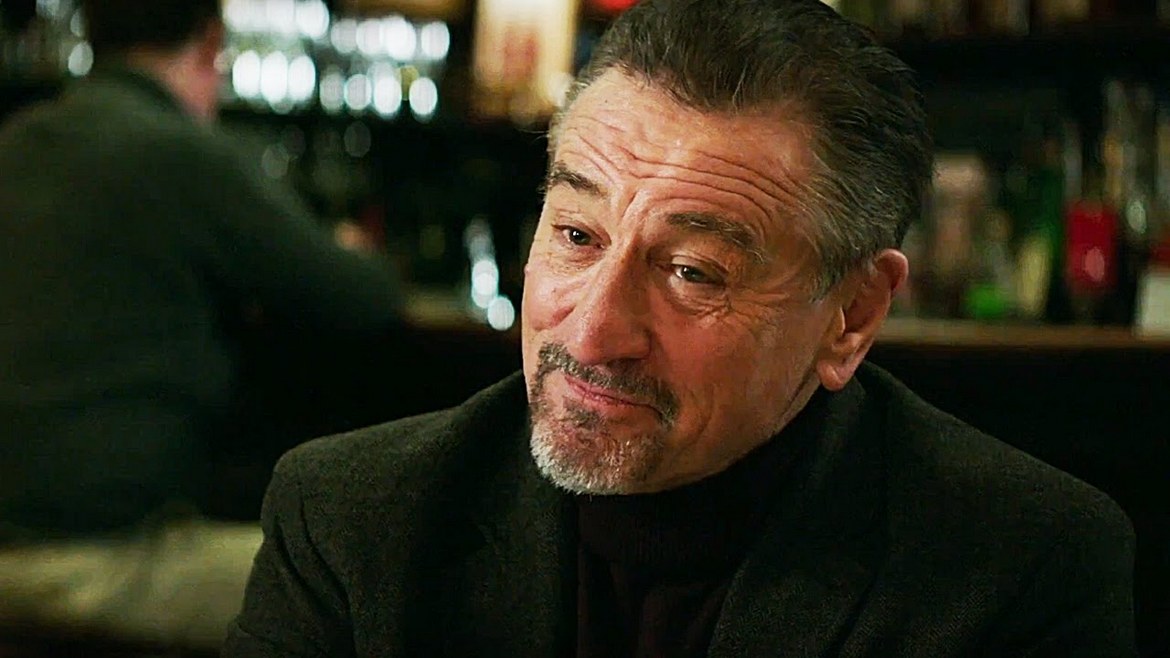 Before what I promise will only be a couple hundred words of loathing directed toward the cinematic train wreck that is The Comedian, a few words of praise. As the long-suffering brother to Robert De Niro’s aching-for-a-comeback insult comic Jackie Burke, Danny DeVito acts with unexpectedly understated warmth. There are brief, welcome appearances by Charles Grodin and Lois Smith, and even when she’s as ill-used as she is here, it’s hard not to be happy when Cloris Leachman is around. Director Taylor Hackford establishes a convincing New York City milieu underscored by pleasing saxophone solos and Terence Blanchard compositions. Comedienne Jessica Kirson is sharp in her bit on mah-jongg-playing Jewish ladies, while stand-up fans will likely enjoy the arrivals of Billy Crystal, Richard Belzer, Hannibal Buress, Brett Butler, Jimmie Walker, and dozens of others. And on two or three occasions, De Niro shares some enjoyable, smiling-through-their-hostility banter with his old Scorsese sparring partner Harvey Keitel, who looks unquestionably dapper as a Florida Goodfella. But for a comedy titled The Comedian, was it too much to ask for even one laugh? Or one instance of recognizable human behavior? Or a single scene that wasn’t either insulting or humiliating or jaw-droppingly awful?

Watching De Niro’s Sandy mug and grimace through his torturously unfunny, ceaselessly profane Catskills routines while throngs of admirers roared and wiped away tears of joy made me feel like I was from another planet; what the hell are these nimrods cackling at?! But I still wasn’t prepared for the grim sight of 73-year-old De Niro romancing 44-year-old Leslie Mann (who’s also forced to giggle at the man’s wretchedly unamusing material), or De Niro leading a retirement center in a rousing sing-along to the retitled ditty “Makin’ Poopee,” or a seven-year-old girl performing her own vile standup complete with utterances of the P and F words. It’s unfathomable who The Comedian’s producers were expecting its potential audience to be, and practically the only moments of sanity in this staggeringly foul and pointless trifle – a movie that suggests The Don Rickles Story acted by Rupert Pupkin – are provided by Edie Falco as Jackie’s manager. She certainly has the easiest job in the film, considering she doesn’t laugh at her client’s jokes even once.