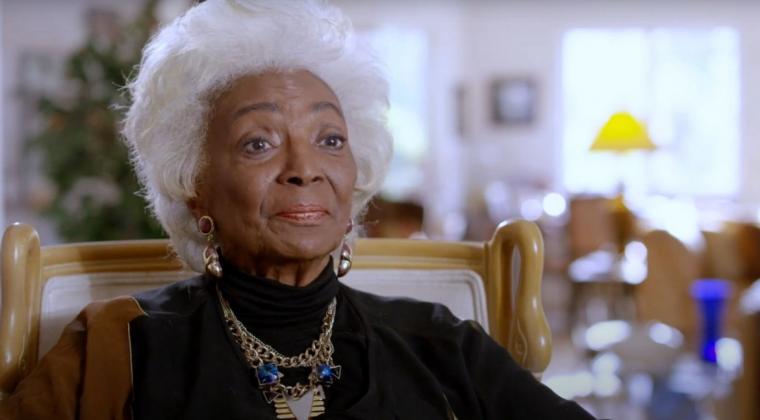 Beginning in 1977, eight years after the cancellation of TV's Star Trek series and two years before the original film franchise released its first movie, Nichols volunteered her time in a special project with NASA o recruit minority and female personnel for the space agency. She began this work by making an affiliation between NASA and Women in Motion, a company which she helped to run, The program turned out to be a huge success, with the recruited including Dr. Sally Ride, the first American female astronaut, and United States Air Force Colonel Guion Bluford, the first African-American astronaut, as well as Dr. Judith Resnik and Dr. Donald McNair, who both flew successful missions during the Space Shuttle program before their deaths in the Space Shuttle Challenger disaster on January 28, 1986. Recruits also included Charles Bolden, the former NASA administrator and veteran of four shuttle missions; Frederick D. Gregory, former deputy administrator and a veteran of three shuttle missions; and Lori Garver, former deputy administrator.

An enthusiastic advocate of space exploration, Nichols has served since the mid-1980s on the board of governors of the National Space Society, a nonprofit, educational space-advocacy organization founded by Dr. Werner von Braun. In late 2015, Nichols flew aboard NASA's Stratospheric Observatory for Infrared Astronomy (SOFIA) Boeing 747SP, which analyzed the atmospheres of Mars and Saturn on an eight-hour, high-altitude mission. She was also a special guest at the Jet Propulsion Laboratory in Pasadena, California, where Nichols was invited to view the soft landing of the Viking 1 on Mars, and along with other cast members from the original Star Trek series, Nichols attended the christening of the first space shuttle Enterprise in Palmdale, California.

Woman in Motion: Nichelle Nichols, Star Trek, & the Remaking of NASA will be presented locally at Rave Cinemas Davenport 53rd 18 + IMAX at 7 p.m. on February 2, and more information on the screening is available by visiting FathomEvents.com.