Writing for the Screen, March 15 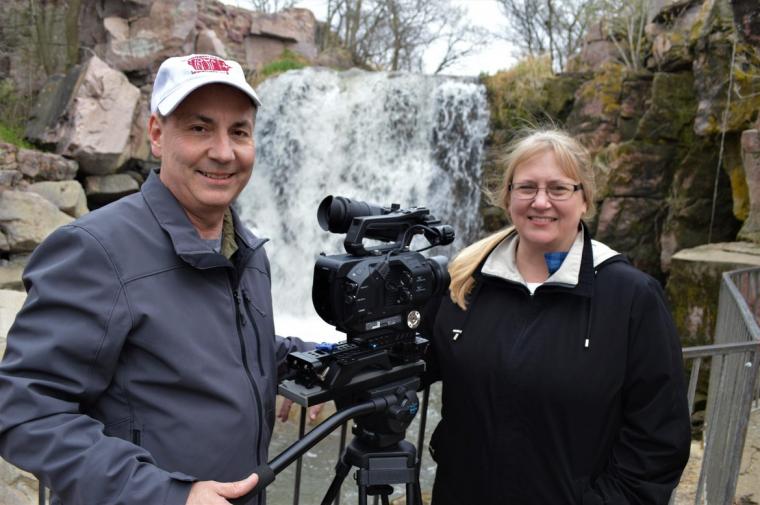 Kelly and Tammy Rundle present Writing for the Screen at the Midwest Writing Center -- March 15.

Hosted by the Midwest Writing Center, the latest presentation in the Brown Bag Luncheon Discussion series finds area filmmakers Kelly and Tammy Rundle of Fourth Wall Films speaking on “Writing for the Screen,” delivering a March 15 overview on writing for their documentary film projects and new narrative film Sons & Daughters of Thunder, based on a play by Earlene Hawley.

The Rundles have been producing, writing, directing, and editing documentaries and other media projects for over 25 years, and are the recipients of three Mid-America Emmy nominations and more than a dozen film-festival awards. Their 2017 film The Barn Raisers premiered at the Putnam Museum and was an official selection at Southern California's Newport Beach Film Festival in Southern California, and the duo's additional documentary credits include River to River: Iowa's Forgotten Highway 6, Letters Home to Hero Street, Country School: One Room – One Nation, Movie Star: The Secret Lives of Jean Seberg, Lost Nation: The Ioway, andVillisca: Living with a Mystery.

Fourth Wall Films was recently commissioned to produce the Visitors Center film for South Dakota's newest state park Good Earth at Blood Run. Good Earth: Awakening the Silent City premiered last May and combines interviews with representatives of the Omaha, Ponca, Ioway, and Otoe tribes and other scholars, 1650-era reenactments, nature cinematography, and computer animation, and is among 30 films officially selected for exhibition at the Archaeology Channel International Film Festival in Eugene, Oregon. The Rundles are also in production for part one of their documentary series Hero Street, USA, and in post-production for their first docudrama Sons & Daughters of Thunder, which tells of Harriet Beacher Stowe and the beginning of the end of slavery in America.

Brown Bag Lunch Discussions are hour-long sessions featuring local personalities and prominent figures from the artistic, cultural, historical, educational, and media sectors to present a range of topics that audiences can both enjoy and engage in via Q&A sessions following each presentation.