Xenomorphin’-Power Dangers: “Alien: Covenant,” “Everything, Everything,” and “Diary of a Wimpy Kid: The Long Haul” 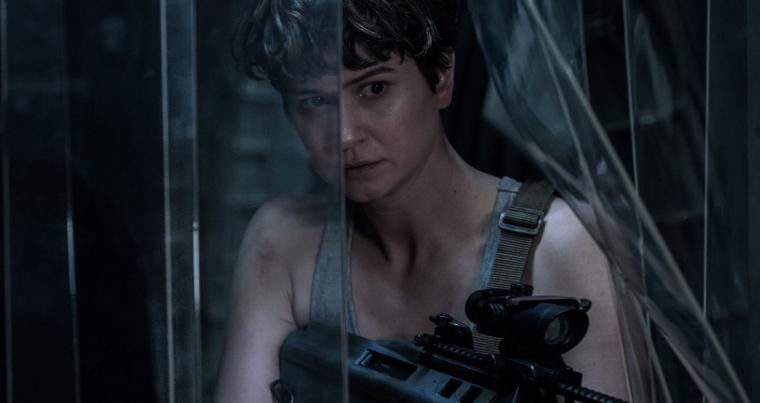 It may not be particularly great sci-fi horror, but for the series’ devotees, Ridley Scott’s Alien: Covenant is certainly a first-rate exercise in nostalgia. Look! There’s the title gradually appearing in vertical, horizontal, and diagonal lines! There’s the futuristic “burial at sea” with a mummy-wrapped corpse! There’s the derelict spacecraft! The face-hugger! The drinking-bird tchotchke! The heroine with the Sigourney-in-combat ’do who shouts, “We’ll blow this f----- out into space!”

And there, for better and worse, are the aliens, who have become both the highlights and the banes of this 38-year-old franchise. It’s the damnedest thing about these iconic creatures: Every time I see them in previews for new Alien outings, I shudder with delight, and every time I see them in the movies themselves – at least the 21st Century ones – I’m nothing but disappointed. Can we all agree that while CGI has been a frequently miraculous gift to science fiction, it’s done nothing to improve H.R. Giger’s original xenomorph and its many shrieking, drooling offspring? Covenant has its share of excellent moments and boasts a profoundly excellent pair of Michael Fassbenders. Yet Scott’s latest – a sequel to his 2012 Promethus and prequel to his 1979 Alien – is almost never scary, primarily because so few of the film’s monsters seem to exist on the same physical plane as its humans. Not to be a middle-aged Luddite about things, but please, Hollywood, scale back on the pixels and bring back the 20th Century puppets and stuntmen in toothy reptile suits. When Covenant’s crew members battle the beasts, they may as well be laying waste to Roger Rabbit’s Toontown.

Then again, do Scott and screenwriters John Logan and Dante Harper even care that much about their aliens here? Covenant’s narrative, in which a space-colonization mission is derailed by a mysterious deep-space signal that warrants investigation, is completely familiar yet perfectly acceptable, and the cast is populated with pros who lend admirable intensity to dimensionless roles. (You gotta wonder, though: When he signed up alongside Katherine Waterston, Billy Crudup, Danny McBride, Carmen Ejogo, and Demián Bichir, did James Franco know he’d be around for all of 90 seconds?) But despite the incredible production and sound design, Scott’s typically handsome staging, and the randomly disturbing shocks, there’s a perfunctory nature to the action scenes suggesting a bit of off-screen boredom, with the updates on famed Alien sequences – the face-hugger attack, Dallas’ air-duct cat-and-mouse – far less thrilling that their precursors. Only in Fassbender’s devastatingly witty turns as androids David (from Prometheus) and the “upgraded” Walter does Scott’s series-extender feel original and alive – and kind of bat-shit insane. Alien: Covenant may be middling entertainment, but no film sight this year has been as gloriously perverse as that of David teaching Walter how to play the recorder, with the unmissable homoeroticism culminating in the instant-classic line: “I’ll do the fingering.” So much for the theory that Fassbender might never find a screen partner as pretty as he is. 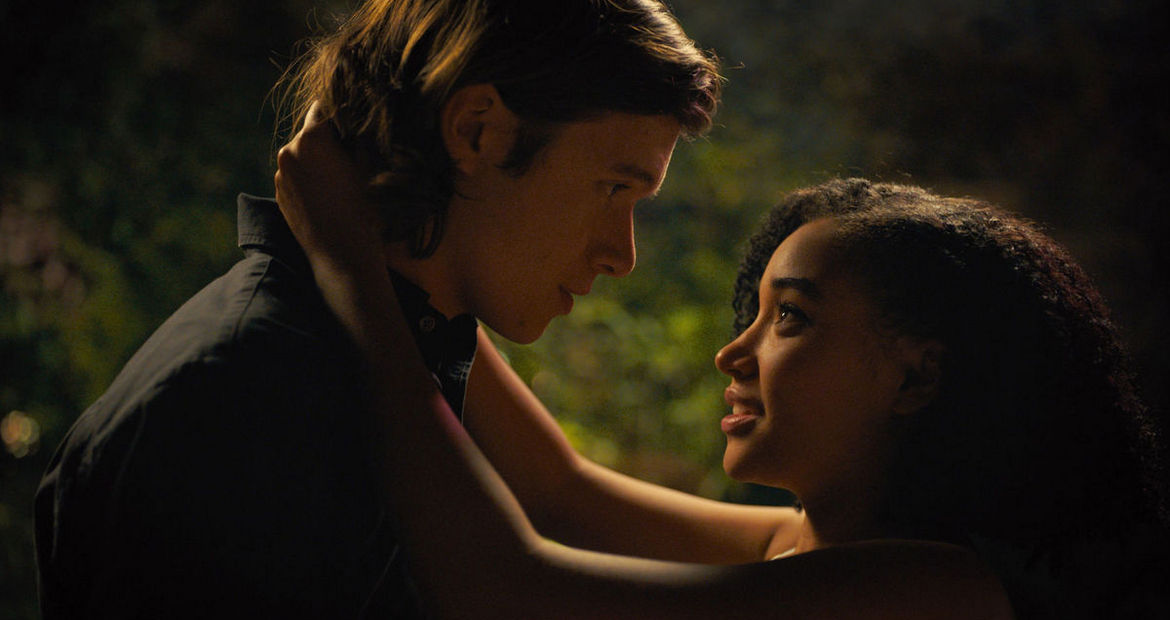 It sounded too treacly and YA-adorbs for words: A melancholic romance between a bright, curious teen whose incurable disorder requires that she never leave the house, and the mysterious, sensitive brooder who moves in next door. But happily, even thrillingly, director Stella Meghie’s Everything, Everything is like The Fault in Our Stars done right: emotionally involving, swooningly romantic, and boasting a female lead whose presence, both on-screen and in voice-over, you feel you can never get enough of. While Meghie doesn’t sidestep all of her genre landmines here, likely because no human being could, she and screenwriter J. Mills Goodloe (adapting Nicola Yoon’s bestselling novel) have crafted a deeply touching and engrossing tale of first love. In the process, they may have also introduced us to a future superstar in Amandla Stenberg, whose unforced excellence, even in her first minutes, is the type that makes you turn to your moviegoing companion with an incredulous grin as you mouth, “Who is that?!” I saw the movie by myself, though, so I instead mouthed it, while grinning, at the screen.

You may remember Stenberg as the first Hunger Games’ resourceful, doomed Rue, whose presence was so keenly moving that Katniss was still feeling it several installments later. But you probably won’t forget the performer after 95 minutes in her company here, because the 18-year-old floods her role as the imprisoned, artistic-minded Maddy Whittier with so much soul, humor, and strength of personality that it’s almost as if you’ve known Maddy her entire life. Whether the youth diagnosed with severe combined immunodeficiency (SCID) is chatting with Ana de la Reguera’s caring nurse or enjoying a birthday with mom Anika Noni Rose, cheesecake, and Moonstruck (I’m sorry – that’s a freakin’ perfect birthday), there’s absolutely nothing artificial about Stenberg’s divinely human, effortlessly natural portrayal. And the scenes between Stenberg and Nick Robinson (the teasing older brother in Jurassic World) as her damaged beau Olly are simply magical – and sometimes magically simple. Both actors were certainly aided by Meghie, who somehow manages to make a teenager’s first kiss set against the backdrop of Fourth of July fireworks both legitimately blissful, which was heartening, and subtle, which I thought was impossible. Yet Stenberg and Robinson share exquisite chemistry regardless of circumstance. Even their voiceless communication between adjoining windows is filled with sweetness and longing – like the Thora Birch/Wes Bentley scenes in American Beauty minus the video-cam and nudity – and their first encounter in Maddy’s living room is a miraculous blend of inspired, chess-match staging and barely contained outpourings of burgeoning affection. Hunger Games, indeed.

Although Rose plays the requisite Overprotective Mother with astounding empathy and delicacy, her efforts aren’t quite enough to overcome the unfortunately schematic nature of her role. Meanwhile, Meghie’s commendable visual invention – which is hugely welcome in the many texting sequences – sometimes gets the better of her; the symbolic-astronaut interruptions don’t play well, nor does the Annie Hall bit in which the teens’ conversational subtext is spelled out in subtitles. But these are quibbles. In general, I was so enraptured by Everything, Everything that I barely noticed the predictable pop-song deluge or cared about my lingering questions, such as “Why does a SCID diagnosis mean you can only wear white T-shirts?”, and “Why do Maddy and her mom have a couch in the kitchen?” (Given its confidence and assuredness, I also barely recognized how quietly radical the film is – especially for a big-studio Hollywood release – in presenting us with a mixed-race couple in which the subject of race is never once addressed.) Meghie’s thoroughly lovely movie is one of grand romantic gestures and elicits feelings to match, and with Amandla Stenberg it achieves the bonus effect of showcasing a superior beauty and talent whom you’re now wanting to see cast in everything. Everything. 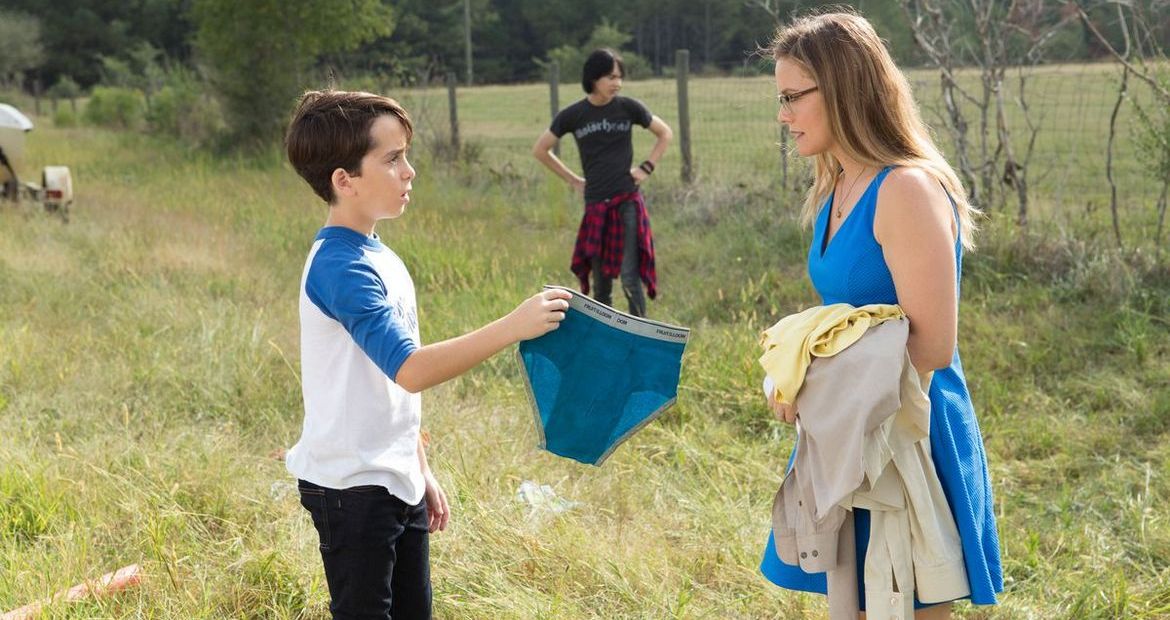 DIARY OF A WIMPY KID: THE LONG HAUL

Like an idiot, I was somewhat looking forward to Diary of a Wimpy Kid: The Long Haul, the fourth installment in the family-slapstick franchise based on Jeff Kinney’s beloved stick-figure books. With five years having passed since the series’ Dog Days, I knew that the terrific child stars Zachary Gordon and Robert Capron had aged out of their roles as middle-school pals Greg and Rowley, and also that Steve Zahn and Rachael Harris (as Greg’s folks) and the hysterical Devon Bostick (as Greg’s brother/nemesis Rodrick) were likewise not returning. But at least David Bowers – director of Dog Days and 2011’s Rodrick Rules – was, and Kinney himself co-wrote the script, and all three previous films were totally easy sits ... . How bad could The Long Haul be? Sweet Heaven, I had no idea.

Giving credit where it’s due, it was amusing when the road-trip-ing Heffley family visited a county fair and Greg and Rodrick indulged in the regional delicacy of deep-fried butter on a stick – at least until Rodrick’s nine helpings came back to haunt him (and us) on a whizzing carnival ride. And even though its inclusion made no sense, Bowers’ parody of Psycho’s shower scene was a knockout, complete with the actual Bernard Herrmann score and a shot-by-shot fidelity to make Gus Van Sant, if not Hitchcock himself, proud. (True, we didn’t get a slowly spinning closeup on an eyeball, but by that point, the film’s 90 minutes were already feeling too long.) Yet in nearly all other ways, this latest Diary is awful – like some juvenile Vacation sequel too puerile for Chevy Chase. I don’t know how Bowers’ timing got so slack between installments, but the dead air surrounding the unfunny jokes is suffocating, and the relentless onslaught of puking and farting and sharting gags would be noxious even if the new, sadly unimproved cast delivered them with gusto. (I’ll avoid citing the lackluster kids by name, but Greg’s parents are played with equal listlessness by Alicia Silverstone and Tom Everett Scott, meaning the casting would’ve been uncool even in 1997.) The Long Haul merely finds dopey subplot colliding with dopey subplot until the wholly unconvincing Happily Ever After, and I left kicking myself for not focusing more on the family’s fidgety toddler, who was frequently caught staring at something – A relative? A cookie? – just off-screen. Whatever it was, it had to be more compelling than what was going on right in front of him.