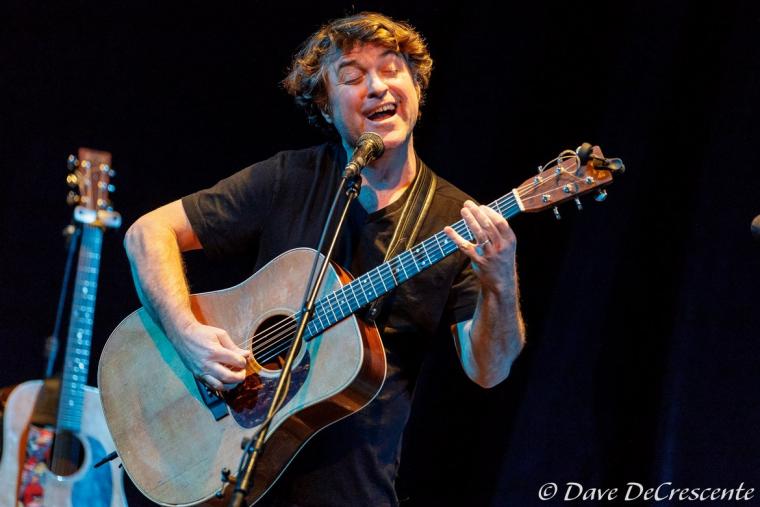 Headlined by an Adler Theatre engagement with Keller Williams' Grateful Grass and Max Weinberg's Jukebox on August 22, this year's Alternating Currents festival – boasting more than 100 events and performances at 16 Quad Cities venues – will feature concert sets with more than three dozen bands and solo performers from Thursday through Sunday, their music encompassing every genre from rock to folk to jazz to country.

Keller Williams is one of the best-known names in bluegrass music, and in his latest project Keller Williams’ Grateful Grass, he offers loose interpretations of Grateful Dead songs done in a bluegrass style. The band demonstrates Williams' love of psychedelic improvisational bluegrass music as well as Grateful Dead classics, and as the artist himself says, “Playing this music this way is such a blast that it probably should be illegal.” And joining Williams on August 22 is Max Weinberg, the 45-year drummer for Bruce Springsteen & the E Street Band who also spent 17 years performing on Conan O’Brien's nightly talk show. television show. In Max Weinberg's Jukebox, the musicians play everything from The Beatles to Bruce to Steppenwolf to the Stones, with the jukebox twist being that the audience picks the songs in real time, calls them out, and Weinberg and company plays them. A truly interactive experience, Weinberg invites the audience to create the set list from a video menu of over 200 songs.

Preceding Thursday's 8 p.m. Adler concert with Keller Williams' Grateful Grass and Max Weinberg's Jukebox is a 7:45 p.m. opener with soul singer Kat Wright, whose style has been described as “a young Bonnie Raitt meets Amy Winehouse,” Wright will also, that Thursday, play a special 11:30 p.m. concert at Davenport's River Music Experience, and in addition to the Adler, more than a dozen other Davenport venues will be hosting concert sets during the three days of Alternating Currents: