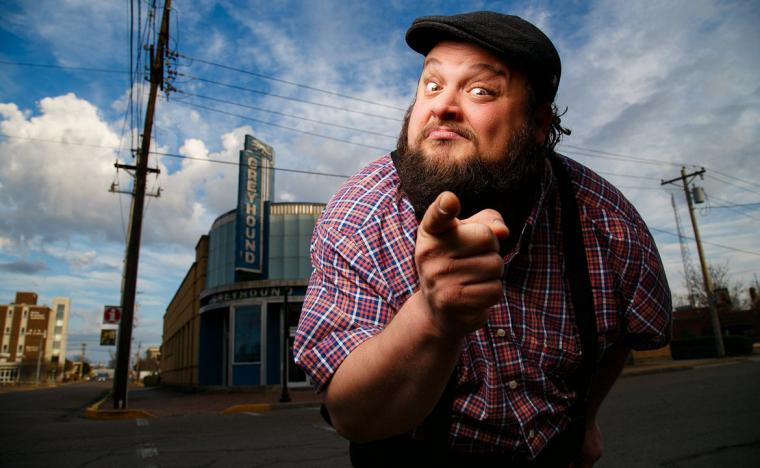 Victor Wainwright in the Mississippi Valley Blues Festival at Murphy Park at The Bend -- July 5 and 6.

The formidable talents of Ronnie Baker Brooks, Samantha Fish, Victor Wainwright, Tab Benoit, and many others will be showcased when the Mississippi Valley Blues Society hosts the 2019 Mississippi Valley Blues Festival in East Moline venue Murphy Park at The Bend, the hotly anticipated July 5 and 6 event boasting exhilarating sets with national, regional, and local blues artists on two outdoor stages, plus interactive presentations for kids in the Blues Society's popular BlueSKool program.

The July 5 lineup for Murphy Park's bandshell stage opens with a 5 p.m. concert by the Avey/Grouws Band, winners of the 2017 Iowa Blues Challenge whose blues-rock and Americana stylings have a deep connection to the Quad Cities and the music of the Mississippi River. Heather Gillis plays the bandshell at 6:45 p.m., the 22-year-old and her four-piece band having played alongside the likes of the Allman Brothers Band, Colonel Bruce Hampton, and Damon Fowler. At 8:15 p.m., the Blues Festival welcomes Ronnie Baker Brooks, the blues-guitar maestro (and son of Lonnie Brooks) who has played on albums by Elvin Bishop, Billy Branch, and Big Head Todd. And Friday's bandshell concerts close with a 10 p.m. set by Samantha Fish, the singer/songwriter and multi-instrumentalist who has topped the Billboard charts with such hit albums as Wild Heart and Belle of the West.

On July 6, the blues brilliance continues with a 2 p.m. set by the Robert Kimbrough Sr. Blues Connection, led by the son of blues legend Junior Kimbrough, and a 3:30 p.m. concert with Lizzy Neal, a RAMI Award winner for “Blues Artist of the Year.” Victor Wainwright, the Blues Music Award winner whose style was described by American Blues Scene as “simply beautiful madness,” takes the bandshell stage at 5 p.m., with Louisiana's number-one blues export Tab Benoit thrilling crowds with his vocals and guitar mastery at 7 p.m. And the evening ends with a 9 p.m. set by the North Mississippi Allstars, the Mississippi-based southern-rock and blues musicians currently in their third decade of professional performance.

Both days of the 2019 Mississippi Valley Blues Festival will also feature live music taking place on the Pedigo/Jones Stage. On July 5, Hal Reed & Mississippi Journey will open the stage's lineup with a 6 p.m. set, followed by a pair of concerts with the local artists of Blues Rock-It at 7:45 and 9:30 p.m. Meanwhile, on July 6, the Pedigo/Jones Stage will welcome the musicians of Grand Avenue Ruckus at 1 p.m., blues maestro Nic Clark at 3 and 4:30 p.m., and singer-instrumentalist Joe Marcinek at 6:15 and 8:15 p.m.

In addition to this year's concert sets, the Mississippi Valley Blues Festival will feature a trio of family-themed events in the BlueSKool lineup: a 2:30 p.m. musical presentation with the Ellis Kell Winter Blues All-Stars; 4 p.m. blues-harmonica lessons with the great David Berntson; and a 5:30 p.m. set with Blues Festival headliner Nic Clark. The Bend's event center will also host a special after-festival jam, with the Avey/Grouws Band hosting the closing festivities from 11 p.m. to 2 a.m.