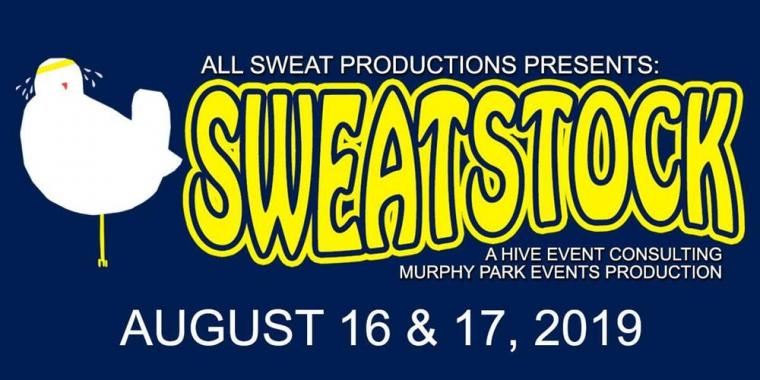 With their combined talents being employed nearly 20 individual outdoor sets on August 16 and 17, more than 100 local Quad Cities artists will perform at the inaugural Sweatstock music festival at East Moline's Murphy Park, the organizers for this special tribute to Woodstock (held a half-century ago on August 15-18, 1969) including All Sweat Productions, Hive Event Consulting, and Murphy Park Events.

The festival will include tribute performances to Jimi Hendrix, Santana, Janis Joplin & Joe Cocker, Creedance Clearwater Revival, Sly & the Family Stone, The Who, the Grateful Dead, The Band, Johnny Winter and many more. Local acts that will also feature their original music include: Joe Marcinek, The Velies, Rude Punch, The Candymakers, Jordan Danielsen, Jason Carl and the Whole Damn Band, Condor and Jaybird, The Dawn, and Charlotte Boyer.

“From the collaboration of local musicians, to the production of the festival by Quad Citizens, Sweatstock is a special event for our community,“ said Kate Dale, Hive Event Consulting. “It’s been amazing to see the transformation happening in East Moline and we are looking forward to putting on a signature event that contributes to our region’s growth and celebrates the talent that exists in the Quad Cities.” 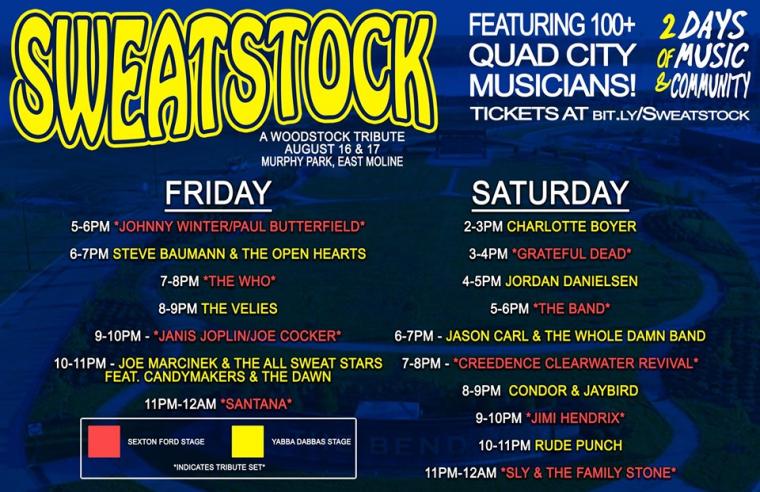 All Sweat Productions is a live music project that was launched in 2016 by The Candymakers’ Alan Sweet, with a goal to bring musicians from all over the area, different bands and genres – together over a shared love of some of the most iconic bands, moments, and albums in the history of music. Hive Event Consulting, based out of the Quad Cities, is owned by Kate Dale and Jason Gilliland.

With over 20 years combined experience in concert and festival production, Hive Event Consulting was developed in effort to offer Jason & Kate’s expertise to the greater Quad Cities area and beyond to expand its concert & festival offerings to the community. Kate's and Jason’s résumé includes working for such festivals, venues, and events such as River Roots Live, Camp Euforia, Street Fest, the Redstone Room, the Capitol Theatre, Dawn & On Music Festival, Alternating Currents, and more.

Murphy Park is the brand-new bandshell and park located at The Bend development in East Moline, and Sweatstock will be the second major event hosted at this new venue after this summer's relocation of the Mississippi Valley Blues Festival in early July. Murphy Park Events is owned by Tyler Murphy, and features a weekly concert series on Wednesday nights, as well as an array of private and public events.

Admission to Sweatstock is $15 for single-day access and $25 for a weekend pass, with ages 14 and under free with a paid adult. For more information and tickets, visit SweatstockQC.com.