Ya Maka My Weekend, August 10 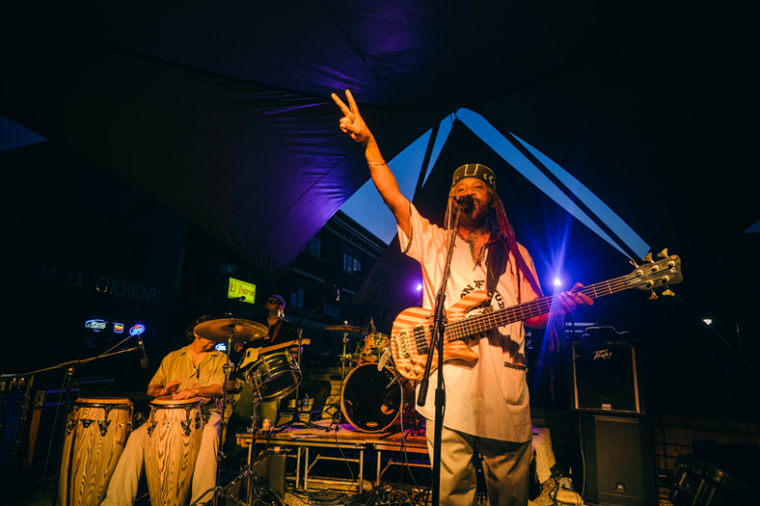 Lazo at Ya Maka My Weekend in the District of Rock Island -- August 10.

In 1992, the District of Rock Island hosted its very first outdoor festival with the debut of its Caribbean-themed celebration Ya Maka My Weekend. Twenty-seven years later, the District's longest-running annual tradition will continue with 2019's Daiquiri Factory-sponsored Ya Maka My Weekend on August 10, an event boasting a marketplace, arts and crafts vendors, ethnic food of all flavors, and concert sets by six sizzling musical acts.

Meanwhile, a sextet of gifted and exciting soloists and bands will fill the District with the sounds of the Caribbean. With popular singer/songwriter Doug Brundies performing in the festival's Coconut Cove at 5:45 and 9:15 p.m., the Indianapolis-based roots rockers and reggae artists of Kingly T will unveil their Jamaican-conscious sound on the Great River Plaza Stage, at 4:15 p.m., the band's 2019 album Working Woman hitting the top 10 on BMS Radio Chicago's “Hits We Love” chart. Playing a 5 p.m. Ya Maka My Weekend set, Indika is the six-time winner of the Martin International Music Awards' “Best Reggae Band” citation, with its Chicago-based musicians boasting nearly 150 years of professional reggae, calypso, and soca performance between them.

At 7:30 p.m., Ya Maka My Weekend attendees will enjoy the Caribbean stylings of Midwestern Iowa's Jumbies, with band members Stan Dahl, Creighton Gaynor, Tyler Coleman, Corbin Brooks, and Rob Abrams delivering a high-energy performance of funk and Afro-Cuban rhythms. Indika returns to the Great River Plaza Stage at 9:15 p.m., this time in the company of Karl “Kofi” James, one of the founding members of the reggae band Roots Stem & Branches that released 10 albums between 1983 and 2000. And wrapping up the 2019 Ya Maka My Weekend festivities is an 11p.m. set with the nationally touring talents of Lazo & Exodus, with bandleader Lazo a former lead vocalist for Bob Marley's band The Wailers, and his ensemble scheduled to perform a spectacular tribute to Marley as the festival's climactic act.

Admission to the District of Rock Island's August 10 Ya Maka My Weekend festival is $10 ($5 after 10:30 p.m.), the gates open at 4 p.m., and more information is available by visiting DaiquiriFactory.com.