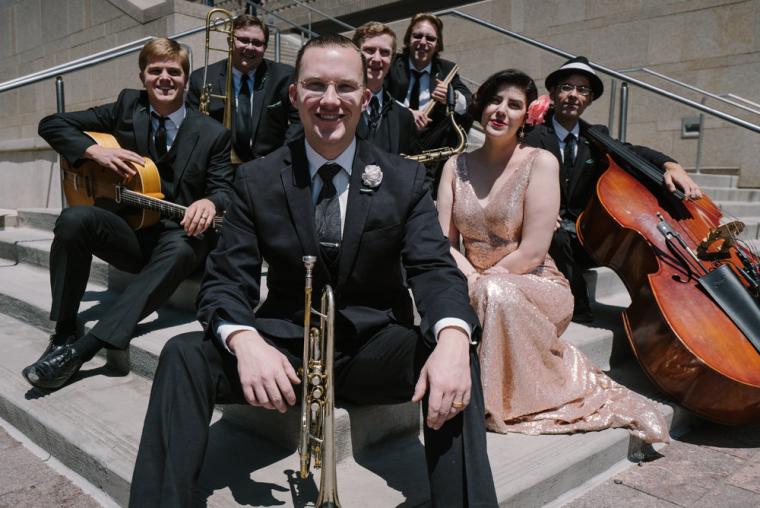 The in-person concerts and workshops for this year's celebration may be canceled due to COVID-19, but the jazz music, on July 31 and August 1, will most certainly go on in the 49th-Annual Bix Beiderbecke Memorial Jazz Festival, with six national and local bands performing in the virtual event held in tribute to the legendary cornet player and Davenport native.

Among the bands participating in this year's festival are Joe Smith & the Spicy Pickles, based in Denver, Colorado, and Vine Street Rumble, whose musicians hail from Kansas City, Missouri. Originally based in Iowa, Joe Smith formed his band in January of 2013, and the group recorded its self-titled debut album that year before moving relocating to Denver, where they recorded the EPs Extra Spicy in 2013 and Rocky Mountain High in 2014. A trio of studio albums followed with High-Fidelity, Blues a Mile High, and Gin & Moonlight, and Joe Smith & the Spicy Pickles' music has also been heard in international commercials and the 2017 film Killing of a Sacred Deer by Oscar nominee Yorgos Lanthimos.

With jazz historian and author Jan Evensmo calling their music “a wonderful visit to the past … and hopefully to the future,” Kansas City's Vine Street Rumble is directed by Kent Rausch, who formed the group “to honor the legacy of the 'golden era' of our city's world-renowned jazz history.” Performing the hot swing music of Count Basie, Jay McShann, Andy Kirk, Mary Lou Williams, and other jazz legends, Vine Street Rumble released a hit album with Yeah Man!, and inspired Vincent Pelote of Rutgers University's Institute of Jazz Studies to call the musicians “one of the swinging-est outfits I have heard in a long time!”

Based closer to the Quad Cities, the virtual 49th-Annual Bix Beiderbecke Memorial Jazz Festival will also boast performances by the Chicago Cellar Boys and Des Moines' NOLA Jazz Band. Formed in 2017 and led by jazz great Andy Schumm, the Chicago Cellar Boys have been Sunday-night staples at the Honky Tonk BBQ in the Windy City's Pilsen neighborhood, and the band prides itself on its authentic and bold approach in interpreting the jazz and hot-dance styles of the 1920s and 1930s. And the NOLA Jazz Band debuted at the Des Moines Social Club in March of 2015, and have since played festivals and concert engagements throughout Iowa and the Midwest, with their albums including Genesis: Live from the ARK and NOLA Jazz Band: Fat Tuesday LIVE.

Joining these four exciting groups for the two-night online concert event are the local artists of the Bix Youth Band and the Josh Duffee Quartet, all of them devoted to continuing the legacy one of the most influential jazz soloists of the 1920s. A cornet player noted for an inventive lyrical approach and purity of tone, Beiderbecke's solos on seminal recordings such as “Singin' the Blues” and “I'm Coming, Virginia” demonstrate a gift for extended improvisation that heralded the jazz ballad style, in which jazz solos are an integral part of the composition.

Although viewing of the July 31 and August 1 concerts is free, donations will be happily accepted, as the annual festivals help sponsor the Bix Youth Band and its director, provide music scholarships, and promote traditional jazz-era music and Bix history to community members. For more information on this year's virtual Bix Beiderbecke Memorial Jazz Festival and to view its concerts on the Bix YouTube channel, visit BixSociety.org.