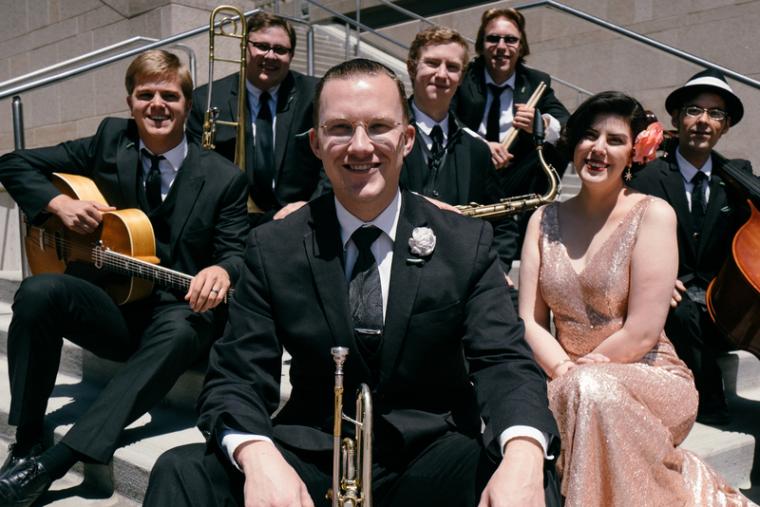 Returning to a weekend of live performances following last year's virtual version of the event, the Bix Beiderbecke Memorial Jazz Festival will, from August 5 through 7, again enjoy residency at the Rhythm City Casino Resort Event Center, with the Davenport venue hosting no fewer than 25 individual sets by nine assemblages of thrilling jazz talents.

With concerts taking place from 6 to 11 p.m. on August 5 and from 11:30 a.m. to 11 p.m. on August 6 and 7, Rhythm City will host a trio of engagements with the nascent jazz talents of the Bix Youth Band, who will perform at 6 p.m. on Thursday and 11:30 a.m. on Friday and Saturday. The student jazz performers will be joined in the Bix Beiderbecke Memorial Jazz Festival lineup by eight other gifted ensembles scheduled to perform three individual sets apiece over the festival's three days: Andy Schumm and his touring outfit the Chicago Cellar Boys; the Cakewalkin' Jazz Band out of Toledo, led by jazz great Ray Heitger; South Minneapolis' popular outfit Southside Aces; the Mortonia Sextet, with its performing team of All-Stars led by Hal Smith and Dave Kosmyna with Dave Bennett; the 10-piece dance band The Graystone Monarchs, whose own All-Stars are led by area jazz favorite Josh Duffee; the Des Moines-based talents of the NOLA Jazz Band; Valerie Kirchoff and her nom de jazz Miss Jubilee with her Yas Yas Boys; and, hailing from Denver, Colorado, the soaring swing-music masters that are Joe Smith & the Spicy Pickles.

The 2021 Bix Beiderbecke Memorial Jazz Festival will also boast a special appearance by Bix Fest pioneer Bill Allred, and will feature a handful of area concerts held in conjunction with the events at the Rhythm City Casino Resort Event Center: a performance with the NOLA Jazz Band at Davenport's Putnam Museum & Science Center on August 5 at 3 p.m.; the annual gravesite concert at Oakdale Cemetery on August 7, with this year's headliners the Cakewalkin' Jass Band; and, as a special treat on July 31, 5:30 to 8 p.m. concert sets with the Bix Youth Jazz Band and the NOLA Jazz Band taking place in Davenport's River Music Experience courtyard.

A legendary jazz cornet player and Davenport native, Bix Beiderbecke was one of the most influential jazz soloists of the 1920s, a musician noted for his inventive lyrical approach and purity of tone who delivered such clarity of sound that one contemporary famously described it like "shooting bullets at a bell." He composed or played on recordings that are jazz-classic standards – among them "Davenport Blues," "In a Mist," "Copenhagen," "Riverboat Shuffle," "Singin' the Blues," and "Georgia on My Mind" – and his solos on such seminal recordings demonstrate a gift for extended improvisation that heralded the jazz ballad style in which jazz solos are an integral part of the compositions.

More information on all of the concert events scheduled for the August 5 through 7 2021 Bix Beiderbecke Memorial Jazz Festival is available by visiting BixSociety.org.