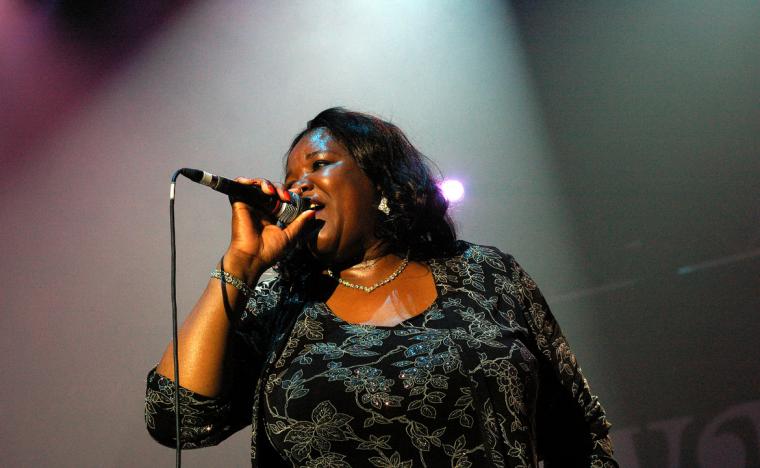 After a 2020 program held virtually, Iowa City's beloved Soul & Blues Festival is back to enthrall live audiences on July 30 and July 31, with this year's assemblage of amazing local and regional performers including blues sensation and headliner Nora Jean Wallace, the Chicago-based artist who inspired Blues Blast magazine to rave, “Wallace is the real deal and her songs are worth repeated listens.”

This year's festival begins at 6 p.m. on July 30 with a dance party hosted by DJ Freeze of Claszic Sounds Entertainment. A former child musician practiced on multiple instruments, Freeze has been entertaining crowds as a mobile DJ for more than 30 years, and 2021 marks his third year hosting the Soul & Blues Fest's Friday-night dance party. At 10 p.m., the DJ will also be hosting a Soul & Blues Festival at the Eden Lounge Nightclub at 217 Iowa Avenue in downtown Iowa City.

The following day at 12:30 p.m., the Soul & Blues Festival continues with a set by local blues legend Kevin Burt, a self-taught musician whose smooth, warm vocal presentation sets a mood of relaxed exhilaration with a welcome mixture of serious music and infectious humor that audiences of all ages seem to enjoy. Ship of Fools, a youth band from Eastern Iowa Arts Academy, performs at 1:30 p.m., while the Des Moines outfit The String Prophets take the stage at 2:30 p.m. As a double entrant into the Iowa Blues Hall of Fame and the Iowa Rock and Roll Hall of Fame, the group's Bob Pace is a guitarist, singer, and songwriter, and along with world-class fiddle player Kathryn Severing-Fox, the two make up an acoustic guitar and violin duo that incorporate humor and audience participation.

The evening festivities start at 5 p.m. with a performance by the Ivy Ford Band. Ivy Ford is versatile, talented, and an old-soul indigo artist whose gift connects those who are around her and those who listen. While she is a multi-instrumentalist, most know her these days for her guitar playing and singing the blues, and whether she's leading a full band or serenading a small audience solo on stage, Ivy Ford commands an energy that is most magical. At 7 p.m., Soul & Blues Fest attendees can enjoy the high energy performance of the JC Brooks Band, an ensemble that has shared stages with a staggering array of artists that includes Robert Plant, Buddy Guy, Chicago, and many more.

And finally, at 9 p.m., Nora Jean Wallace closes out the festival. The seventh child of a Mississippi sharecropper, Wallace grew up in the Delta with her 15 brothers and sisters on the 11,000-acre Equen plantation located halfway between Clarksdale and Greenwood, the town where she was born. She grew up working the cotton fields during the day and enjoyed family-music therapy on the weekends at her grandmother’s juke joint, and the artist's big break came in 1985, when Jimmy Dawkins saw Wallace performing at a local Chicago club and hired her on the spot. For the next seven years, she toured the world, refined her performing skills, and acquired an international fan base, leading Rock and Blues Muse to state that the performer "is going to make a whole lot of people remember her name."

The 2021 Soul & Blues Festival will take place on the event's traditional block of Iowa Avenue between Dubuque and Linn Streets, admission to the July 30 and 31 festival is free, and more information is available by calling (319)337-7944 and visiting SummerOfTheArts.org.