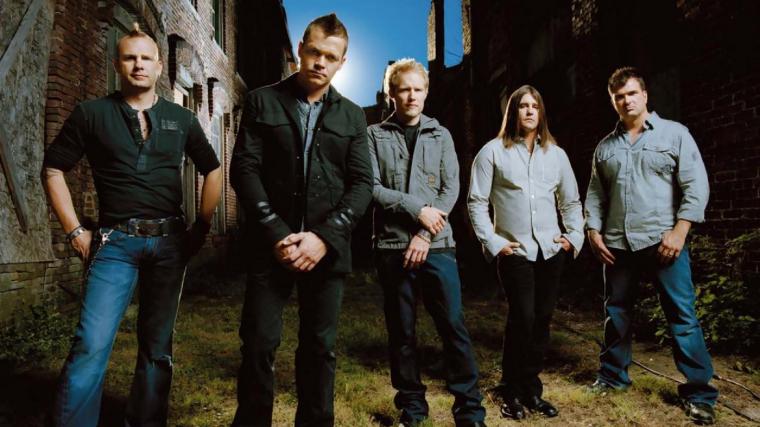 Touring nationally on their “The Better Life 20th Anniversary Tour,” the multi-platinum-selling, Grammy-nominated alternative rockers of 3 Doors Down play their eagerly awaited concert at East Moline venue The Rust Belt on September 10, the band lauded and adored for chart-topping hits including “It's Not My Time,” “”Here Without You,” and their iconic smash “Kryptonite.”

Originally based in Escatawpa, Mississippi, and formed in 1996, 3 Doors Down's first lineup boasted Brad Arnold on lead vocals and drums, Matt Roberts on lead guitar and backing vocals, and Todd Harrell on bass guitar. With their very first album The Better Life, the band achieved massive success through songs such as "Loser," "Duck and Run," "Be Like That," and what would go on to perhaps be the group's signature hit: "Kryptonite," which placed in the top three on the Billboard Hot 100 chart, topped the Alternative and Mainstream charts, and was eventually certified quadruple-platinum by the RIAA. The Better Life went on to become the 11th-best-selling album of 2000, and was ultimately certified 6x-platinum in the United States. 3 Doors Down followed the release with 2002's Away from the Sun, which peaked at number eight on the Billboard 200 and was certified 4x-platinum. Its single "When I'm Gone," meanwhile, reached number one on the Mainstream Rock chart, while another of the album's singles, "Here Without You," reached number one on the Adult Pop Songs chart and was double-platinum certified.

In 2005, 3 Doors Down's third studio album Seventeen Days debuted at the top of the Billboard 200 chart and was certified platinum within one month of its release. The band continued their staggering success with their next two albums, 2008's self-titled 3 Doors Down and 2011's Time of My Life, which respectively debuted at numbers one and three on the Billboard 200 chart. Their most recent album, Us & the Night, was released in 2016, and 3 Doors Down is currently working on new material for the ensemble's seventh studio album, with the ensemble's lineup, for the past several years, composed of co-founder Arnold, rhythm and lead guitarist Chris Henderson, drummer Greg Upchurch, lead and rhythm guitarist Chet Roberts, and bass player Justin Biltonen. Having sold in excess of 15 million albums since the group's inception, 3 Doors Down's accolades have included a Grammy nomination for Rock Performance by a Duo or Group with Vocal and three nominations – one of them resulting in a win – at the American Music Awards.

3 Doors Down performs locally on September 10 with an opening set by Chayce Beckham, admission to the 8 p.m. concert is $59-174, and more information and tickets are available by visiting TheRustBeltQC.com.