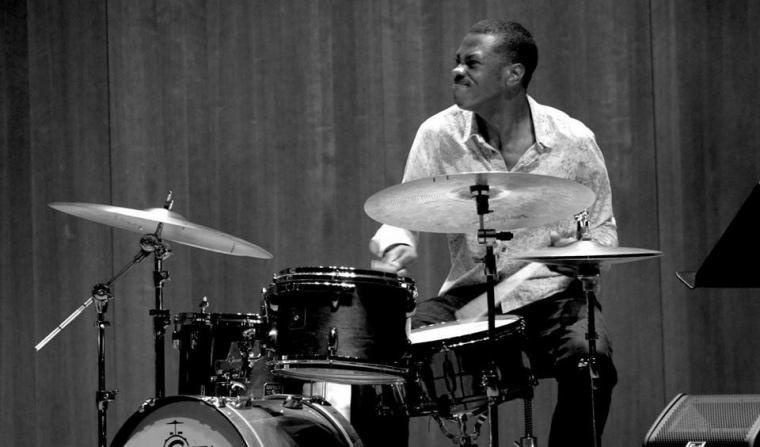 His Bill Bell Jazz & Heritage Festival performance taking place at the Redstone Room on August 18, drummer, composer, and arranger Xavier Breaker has played with such renowned jazz artists as Joe Sample, Randy Crawford, Howard Hewitt, Lalah Nathaway, and Jonathan Scales. Formed in 2013 as an effort to design a group that could thrive in a variety of musical situations, the Xavier Breaker Coalition has opened for groups including Brian Auger's Oblivious Express and and the HBC trio of Scott Henderson, Jeff Berlin, and Dennis Chambers, with Breaker himself a frequent musician for Chicago's Corey Wilkes, Kahil El Zabar, and the Chicago Jazz Orchestra. His outfit has been featured in numerous festivals including the Chicago Jazz Festival and has been the house band for the Keilworth “Saxophone Idol” competition since its 2013 inception, with the group's debut album Dreamology released in 2015.

In addition to Sunday's 6 p.m. concert with the Xavier Breaker Coalition, the Redstone Room will host a 4 p.m. set with Quad Cities jazz master James Culver, whose Kuchina Jazz Collective also boasts the talents of Manuel Lopez III, Daniel Leahy, Ron Wilson, and Mike Nellas. A variety of additional events, meanwhile, are scheduled for Friday and Saturday at Martin Luther King Jr. Park. On Friday, the Bill Bell Jazz & Heritage Festival presents outdoor concerts with PlayThangs (7:15 p.m.) and the Joe Metzka Band (8:45 p.m.) preceded by a festival-opening showcase with students from the Metropolitan Youth Program at 5:15 p.m. And on Saturday, the park will house children's activities including a reading tent in which free books will be distributed, a Terange House Drum Circle (noon), a dance workshop with Karen Roebuck (1:30 p.m.), panel discussions on sickle-cell anemia (1:30 p.m.) and mental health (2:45 p.m.), and concert sets with Been There Done That (4 p.m.), The Peña Brothers (5 p.m.), Pippi Ardennia and Daniel Leahy (7 p.m.), and the Ed East Latin Jazz Ensemble (8:45 p.m.).

“Our grandparents and parents contributed greatly, both physically and creatively, to the building of the Quad Cities,” says festival organizer Shellie Moore-Guy, “and we wish to sow the seeds of our unique culture for generations to come. We are dedicated to creating and growing an exciting and sustainable event that audiences, locally and regionally, can relate to. We are building and growing a festival reflective of, and befitting, the cultural diversity that builds and sustains the Quad-City area.”

Admission to all of the concerts and activities in the Bill Bell Jazz & Heritage Festival is free, and more information is available by visiting Facebook.com/polyjazzheritagefest.