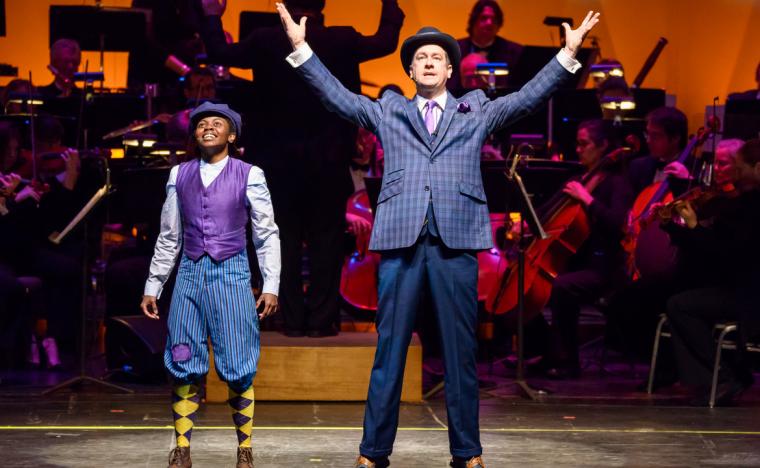 Soaring, swooning music by George Gershwin, Leonard Bernstein, and the Quad City Symphony Orchestra will fill the air in three Davenport venues on April 27 and 28, and the gifted professional musicians of the QCSO lend their talents to a trio of events: the family concert Gershwin's Magic Key on April 27, and the annual Side-by-Side and Community-Wide Side-by-Side concerts on April 28, the latter featuring a musical tribute to West Side Story.

Performed by the QCSO and touring members of Classical Kids Live!, the roughly 50-minute Gershwin's Magic Key tells of a chance meeting on the streets of New York City between a poor newspaper boy and the great American composer George Gershwin. The orchestra magically weaves Gershwin’s greatest hits into the drama as the master composer shares historical anecdotes about his life and musical passion, and a bonding friendship develops between the child and the composing legend as they explore the vast melting pot of American music and discover the key to unlocking the boy’s own musical potential. Family audiences are sure to be captivated by this touring production boasting QCSO musicians, with some of Gershwin’s most popular classical compositions – among them tunes from Porgy & Bess and An American in Paris and “Rhapsody in Blue” – heard alongside popular hits from the American Songbook including “I Got Rhythm” and “Someone to Watch Over Me.” 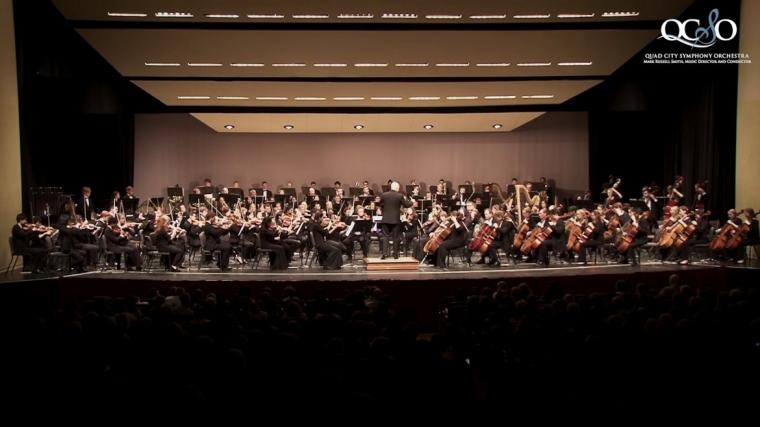 In a busy weekend for Quad City Symphony Orchestra musicians, Saturday's performance of Gershwin's Magic Key will be followed by the ensemble's two annual Side-by-Side concerts on Sunday. In the QCSO/QCSYE Side-by-Side, all five of the organization's ensembles perform side-by-side with another ensemble, including a performance of the Youth Symphony Orchestra with the Quad City Symphony Orchestra featuring the QCSYE Concerto Competition Grand Prize Winner Axel Ferguson on oboe. Ensemble members come from the greater Quad Cities, as well as other communities in southeast Iowa and northwest Illinois. And with Mark Russell Smith conducting, Quad Citians and those in surrounding areas are invited to join the QCSO for the fourth-annual Community-Wide Side by Side, in which musicians of all ages and skill levels perform selections from Leonard Bernstein's seminal musical West Side Story, with the only requirement being that participants read music. (Registration is $25 and includes a T-shirt.)

Gershwin's Magic Key will be presented at Davenport Central High School's Performing Arts Center at 2 p.m. on April 27, with the April 28 QCSO/QCSYE Side-by-Side at Davenport's Adler Theatre at 3 p.m. and the Community-Wide Side-by-Side in the adjoining RiverCenter's Great River Hall at 6:30 p.m. For more information on, and tickets, to all three events, call (563)322-7276 or visit QCSO.org.