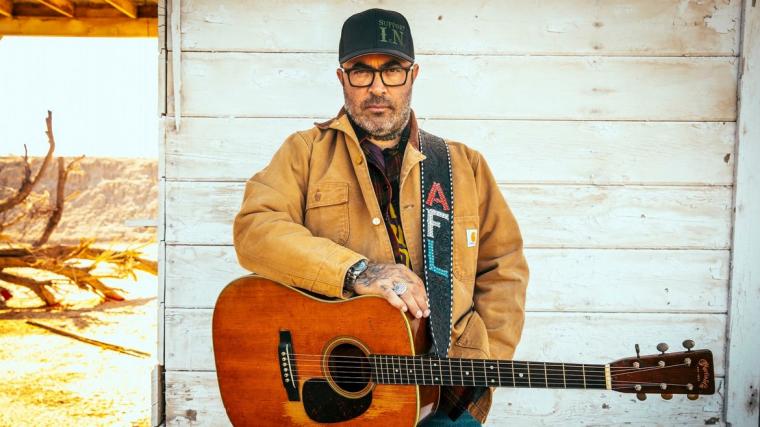 Touring in support of his 2019 album State I'm In, Aaron Lewis – the chart-topping outlaw-county singer/songwriter and co-founder of rock outfit Staind – headlines an acoustic February 15 concert at Davenport's Rhythm City Casino Resort Event Center, treating fans to a repertoire that inspired Saving Country Music to rave, “Aaron's voice comes with a familiarity and richness of tone that endears itself to the songs he writes.”

Prior to his solo career initiated at the start of the last decade, Aaron was primarily known as the lead vocalist, rhythm guitarist, and founding member of the alternative-metal band Staind, with whom he released seven albums. After achieving moderate success with 1996's Tormented and 1999's Dynfunction, Staind's number-one smash “It's Been Awhile” led to its album Break the Cycle topping the Billboard 200 chart in 2001, eventually earning triple-platinum sales and scoring additional hits in “For You,” “Fade,” and “Outside.” The band's 2003 14 Shades of Grey and 2005 Chapter V also reached number one while 2008's The Illusion of Progress landed at number three. But in 2010, Lewis completed his first EP of country music with Town Life and found his decision to switch genres leading to the chart-topping position on Billboard's U.S. Country chart and number-three on the U.S. Rock chart. His first full-length solo album followed with 2012's The Road, a recording for which Lewis wrote nine of its 10 songs and launched hit singles in “Endless Summer” and “Forever.”

Although he reunited with the on-hiatus Staind for an eponymous album in 2011 that peaked at number five on the Billboard 200, Lewis has spent most of the last decade as a solo performer, with his 2016 album Sinner reaching number one on Billboard's U.S. Country chart and number four on the Billboard 200. Released last spring one day before his 47th birthday, State I'm In debuted at number two on the Country chart and found Lewis co-writing several tracks with equally gifted collaborators, among them Dan Tyminski, Keith Gatti, and Waylon Payne. The album has also earned Lewis some of his strongest critical notices to date, with Music Mayhem praising its “deep tales and personal lurics.” In an interview with the magazine, Lewis said, “It’s always nice to put some new stuff in there and even better when people react to it the way people have been reacting to these new songs. They’re hearing them for the first time and reacting to them like they’ve known them. And the reaction to the songs was like they were a song off their favorite record. That’s always motivating and hopeful.”

Aaron Lewis brings his “Acoustic Songs & Stories” tour to the Davenport resort's Event Center on February 15, admission to the 8 p.m. concert is $35-70, and more information and tickets are available by calling (844)852-4386 or visiting RhythmCityCasino.com.