Adrianne Hall: “A Tribute to Carole King,” May 20 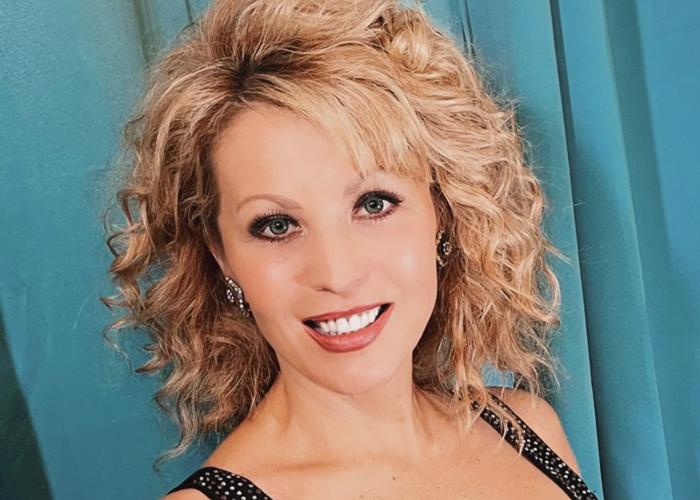 Adrianne Hall: “A Tribute to Carole King" at the Rhythm City Casino Resort Rhythm Room -- May 20.

The iconic artist behind chart-topping albums Tapestry, Music, and Wrap Around Joy will be celebrated at Davenport's Rhythm City Casino Resort Rhythm Room on May 20 when the venue hosts vocalist Adrianne Hall's A Tribute to Carole King – an hour of music featuring songs made famous by the legend behind “It's Too Late,” “I Feel the Earth Move,” “Jazzman,” “Nightingale,” and other timeless hits.

A singer, songwriter, and musician who has been active since 1958, initially as one of the staff songwriters at the Brill Building and later as a solo artist, King is regarded as one of the most significant and influential musicians of all time. She is also the United States' most successful female songwriter of the latter half of the 20th century, having written or co-written 118 pop hits on the Billboard Hot 100. Of those songs, 61 of them charted in the United Kingdom, as well, making her the most successful female songwriter on the U.K. singles charts between 1962 and 2005. Over the course of her career, the now 80-year-old King released 17 studio albums, four live albums, seven compilation albums, one soundtrack album, and 33 singles as a lead artist, as is ranked by Billboard as the 73rd Greatest Artist of all time.

King's major success began in the 1960s when she and her first husband Gerry Goffin wrote more than two dozen charting singles, many of which have become standards, for numerous artists. The artist's success as a performer in her own right did not come until the 1970s, when she sang her own songs, and accompanied herself on the piano, in a series of albums and concerts. After experiencing commercial disappointment with her debut album Writer, King scored her breakthrough with the album Tapestry, which topped the U.S. album chart for 15 weeks in 1971, remained on the charts for more than six years., and has enjoyed global sales of more than $30 million.

Although her most successful recording remains Tapestry, which held the record for most weeks at number one by a female artist for more than 20 years, King has made 25 solo albums, with her sales estimated at more than 75 million copies worldwide. She has won four Grammy Awards and was inducted into the Songwriters Hall of Fame, and has twice been inducted into the Rock and Roll Hall of Fame, both as a performer and a songwriter. In addition, King is the recipient of the 2013 Library of Congress Gershwin Prize for Popular Song – the first woman to be so honored – and was a 2015 Kennedy Center Honoree, and in 2013, she was celebrated in the Broadway jukebox musical Beautiful: The Carole King Musical. The production finally closed in 2019 after 60 previews and 2,418 regular performances, making it the 27th-longest-running musical in Broadway history, and the show earned its star Jessie Mueller a Tony Award for Best Leading Actress in a Musical.

Vocalist Adrianne Hall and her band perform their musical celebration A Tribute to Carole King at the Rhythm City Casino Resort Rhythm Room on May 20, with the 8:30 p.m. concert followed by a 9:45 set with local classic-rock artists The Tailfins. Admission is free, and more information is available by calling (563)328-8000 and visiting RhythmCityCasino.com.