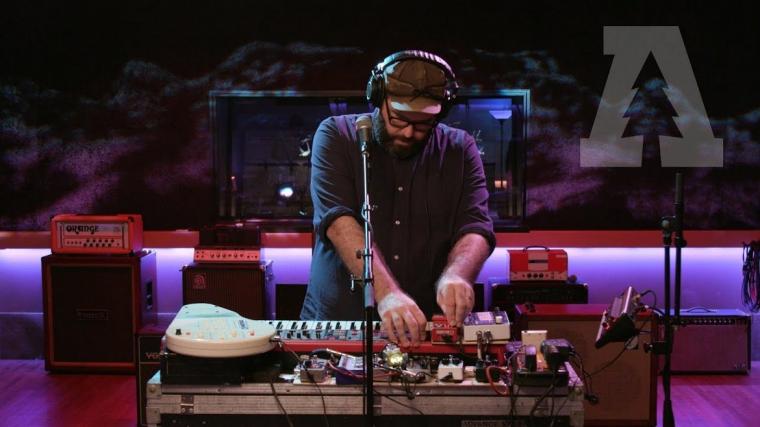 Performing in support of his 2018 album Animal Companionship, a release that Pop Matters called the artist's “most cohesive and accomplished work yet,” Chicago-based singer/songwriter Owen Ashworth brings his solo project Advance Base to Rock Island's Rozz-Tox on June 22, the artist's most recent recording inspiring Stereogum.com to rave, “In its sharp and unrelenting and empathetic specificity, this is some real masterly heart-wrecker music.”

Born in Redwood City, California in 1977, Ashworth began making lo-fi pop songs on Casio keyboards in 1997, which led directly to the creation of his solo project Casiotone for the Painfully Alone, which remained active from 1997 to 2010. Over that time, Ashworth released five studio albums including the critically acclaimed Etiquette, Twinkle Echo, and Answering Machine Music, and frequently toured the country alongside fellow indie artists including The Donkeys, Papercuts, David Bazan, and Xiu Xiu. The band played its final show on December 5, 2010 – the 13-year anniversary of its very first show – and Ashworth moved on to Advance Base, which he established in 2011. Featuring an organic-sounding mix of acoustic instrumentation and minimal electronics, Advance Base released its first full-length album A Shut-In's Prayer in 2012, a work that marked Ashworth's continued growth as a songwriter and arranger, boasting more detailed production and increased usage of piano and autoharp in addition to keyboards and drum machines.

Ashworth's sophomore release under the Advance Base moniker came with 2015's Nephew in the Wild, a work that Pitchfork praised for the singer/songwriter's “richly detailed portraits of characters fighting to achieve adulthood despite persona failings, everyday struggles, and diminished horizons.” And the rave reviews have continued for Animal Companionship, a haunting and thoughtful collection exploring the collective relationships we have with our pets and with one another. According to London in Stereo, “From the delicate instrumentation on ‘Dolores & Kimberly’ that seems to trigger goosebumps on cue, to hearing Ashworth drolly imitate barking on ‘Your Dog,' it’s an album that deserves an honest listen and truly leaves the listener with a better sense of self and sensitivity.”

Advance Base plays Rozz-Tox on June 22 with opening sets by Claire Cronin and Liv Carrow, admission to the 9 p.m. concert is $8, and more information is available by calling (309)200-0978 o visiting RozzTox.com.