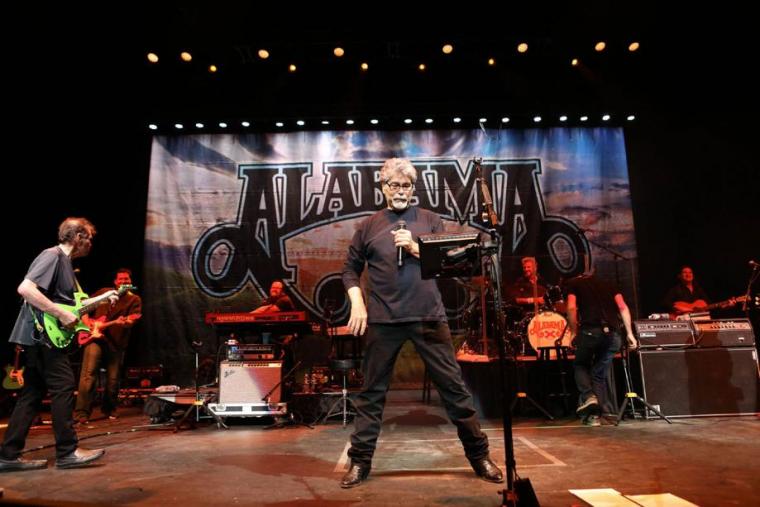 Alabama at the TaxSlayer Center -- October 13.

One of the most popular and influential country and Southern-rock bands in history makes a long-awaited appearance at Moline's TaxSlayer Center on October 13, with the chart-topping talents of Alabama performing in their 2018 “The Hits Tour,” and demonstrating why AllMusic.com wrote, “It's unlikely that any other country group will be able to surpass the success of Alabama.”

Formed in Fort Payne, Alabama, in 1969, the band was originally founded by Randy Owen (lead vocals, rhythm guitar) and his cousin Teddy Gentry (bass guitar), with the duo soon joined by their other cousin Jeff Cook (lead guitar, fiddle, and keyboards) – the same lineup playing the TaxSlayer Center on October 13. First operating under the moniker Wildcountry, the group toured the Southeast bar circuit in the early 1970s and began writing original songs, eventually changing their name to Alabama in 1977. Following the chart success of singles including “I Want to Be with You Tonight” from 1977's Deuces Wild, Alabama was approached by RCA Records for a record deal, and landed two chart-topping smashes on Billboard's U.S. Country chart with “Tennessee River” and “Why Lady Why,” songs from the 1980 album My Home's in Alabama.

Alabama's biggest success came in the 1980s, a decade in which the band had close to 30 number-one hits and released seven multi-platinum-selling albums. “Tennessee River” began a streak of 21 chart-topping singles, among them 1981's “Love in the First Degree,” 1982's “Mountain Music,” 1983's “Dixieland Delight,” 1984's “If You're Gonna Play in Texas (You Gotta Have a Fiddle in the Band),” and 1988's “Song of the South.” While Alabama continued to produce hit singles and multi-platinum albums in 1990s, the musicians briefly disbanded in 2003 following a farewell tour and two albums of inspirational music. But they reunited in 2010, and to date, Alabama has found 30 of its albums hitting number-one on Billboard's country charts, with their sales of more than 75 million records making them the most commercially successful band in country-music history.

Alabama is also the most awarded band in the history of country music, having earned over 200 awards from a variety of organizations. In 1981, Alabama won Country Music Association (CMA) Awards as both Vocal Group of the Year and Instrumental Group of the Year, and received the CMA's prestigious Entertainer of the Year award for three consecutive years, from 1982 to 1984. The group has also received the NARM Gift of Music Award, the Country Radio Broadcasters Humanitarian Award, the Bob Hope Humanitarian Award, and a star on the Hollywood Walk of Fame.

Alabama plays its October 13 concert with an opening set by chart-topping country singer Terri Clark, admission to the 8 p.m. show is $35-125, and tickets are available by calling (800)745-3000 or visiting TaxSlayerCenter.com.