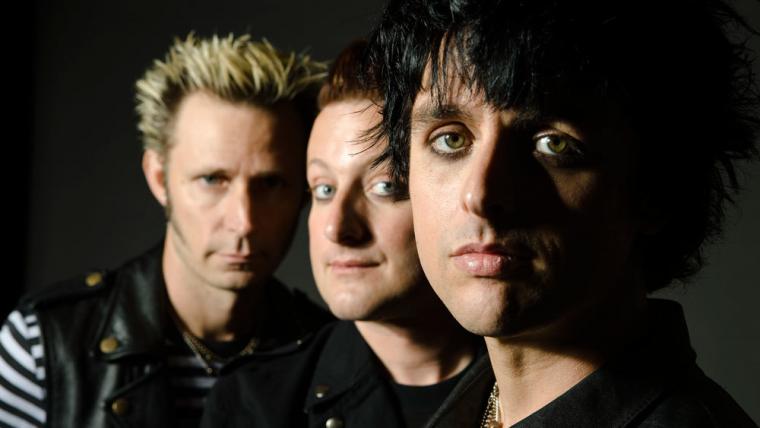 All Sweat Productions' "Green Day" at the Redstone Room -- March 7.

Continuing their presentation of salutes to some of the most iconic artists and albums of all time, the area musicians of All Sweat Productions turn their attentions and affections to a group of modern legends in the Redstone Room's March 7 event Green Day, paying tribute to the American Idiot trio composed of Billie Joe Armstrong, Mike Dirnt, and Tré Cool that has sold more than 75 million records worldwide.

Green Day was originally part of the late-'80s/early-'90s punk scene the DIY 924 Gilman Street club in Berkeley, California. The band's early releases were with the independent record label Lookout! Records, and in 1994, Green Day's major-label debut Dookie, released through Reprise Records, became a breakout success and eventually shipped over 10 million copies in the United States. Subsequent albums Insomniac (1995) and Nimrod (1997) reached triple-platinum status while 2000's Warning achieved gold, and Green Day's seventh album, 2004's rock opera American Idiot, achieved stunning success, selling more than 14 million copies worldwide and becoming the band's first album to top the Billboard 200. The album also spawned five commercially successful singles – “American Idiot,” “Boulevard of Broken Dreams,” “Holiday,” “Wake Me Up When September Ends,” and “Jesus of Suburbia” – and inspired a 2010 Broadway rock opera that was Tony Award-nominated for Best Musical and won awards for Best Scenic Design and Lighting Design. The band was inducted into the Rock and Roll Hall of Fame in 2015, the first year of their eligibility, and additional albums to land in Billboard's Top 10 this millennium have included ¡Uno!, ¡Dos!, Father of All Motherfuckers, and the chart-topping smashes 21st Century Breakdown and Revolution Radio.

A live-music project started in 2016 by The Candymakers' Alan Sweet, All Sweat Productions was designed to gather musicians from throughout the Quad Cities area – all known for different groups and genres – over a shared love of some of some of the most iconic bands, moments, and albums in the history of music. Past Redstone Room shows have included tributes to the Beatles' Abbey Road, Prince's Purple Rain, and The Band'sThe Last Waltz, as well as legendary musical artists including Aretha Franklin, James Brown, and, this past New Year's Eve, Eric Clapton.

All Sweat Productions' salute to Green Take takes the Redstone Room stage at 9 p.m. on March 7, admission is $12-15, and more information and tickets are available by calling (563)326-1333 or visiting RiverMusicExperience.org.