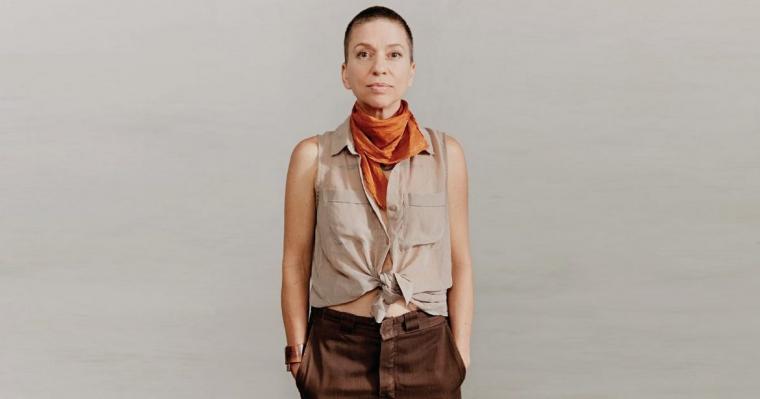 One of the country's most accomplished folk singer/songwriters, Angela Maria “Ani” DiFranco was born in 1970 in Buffalo, New York, and started her career at age nine when her guitar teacher helped her land her first performance. DiFranco quickly became hooked on music, and honed her craft for years before releasing her self-titled studio-album debut in 1990. Since then, she has released more than 20 additional albums, and although her music is most often classified as folk rock and alternative rock, her compositions boast additional influences including punk, funk, hip hop, and jazz. DiFranco has released all of her albums on her own record label, Righteous Babe, and has scored on Billboard charts for recordings including 1998's Little Plastic Castle, 1999's Up Up Up Up Up Up, 2003's Evolve, and 2012's Which Side Are You On?

Having won a Grammy Award for Evolve, DiFranco has also been nominated for eight others, including three citations for “Best Female Rock Vocal Performance” and two for “Best Contemporary Folk Album.” Additionally, the artist has been recognized with the National Organization of Women's Woman of Courage Award, a Gibson Guitar Award for “Best Acoustic Artist – Female,” and the 2009 Woodie Guthrie Award. From the earliest days of her career, DiFranco has also lent her voice and name to a broad range of social movements, performing benefit concerts, appearing on benefit albums, speaking at rallies, and offering info table space to organizations at her concerts and the virtual equivalent on her Web site. In 1999, she created her own not-for-profit organization, and as her hometown newspaper the Buffalo News reported, "Through the Righteous Babe Foundation, DiFranco has backed various grassroots cultural and political organizations, supporting causes ranging from abortion rights to gay visibility.”